No one is better prepared to deal with a harsh winter more than a Stark. But Sophie Turner‘s experiences in Westeros’s cold North probably won’t help her in Quibi‘s Survive. She plays a woman who doesn’t want to live, until she’s forced to fight for her life after a plane crash leaves her and one other passenger stranded on a snow-covered mountain. And as the series’ intense first trailer shows, surviving mother nature won’t be her toughest battle.

“Jane wants to end it all. Then a plane crash almost ends it for her. Now she’s crawling from the wreckage with the only other survivor and a new drive to stay alive. Together they embark on a harrowing journey out of the wilderness, battling brutal conditions in this thrilling drama based on the critically acclaimed novel, Survive, by Alex Morel.”

Survive also stars Corey Hawkins (Straight Outta Compton, Kong Skull Island). Mark Pellington (Arlington Road, The Mothman Prophecies) directs, from a script by Richard Abate and Jeremy Ungar. The series is one of the 50 Quibi shows that will be available on the new streaming site when it premieres on April 6. 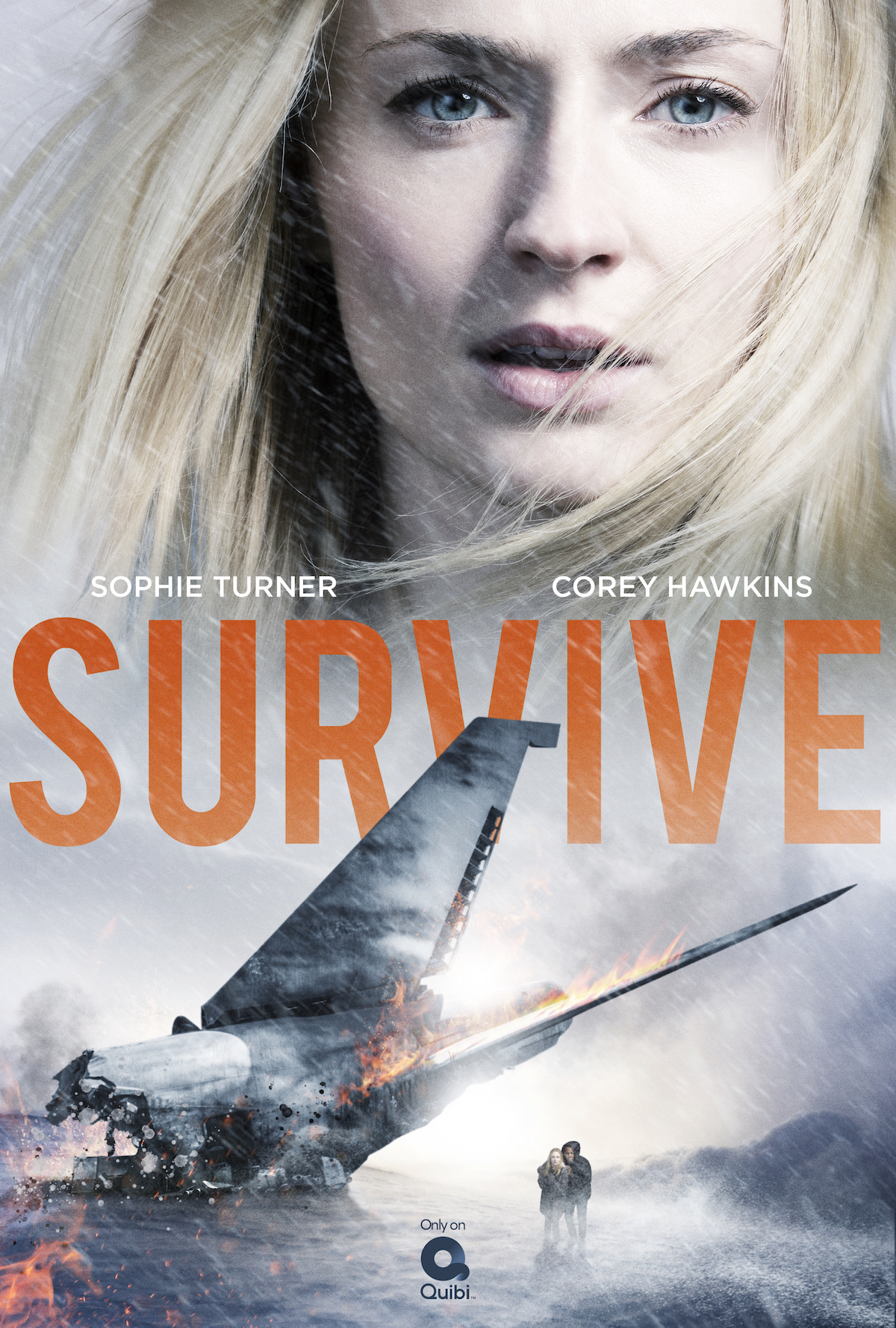 As the name suggests, Quibi will offer “quick bite” entertainment, with installments of no longer than 10 minutes. That shouldn’t be much of an issue for its television shows. Adult Swim has excelled with a similar format forever. But whether or not it will be successful with a movie like Survive remains to be seen.

And while the series is an adaptation of a popular book, the overall premise is not entirely new. Audiences have seen characters have to survive plane crashes into snowy mountains before, like in Alive, The Edge, and The Mountain Between Us. The difference here will be Sophie Turner’s Jane. Those other stories focused on people who wanted to live.

Sansa Stark knew a lot about that, too. So maybe her experience in Westeros actually will help her.