Star Wars is a franchise known for not throwing away any designs. For example, an unused Jabba the Hutt concept for Return of the Jedi was used for the character Azmorigan in Star Wars Rebels, and a Sith witch design for Attack of the Clones became Mother Talzin in Star Wars: The Clone Wars. Seeing art imagined for a film, whether it ended up being used or not, is an educational gift, a look into the process and genesis of locations and character development. It’s why “Art of” books are special, and why we’re excited to share an exclusive look at images from Phil Szostak’s The Art of Solo: A Star Wars Story. Starting with this gorgeous look at Qi’ra’s cape-accented costume: She pulls off a cape well, but not as well as Lando—no one does. The print on this particular design is a Star Wars version of a Hawaiian print shirt, featuring a ship pulled from Ralph McQuarrie art. 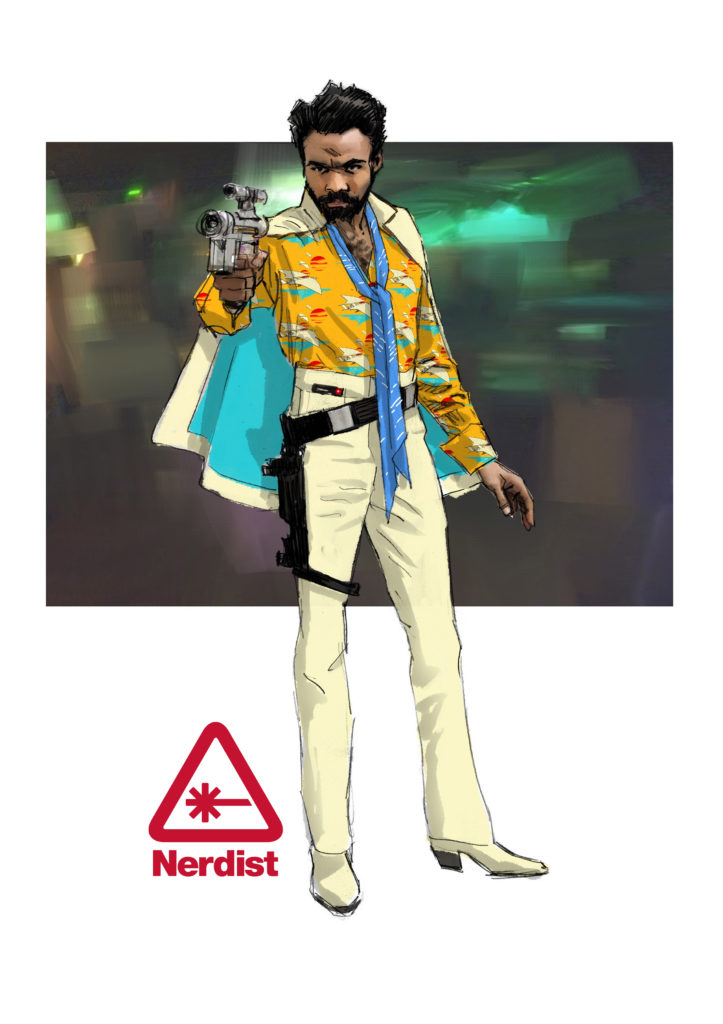 “We wanted to do something colorful like a Star Wars version of a Hawaiian shirt. So in the same way with the pattern on his scarf, I looked to the original trilogy for inspiration and particularly to the Art of Ralph McQuarrie book. In that, I found some great drawings he did of some spaceship-type skiff, that had very bird-like wings. So I used that and created a little scene with two suns over some water and we used that as the repeat pattern.” Dillon

And when it comes to the finer things in life, Dryden Vos’ star yacht has it all. This design isn’t quite the version in the film, but it’s awfully close. 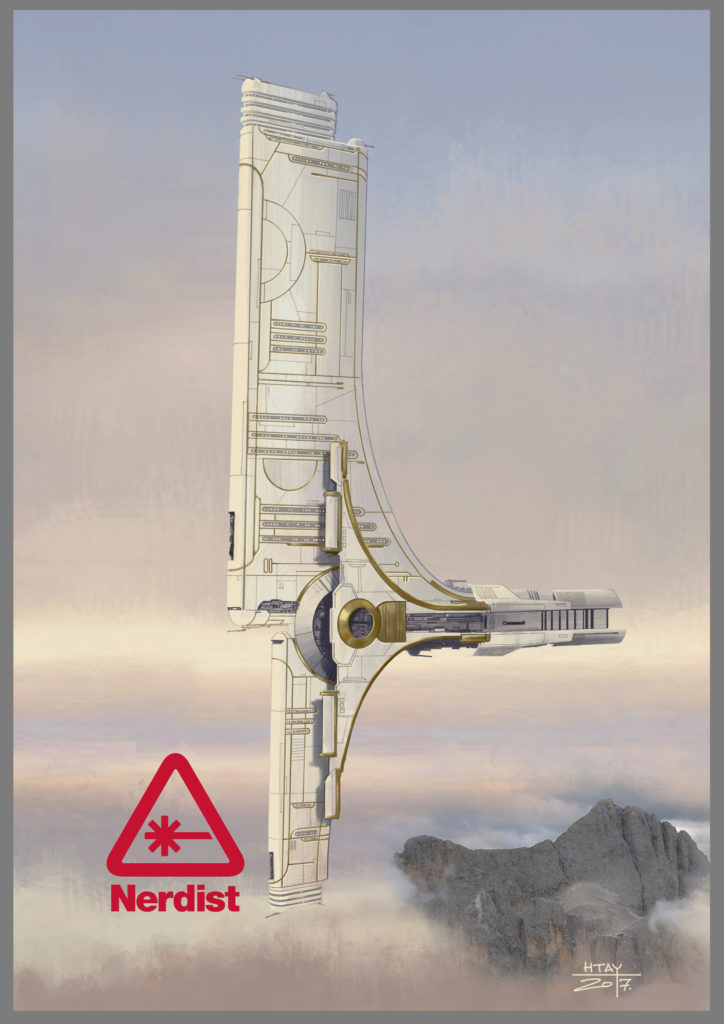 The next image shows just how much things can change in the development process. This art by James Clyne is an idea for Rio Durant, a member of Beckett’s crew. I’m always interested in the various looks for Imperials; these soldiers are fleet troopers. “On Corellia, we made some more black Imperial security uniforms for the women. But some we just did as standard Imperial Officers with britches, and some we gave breastplates to. We didn’t have to do new breastplates because we had that mold and shape done from Jyn’s disguise in Rogue One. That worked very well. We also reused Imperial officers, fleet troopers, and Stormtroopers from Rogue One in the spaceport.” Crossman

And finally, another illustration of Qi’ra’s impeccable sense of fashion.

Solo: A Star Wars Story has arrived to theaters (I’m guessing some of you have already seen it!) and The Art of Solo explores everything from costumes, to vehicles, to weaponry. The Art of Solo: A Star Wars Story is available on May 25. Fly towards the comments and let us know if you’ll be picking up this title.

More from the galaxy far, far away!