Rick and Morty makes viewers wait a looooong time for new episodes. But now the show’s co-creator Justin Roiland is giving fans something to tide them over— an all new animated series. Solar Opposites on Hulu will follow a team of aliens who crash land into suburban America. Some of them love life on Earth. Some of them hate it. But they’re all going to get caught up in the madness that follows their arrival. And based on the first trailer for the show their insane adventures will fill the sci-fi comedy gap in our lives. And we really need that right now.

“Co-created by Justin Roiland (Rick & Morty) and Mike McMahan (ex-writer’s assistant on Rick & Morty), Solar Opposites centers around a team of four aliens who escape their exploding home world only to crash land into a move-in ready home in suburban America. They are evenly split on whether Earth is awful or awesome. Korvo (Justin Roiland) and Yumyulack (Sean Giambroni) only see the pollution, crass consumerism, and human frailty while Terry (Thomas Middleditch) and Jesse (Mary Mack) love humans and all their TV, junk food, and fun stuff. Their mission: protect the Pupa, a living super computer that will one day evolve into its true form, consume them and terraform the Earth.”

Even if you didn’t know about Solar Opposites connections to Rick and Morty you’d be able to tell they were created by some of the same people. In addition to both being absurd sci-fi comedies, they have similar animation styles. More importantly they both have the same smart, over-the-top absurdist humor we love. However, Solar Opposites has the adorable little Pupa going for it. We already love the little creature.

When do you think it will mature and destroy the entire planet? Season 2? 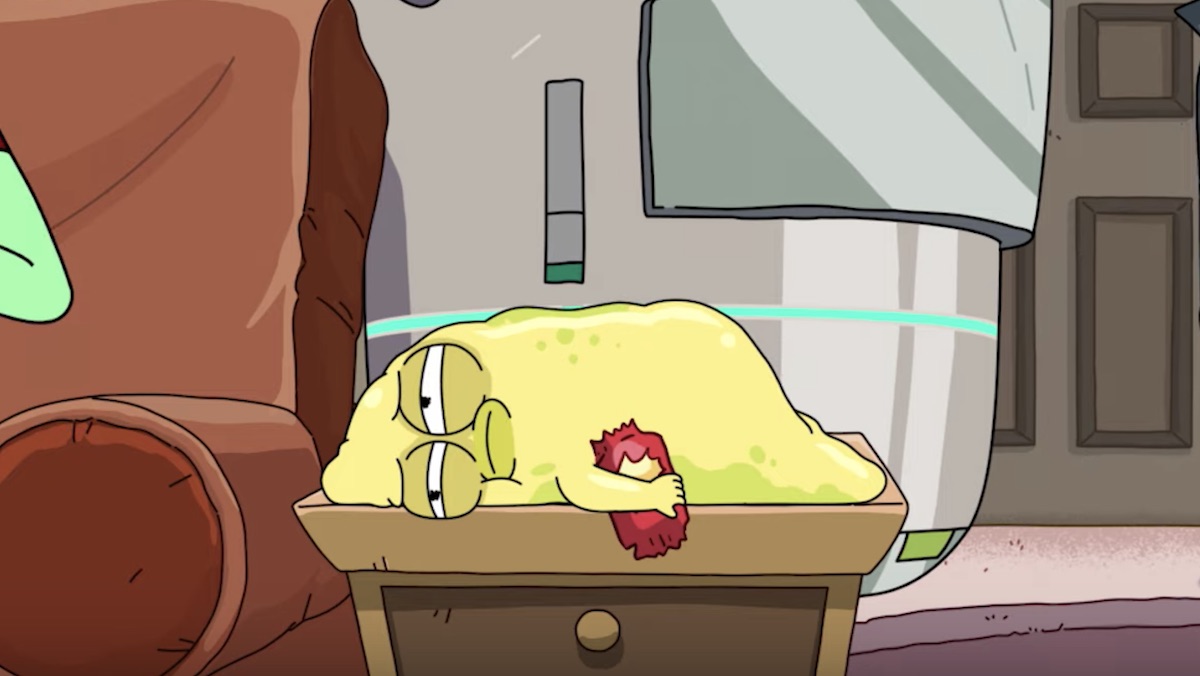 In a statement Justin Roiland and Mike McMahansaid, “Solar Opposites is coming! We can only show you the teaser right now, but the whole season will be out in a matter of weeks! Stay inside and stay healthy so you can watch and love this show and call us geniuses and all that shit.” Seems like a fair trade.

The eight episode first season premieres at Hulu on May 8, 2020. The list of guest voices for season one is genuinely insane. It includes an absolute murderer’s row of talent, including some of our favorite voice actors.

For the first time in a long time we’re not worried about when Rick and Morty will return. Solar Opposites looks like it will be more than just a way to scratch our animated sci-fi comedy itch. But if it is, hopefully it won’t take two years between seasons. Unless Justin Roiland wants to create a third show.