Roughly 5,350 years ago, people living in what’s now known as Ireland saw something they couldn’t explain. Something that compelled them to sit down in front of big rocks and carve out little pictures of what they’d seen in order to mark the momentous occasion for future generations. That something was a total solar eclipse; when the Moon almost fully blots out the Sun’s light beaming onto certain parts of Earth’s surface. Roughly 5,350 years later, people across North America were privileged to witness that exact same type of rare spectacle, and they too marked the occasion as best they knew how: with millions of images, videos, and truly dank memes uploaded to our own 21st century stone, the internet.

First off, for the essential taste of what exactly everybody was so hyped about, here’s a stunning video of the eclipse from NASA, which was taken just before, during and after totality, or the time segment during which the Moon obscures the entire disk of the Sun, only leaving the solar corona visible. This results in a “diamond ring” effect, where all but a sliver of sunlight is blocked out by the Moon, leaving a ring of brilliant white light.

Here’s #SolarEclipse2017 views of totality in Nebraska! Take a look here and watch our live show for more: https://t.co/cOKssim1bY pic.twitter.com/qFgqf3ZI2s

While you may have heard crickets chirping during the eclipse (they think it’s night while the Sun’s blocked), you may have also heard something else that sounded like Bill Bill Bill Bill Bill… That’s because the Science Guy was out there checking out the solar eclipse with a fresh pair of ‘clipse blockers on. Check out the guy in the white shirt in the background who was too cool to watch one of the most rare celestial events we’ll ever get to witness.

The #solareclipse is upon us. I hope this day reminds us that we share a common origin in the stars & that we’re citizens of the same planet pic.twitter.com/IBp1fSmoNS

An image of a person dressed in a T. Rex costume warning of impending doom (uploaded to Reddit by user  attheisstt) also went viral, because those T. Rex costumes are hilarious and so are… existential threats to life on Earth?

And of course there was President Trump who (surprise!) made the rounds online in various forms based on his decision to look—twice—at the eclipse without any kind of eye protection on. But whatever damage was done to his eyes by the sun’s hurtling photons was more than made up for by the comedy those—two—moments inspired.

TRUMP: So I can just look right at the eclipse right?
NASA: you know what? sure. pic.twitter.com/rxwy2CNMqq

There were also plenty of other jaw-dropping photographs taken of the eclipse for those who missed it, and some of our favorites from NASA are available in the image gallery below. There will also be another total eclipse in 2024, so don’t worry if you missed it this time. It will literally come around again in your lifetime.

What were your favorite images, jokes, and memes carved into our 21st century block of stone commemorating this awe-inspiring event? Carve out your thoughts in the comments section below! 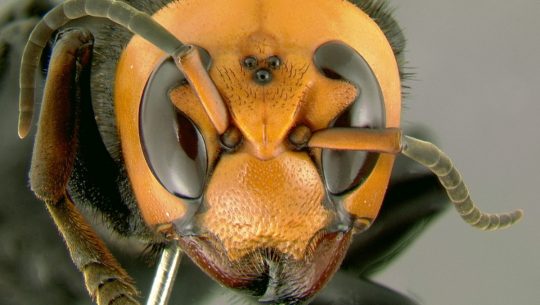