‘Twas the night before Christmas and all through the house, not a creature was stirring… except for the orphaned son of a family murdered by a brutal crim in a Santa Claus costume. Boosted by a low budget, exploitation movie aesthetic, that’s the rather depressing and frankly upsetting premise behind 1984’s Silent Night, Deadly Night, a singularly great and grimy entry into the sprawling slasher canon which turns 35 today. 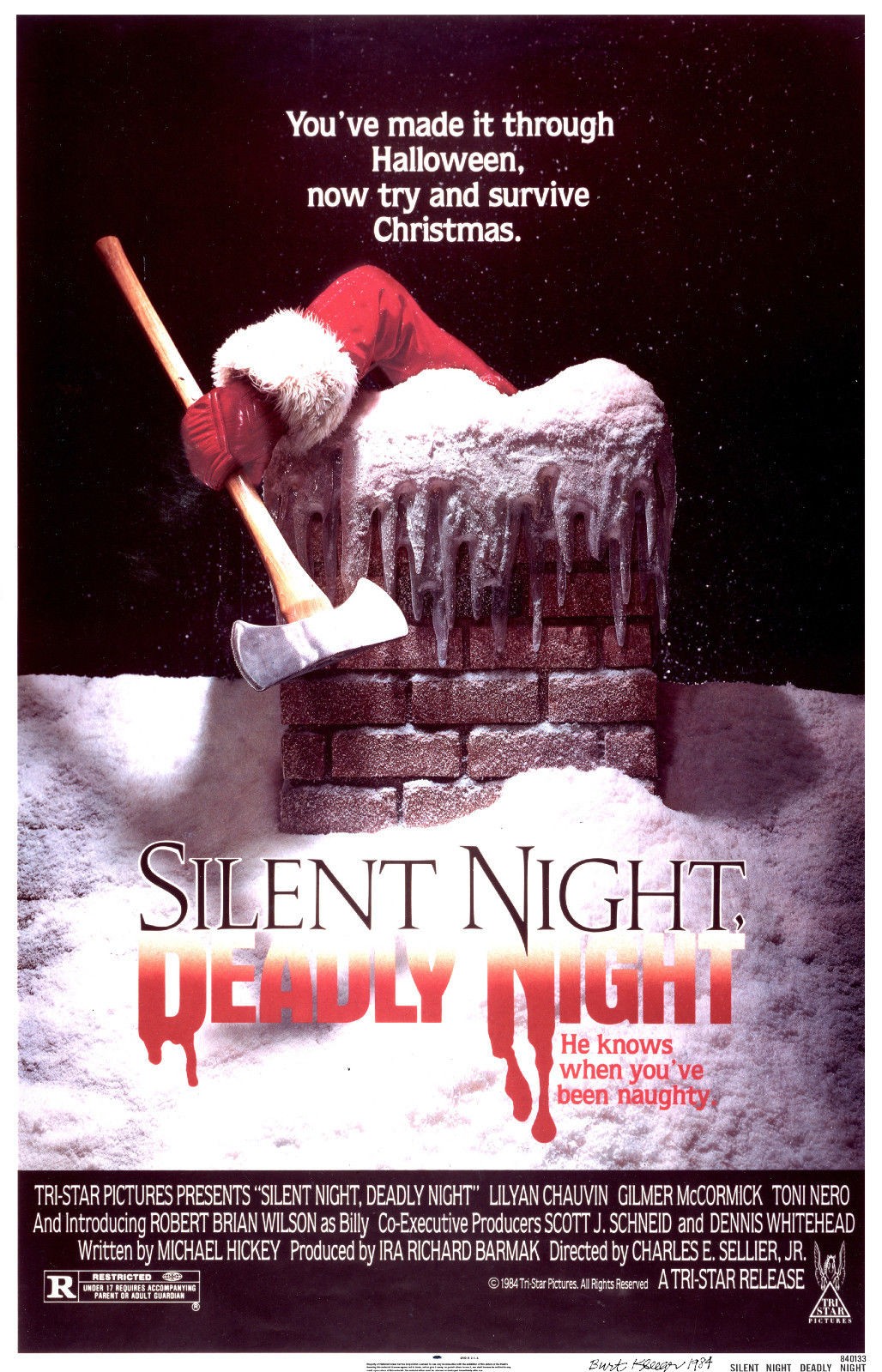 Directed by Charles E. Sellier, Jr., the gritty, grubby Silent Night, Deadly Night doesn’t really feel like any of its contemporaries, or even anything that came before it. From the outset it’s more interested in the killer than his victims. It follows a Columbo-style narrative of the whydunnit; we know that Billy Chapman (Robert Brian Wilson) is the murderer, but the real mystery at the heart of the story is what took him there. Maybe mystery isn’t the right word, because really there’s never any question of why Billy’s life has descended into the dreadful, dreary, and eventually murderous turn. In fact, at its best Silent Night, Deadly Night is a character study in sadness and violence – which is exactly what makes it so special.

Following the car crash life of the eventual Santa-clad killer Billy as he barely survives an abusive childhood in a Catholic orphanage, Silent Night, Deadly Night throws us down the rabbit hole alongside him. Though his life has been filled with terror, the real horror begins when Billy emerges into the wider world, struggling to fit into a society that has for most of his life left him behind. In 2019 there’s something worryingly prescient about the lonesome, abused boy and his brutal murder spree. But in 1984, the extreme gore and lo-fi tone of the film, alongside the fact that all the marketing centered on a killer Santa Claus, made it controversial before it was even released. And once seen, the film was widely reviled by critics. 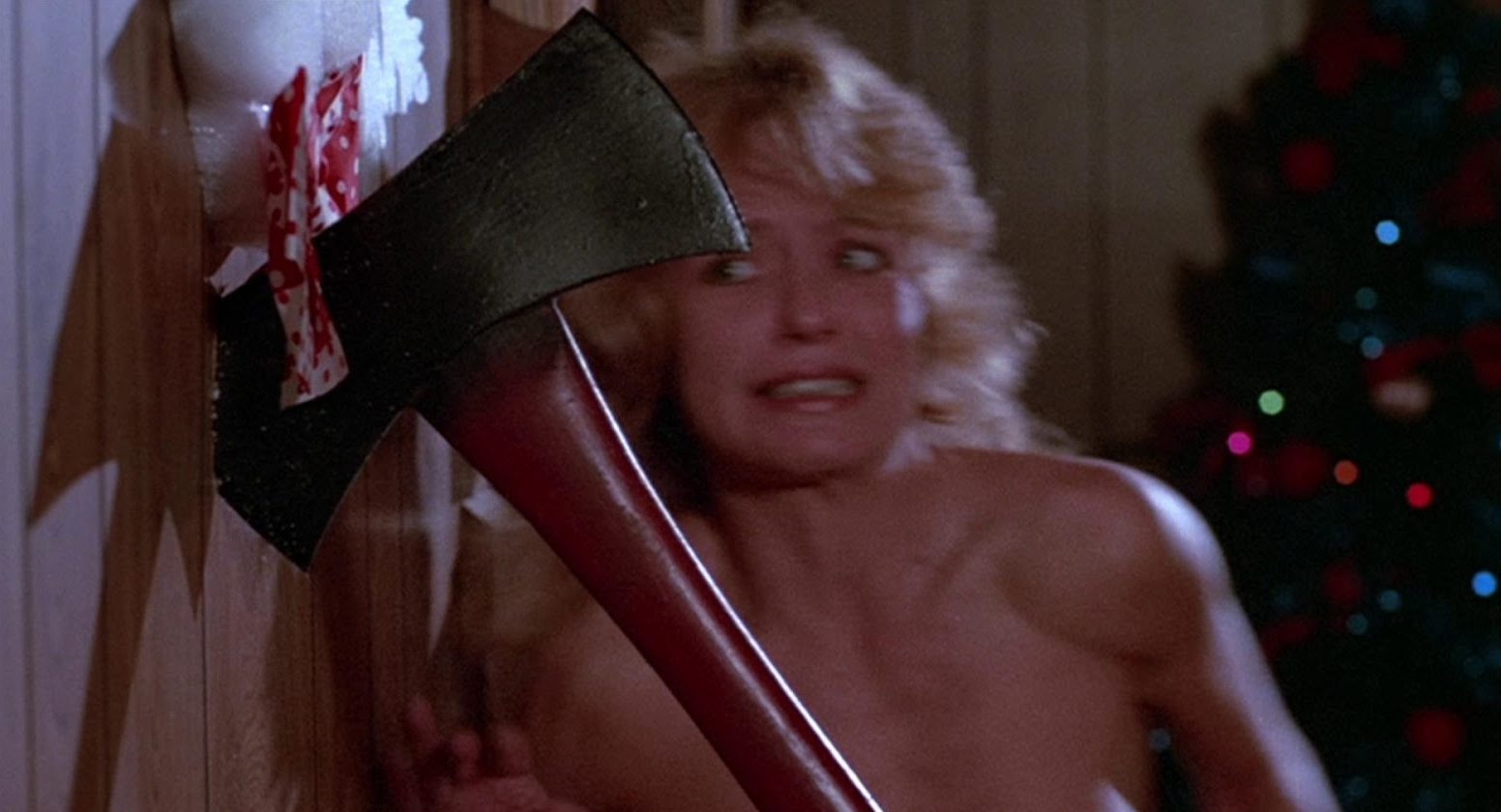 On watching it’s easy to understand why Silent Night, Deadly Night was rejected by the mainstream. Repurposing the iconic family friendly character of Santa Claus as a spree killer was one thing, but the greasy strangeness of the finished film that seems to delight in tormenting children was something else altogether. Child abuse, traumatizing violent religious institutions, and mass murder are hardly the easiest things to stomach let alone in the guise of what had by 1984 already become well known as a rather campy and over the top horror subgenre. If you watch Silent Night, Deadly Night alongside the notable franchise-launcher it shares its release year with, Nightmare On Elm Street – which SNDN actually outgrossed on release–not only does it make a really good ’80s horror double bill, but it really underscores the unsettling and often darkly realistic nastiness of Sellier’s film.

Speaking of franchises, despite the fact that Silent Night, Deadly Night only ran in theatres for 10 days before getting pulled from release in North America and wasn’t released in the UK until 2009, it still made a relatively impressive $2.5 million. Due to that fact and the growing slasher trend, the film spawned an impressive four sequels and even a 2012 remake named Silent Night that stars none other than Malcolm McDowell, who had already notched up another slasher classic remake with 2007’s Halloween. Over the years Silent Night, Deadly Night has shifted from controversial misstep to a cult classic amongst hardcore horror fans, especially those who enjoy the grimier and grimmer side of the slasher genre. So this chilly Holiday season why not pour yourself a stiff drink and (re)discover this darkly disturbing seasonal gem.