Shirley Jackson was a woman ahead of her time. A brilliant writer with a sharp sense of the world, her stories, like “The Lottery,” and her novels, like The Haunting of Hill House, explored socioeconomic panic and feminine hysteria in bold, controversial ways. Hers is a name associated with horror and magic, with dread and suspicion. But her own life story is just as ripe for exploration.

Thank God for Shirley, the upcoming feature film from director Josephine Decker and writer Sarah Gubbins. It stars Elisabeth Moss as the eponymous writer, with Michael Stuhlbarg as her scholarly husband Stanley Edgar Hyman and Odessa Young and Logan Lerman as a young couple lured into the family web. The trailer for the film looks as deliciously wicked as we’d expect from a fictionalized account of Shirley Jackson’s brilliant madness.

Renowned horror writer Shirley Jackson is on the precipice of writing her masterpiece when the arrival of newlyweds upends her meticulous routine and heightens tensions in her already tempestuous relationship with her philandering husband. The middle-aged couple, prone to ruthless barbs and copious afternoon cocktails, begins to toy mercilessly with the naïve young couple at their door.

The studio also released a stunning poster for the film. 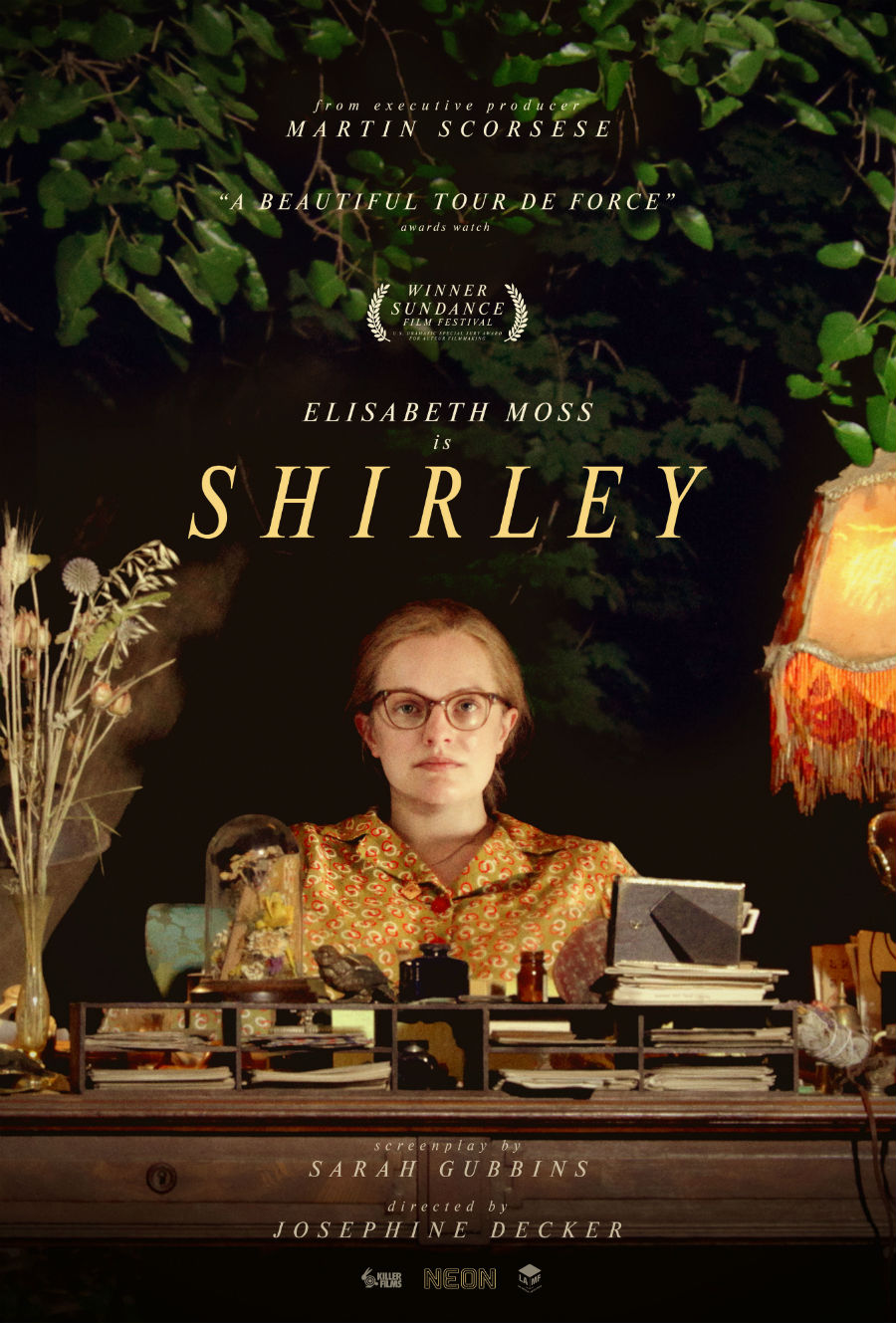 “Shirley’s work rides on the skin between imagined and real, seducing with its oddness and humble cracks until you can’t tell if you’re looking up the stairwell or into your own mouth,” Decker said in a statement. “I felt strongly that this film needed to feel like a Shirley Jackson story.”

Josephine Decker is a filmmaker behind movies like the 2018 mystery-thriller Madeline’s Madeline which garnered a lot of awards attention. We cannot wait to see what magic she cooked up with such a brilliant source material as Shirley Jackson. Shirley comes out June 5.