Whether you caught up on some classic She-Ra episodes recently or have fond memories from childhood, you’ll probably be keeping an eye out for throwbacks to the original series while watching the new She-Ra and the Princesses of Power. We’re here to help! With the help of DreamWorks Animation, we have a list of a few Easter eggs inspired by the classic ’80s cartoon in the new series on Netflix. Which ones have you found already?

Slight spoilers for She-Ra and the Princesses of Power follow. 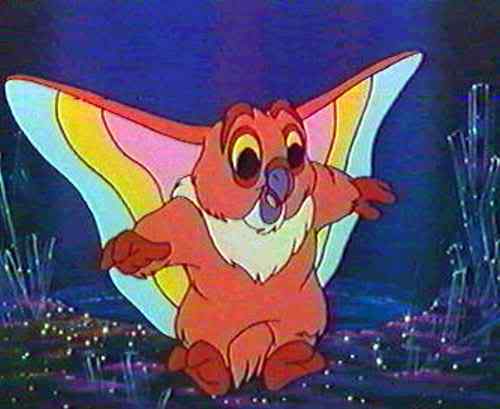 Adora’s rainbow-colored, bird-like friend provided a lot of the comic relief in the original cartoon. He’s not a character in the new series, but you can spot him in Glimmer’s bedroom as a plushie. Kowl isn’t a big fan of going on adventures, so he would probably prefer staying in there anyway. The below clip was revealed before the series premiered and created a bit of a stir when She-Ra fans first spotted him in it.

Transforming from a Horde soldier into a legendary warrior princess isn’t easy! Mistakes are bound to happen, but they don’t usually result in a flying and talking horse! Meet this mythical creature in #SheRa and the Princesses of Power, on @Netflix November 13th! pic.twitter.com/eLCBgDLtUg

â€” She-Ra and the Princesses of Power (@DreamWorksSheRa) November 8, 2018

We need a real Kowl plushie to snuggle. Immediately.

If you watched She-Ra when you were young, you probably haven’t forgotten Loo-Kee. Hidden in the series’ colorful backgrounds, Loo-Kee was a small elf-like inhabitant of Etheria who also served as the reminder of the story’s lesson at the end of every episode. His bright outfit and blue hair are iconic… Wait, is he not wearing a shirt under those overalls? How did we never notice that before? 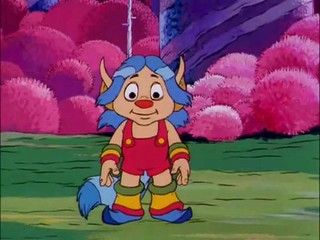 Loo-Kee won’t be repeating the day’s lesson in She-Ra and the Princesses of Power, but keen eyes can spot him in a few episodes. We’ll let you figure out where.

You’d usually find Madame Razz and her trusty Broom alongside Kowl in the classic cartoon. Madame Razz isn’t a regular character in Netflix’s new She-Ra, but old school fans will be happy to hear she does make an appearance. This Madame Razz is voiced byÂ Grey Griffin. 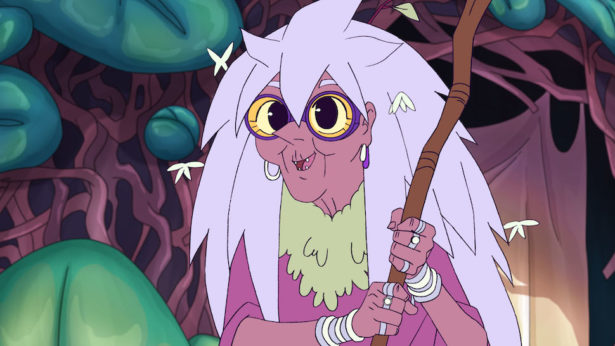 This Razz looks older and wiser than the silly spellcaster we saw thirty-odd years ago. Could she be an even bigger help to the Rebellion? Oh, dearie my!Keen eyes can also spot fuzzy Horde baddie Grizzlor in She-Ra and the Princesses of Power. Who else from the classic cartoon can you find? Tell us in the comments.

TAGGED: Netflix, She-Ra, She-Ra and the Princesses of Power