by Kyle Anderson
Few movies have us as lowkey excited as DC’s next outing, Shazam!, shaping up to be the most comedic film in the franchise yet. In everything we’ve seen thus far, director David F. Sandberg is playing up the inherent humor of a kid becoming an adult superhero whose only friend is a kid obsessed with superheroes. Nerdist was invited to a recent press event which showcased a 12-minute cut-down version of parts of the beginning of the movie, and it’s just as fun as you’re hoping it is.

Minor spoilers for the movie below.
While the footage was prefaced by Sandberg and producer Peter Safran as still needing some fine-tuning and VFX work, it felt pretty solid to us right from the get-go. We saw Billy Batson (Asher Angel) at school getting bombarded with superhero-related what-ifs by Freddy Freeman (Jack Dylan Grazer, whom Sandberg told us has the most screentime in the movie), followed by a later scene in which Billy saves Freddy from some bullies before making his escape on the Philadelphia subway. 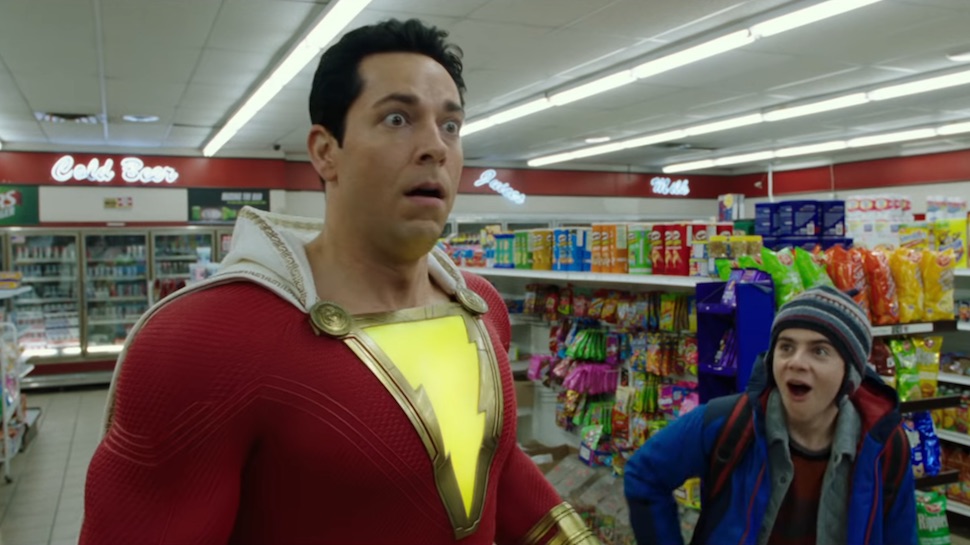 This is where he’s magicked away to a cave by the Wizard (Djimon Hounsou) and told he’s been chosen for superhero greatness if he speaks the name “Shazam!” He does, of course, and we spend the rest of the footage with Billy in his Shazam form (Zachary Levi) who goes around with Freddy trying to figure out what super powers he actually has. (Speed, strength, “bullet immunity,” and lightning power were what we got in the footage, though we know flight’s on the table as well.) The now-famous moment of Shazam trying to buy beer at a convenience store is expanded as well, along with the subsequent robbery he thwarts by accident.

Overall, it wasn’t a ton of new material as far as Easter eggs are concerned (though there was a hint in the cave of some of the other characters in the Shazam! canon), but it drove home the lighter, jokier tone the filmmakers were going for, which Sandberg and Safran assure us was always the case. This is further evidenced by this behind-the-scenes featurette released today by DC as well.

We learned a bit from the filmmakers as well, specifically why you will not be seeing Black Adam–played by Dwayne Johnson or otherwise–in Shazam!. “Shazam’s origin story is big enough to merit its own film,” said Safran. “That’s what we discovered early on and when you see the movie you’ll see that’s what it deserved and that’s what it got.” 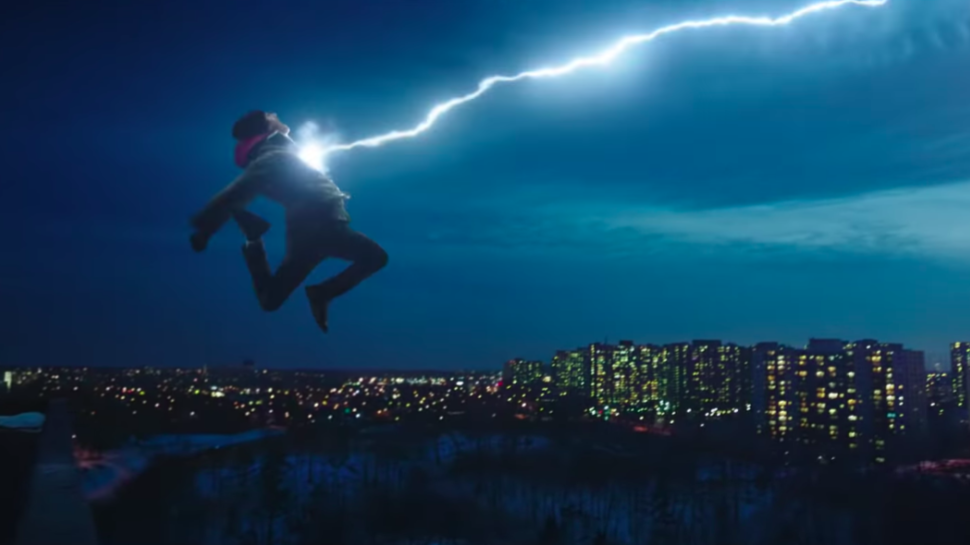 What struck me most about the footage seen so far is that while there are plenty of laughs and comedic moments–hard cuts, awkward pauses–the visuals still maintain a level of DCEU epicness, albeit one that feels slightly more realistic given the real-world setting of Philadelphia versus Metropolis or Gotham City.

“Shazam! was always going to be different than Aquaman or Justice League or Birds of Prey,” Safran explained after we screened the footage. “It was always going to have its own tone and that’s why it was so fun to go down this path and make this movie, and why DC were so excited — tell a superhero story that was completely different from anything that had come before.”

Shazam! hits theaters April 5, and the filmmakers say to expect a lot more trailers and promotional material between now and then. Who’s grabbing the beer?