‘The song “ Mah Na Mah Ma” is forever synonymous with The Muppet Show. Since the ’70s, this catchy little ditty pops up in several other series and films featuring Jim Henson’s beloved creations. Later shows such as Muppets Tonight and the 2011 film The Muppets  also used the song in memorable scenes. One might even say it’s the most iconic piece of music associated with the Muppets brand. Along with the actual Muppet Show theme song, of course. Less known is the fact that The Muppet Show is not the first time anyone hears puppets sing that tune. That would have actually been in 1969, on a brand new public television children’s show called Sesame Street.

Via the folks at Geeks are Sexy, we’ve discovered a video of that long-lost original version. It’s now available on The Museum of Classic Chicago Television YouTube. (Which also goes by the name “Fuzzy Memories TV.”) You can watch and listen to the Sesame Street version above.

And just try to not have that song stuck in your head for the rest of the day. It’s quite impossible. 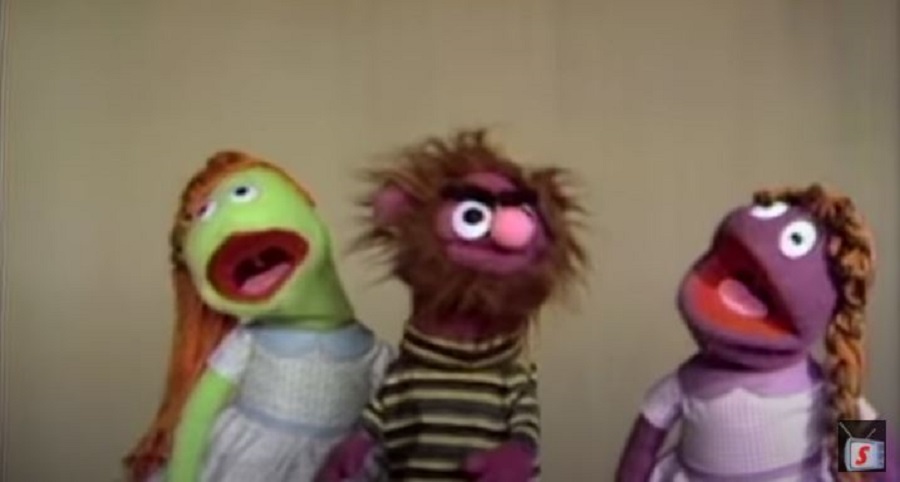 The Museum of Classic Chicago Television

This performance appears on Episode 14 of Sesame Street, which first aired on Thursday, November 29, 1969. A mere three days later, a modified version of the sketch played on the hugely popular variety series The Ed Sullivan Show. But its true genesis was actually pretty racy for a song most associate with family programming. Piero Umiliani originally composed the song back in 1968. “Mah Nà Mah Nà” features in an Italian film called Sweden – Heaven and Hell, which is a sexy “mondo” documentary about the swinging ’60s. Not really that spicy by today’s standards, but still, not where one would imagine a song popularized by Muppets originates from. We certainly live in a strange world.