So much is unknown about the period of history we call the Dark Ages, including when they actually took place. Historians, for the most part, can agree on a starting time of after the fall of the Roman Empire and an ending time of some point during the Middle Ages, before the glory of the Renaissance. The Dark Ages, whenever they happened, are continuously characterized by a relative lack of historical records and cultural achievements. Good times, clearly.

Harsh judgments by Renaissance thinkers these may be, but the Dark Ages’ accepted status as a void in history makes it prime pickings for modern retrospective storytelling. We may not have complete records of what happened during the Dark Ages, but we can sit around a table, roll dice, and create our own.

New Zealand-based interactive and graphic designer Tim Denee has created a Tumblr page called “The D&D Edit,” where he posts free, high-resolution resources for Dungeons & Dragons and other role-playing games.

His most recent post is a three-part series on how to incorporate medieval weapons and armor into a D&D campaign set in the Dark Ages. Denee created stats and designed organized and stylish equipment lists that look like they’re straight out of the Player’s Handbook itself. 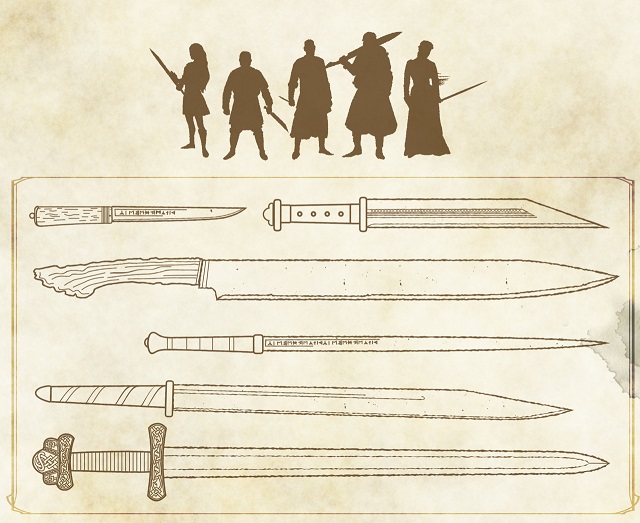 The first post in the series is a reference sheet that goes into detail about medieval bladed weapons, mainly seaxes and sweords. The seax, Denee says on the sheet, is a single-edged sword or knife which sizes range anywhere from that of a dagger to that of a greatsword. While both function mechanically as longswords, the langseax and the sweord are by no means the same weapon.

Unlike the seax, the sweord is a two-edged blade of fine quality that can only be wielded by the greatest and noblest of warriors. Any sweord worth its luster has a name, and Denee offers up the following possibilities: Leg-biter, Goldhilt, Wyrmfang, Hrunting, and Nælring.

Denee’s second post features the rest of the weapons list. Much of the list is the same as the standard one but for the noted absence of crossbows. Denee mentions that Dark Age dwarves (or dweorgs) would have proficiency in axes and broad-axes instead of warhammers and battlehammers.

In Denee’s latest post, he describes light, medium, and heavy D&D armor types as they would apply to a Dark Ages setting. Relative to the Forgotten Realms, D&D in the Dark Ages features a simple collection of protective clothing, ranging from hardy woolen tunics to coats of chain mail. 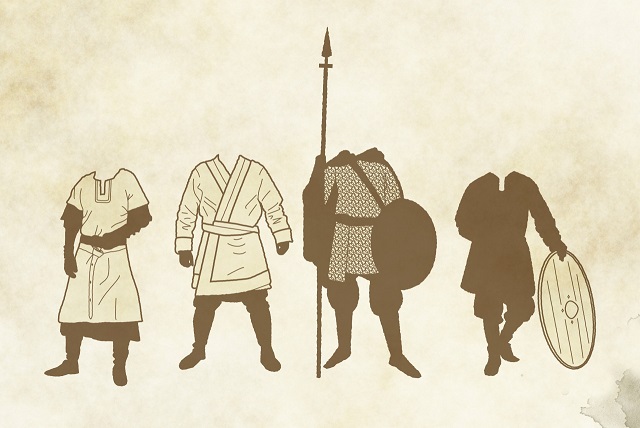 Throughout all of these posts, Denee pays close attention to historical accuracy and to character creation. Reading the reference sheets, you get a very clear idea of how certain adventurers fit into a Dark Ages setting, as well as what equipment makes the most sense for their character. These Dark Ages posts are interesting and professional, and I’m eagerly awaiting the next one.

Other recent posts on “The D&D Edit” include a battlemap for a tournament mêlée and detailed reference pages for choosing swords, armor, and hairstyles in a more standard D&D campaign.

What kind of character would you want to play in a Dark Ages campaign? Would you wield a more common seax or a legendary sweord? Let us know in the comments!