Seinfeld is on the very short list of most referenced TV show of all time. From “yada yada yada” and the Soup Nazi, to “Serenity Now” and The Jerk Store, the show’s cultural influence is long and lasting. But the iconic sitcom also made referencing other famous works a calling card of its own. For a TV show about nothing it sure was full of famous movie tributes and parodies. And you can enjoy all of them, along with the scenes and characters they spoofed, in this fan-made Seinfeld supercut montage.

If Seinfeld’s JFK recreation had been the show’s only movie homage during its entire nine-season run it would have been enough. Recreating the magic bullet scene from Oliver Stone’s film, but with loogies spat by members of the 1980s Mets instead, was comedy genius unto itself. But to do it with Wayne Knight in the exact same spot as he was in the courtroom of JFK is beyond perfect. To then do that again with Knight and his Basic Instinct role is truly incredible.

Not every cinematic parody featured Newman, though. This video (which we first saw at Boing Boing) from YouTuber Yaron Baruch highlights just how prevalent those allusions were. It includes references to more than 30 movies. 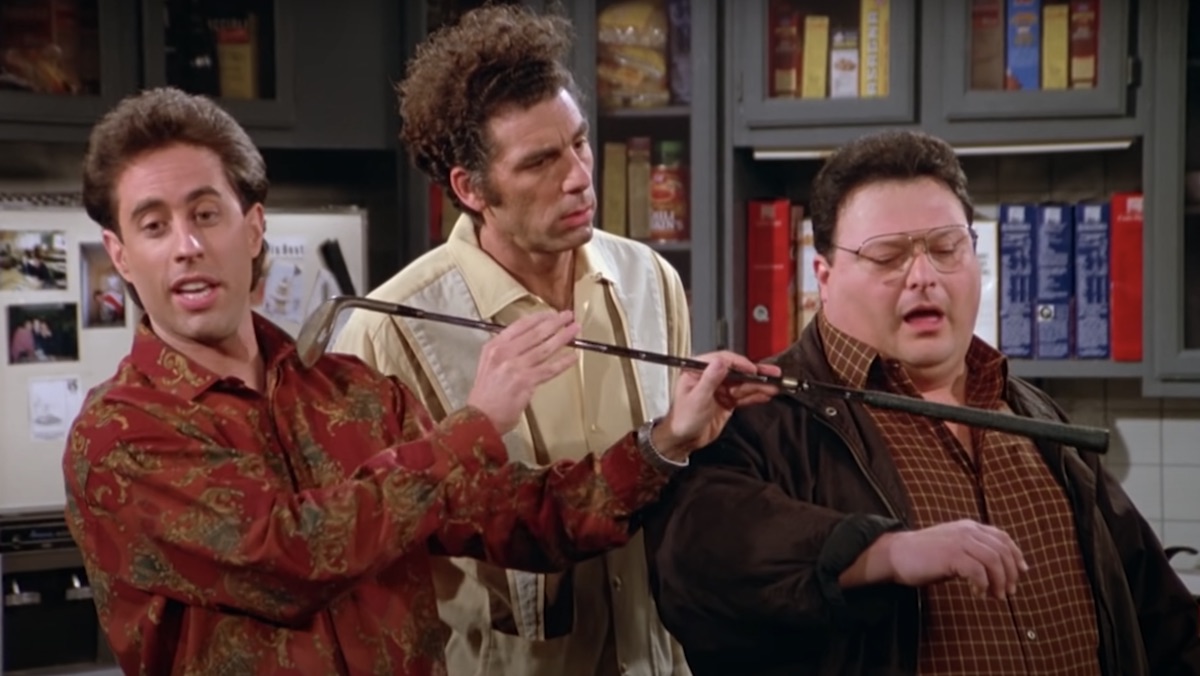 The Godfather franchise was a particularly fruitful field to draw from. Dramas, both old and new, in general provided the show with lots of fodder. There’s Citizen Kane and Casablanca. And The Fugitive and Scent of a Woman. Seinfeld and Larry David used Aaything and everything as a source of comedic inspiration.

Seinfeld gave us countless quotes, characters, and situations to reference. All while keeping the memory of important films alive. Not only was it funny, it might one day serve a greater purpose. As whole new generations find the show, they’ll also hopefully find those movies too. That will help them understand why those films were worthy referencing at all. And why Seinfeld‘s parodies were so funny.