The two main ways to run conflicts in RPGs are via miniatures on the table and the theater of the mind. It’s a lot of fun to imagine sitting at the helm of a starship, but seen a visual representation of the battlefield can often help players consider tactics, GMs set scenes and the whole table focus on a battle with a little dash of decoration. Star Trek Adventures has a growing line of miniatures and tiles to help in tactical situations aboard starships, but there aren’t any official solutions for dramatic starship battles. Luckily, there are decades of Star Trek toys that can fit the bill until something like that happens. Some of these might already be in a closet for the Game Master, or they could be a few clicks away on an online auction to build a fleet for games that feature a lot of photon torpedoes. 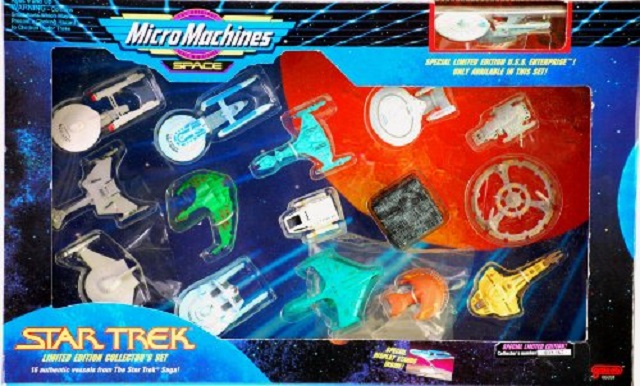 Many long-time Star Trek fans probably have a few of these somewhere in their collection. Galoob made several collectors boxes of these during the 90s to appeal to fans of the show. They are a hodgepode of ships that are the most noticeable or recognizable, but if your GM is just looking for something to represent a ship on the table, they are a lovely, thematic fit. Sealed copies are sadly at collectors prices these days, but they often can be found at second-hand stores or rummage sales for loose and for cheap. 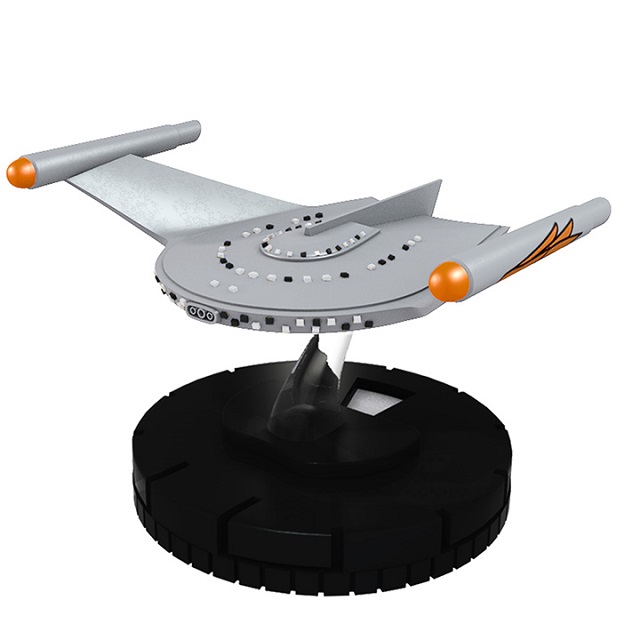 Heroclix has delved into several genres over the years. There are two lines currently in production focused on Star Trek. The recently introduced Away Team line has a lot of great models based on The Original Series. Fans looking to supplement their Modiphius sets or running games set in the time period would do well to check those out. The company released several waves of Star Trek Heroclix Tactics starting in 2012 featuring ships from across the history of Star Trek. Some fans might be turned off by the blind booster style of Heroclix, but the secondary market is reasonably priced for single ships and hunting around online can usually find some bulk deals for any Wolf-359 reenactments necessary for the campaign. 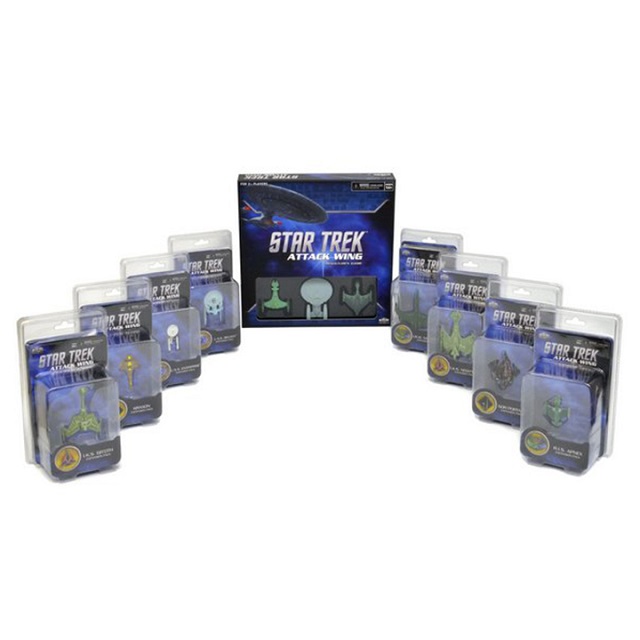 In 2013, Wizkids shook things up a bit by releasing Attack Wing, a space combat system that licensed the Flightpath maneuver system from Fantasy Flight Games. There are a few advantages to buying Attack Wing. Fans of X-Wing will have a familiar game they can play. Attack Wing also sells models individually to allow players and Gamemasters to know exactly what they are getting. Attack wing also have some fairly impressive large pieces, such as a Borg Cube or the Deep Space Nine station. Big pieces like that are mostly there for decoration, but good GMs can invoke a real sense of awe if they put a miniature the size of a head on the table to start a scene. 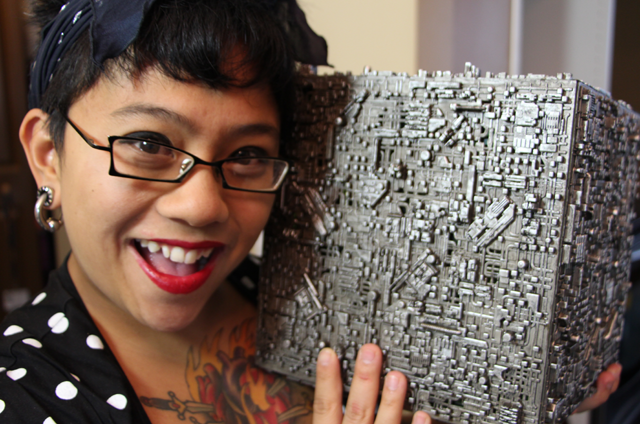 What do you use when your Red Alert goes up? Tell us in the comments! And be sure to tune into our Star Trek RPG show, Shield of Tomorrow on Geek & Sundry Twitch and Alpha every Friday starting at 4 PM PT, followed by our aftershow on Alpha, Behind The Shield, where the crew discuss the episode and topics like this one.