Take on the Tabletop in SCOTT PILGRIM MINIATURES THE WORLD - Nerdist

Take on the Tabletop in SCOTT PILGRIM MINIATURES THE WORLD

You know the story, and now it’s time to play it! Scott Pilgrim Miniatures the World, now on Kickstarter from Renegade Game Studios, pits Scott against the League of Evil Exes like never before. Play as either Scott and friends, or demon hipster chicks alongside the League, in this colorful competitive tabletop miniature game to see who will ultimately come out on top. 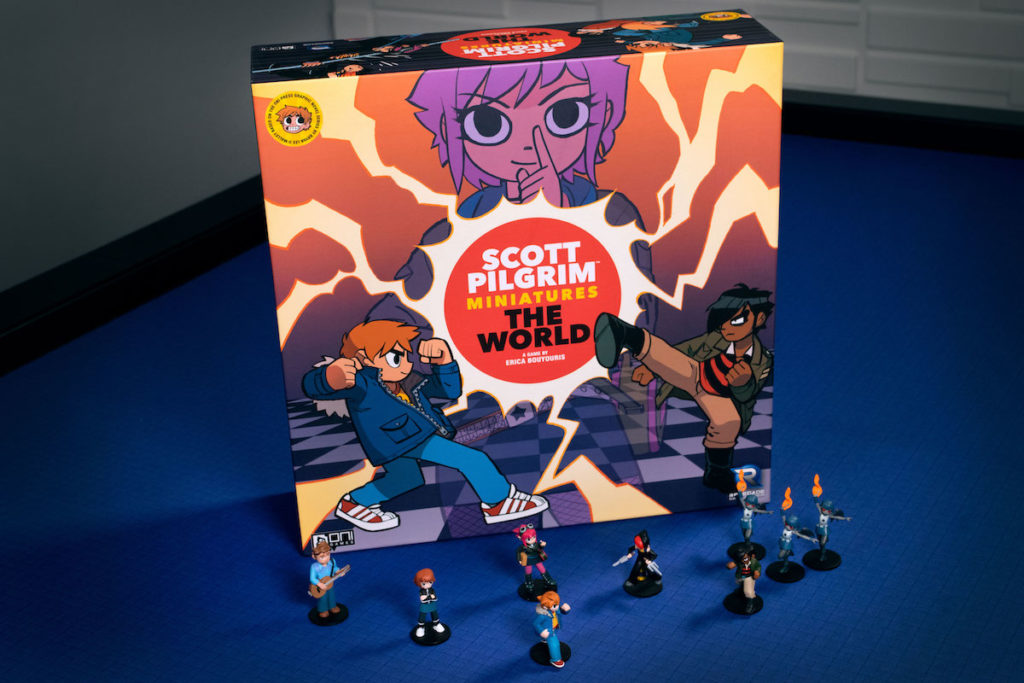 Scott Pilgrim Miniatures the World is a game for 2-3 players ages 14 and up, designed by Toronto native Erica Bouyouris. All of your favorite characters are here in pre-painted 3-D miniature form, from Ramona Flowers to Knives Chau, along with special custom dice, “throwable” objects, a 3-D venue board of an iconic Scott Pilgrim location, and much more. Campaign backers can also score battle expansions and miniatures you won’t find anywhere else.

The game begins by setting up your venue before the battle begins. Let host Becca Scott teach you how to set up the board, choose a side, and get ready to duke it out in this episode of How to Play.

On each turn, a roll of the dice determines the abilities your characters can activate. (One reroll per turn is allowed for dice with matching icons.) Players can move their mini, punch or kick an opponent to inflict damage, recover health, or use a special ability shown on a character card. Booster tokens can also be used to move a mini two spaces or perform a basic attack. 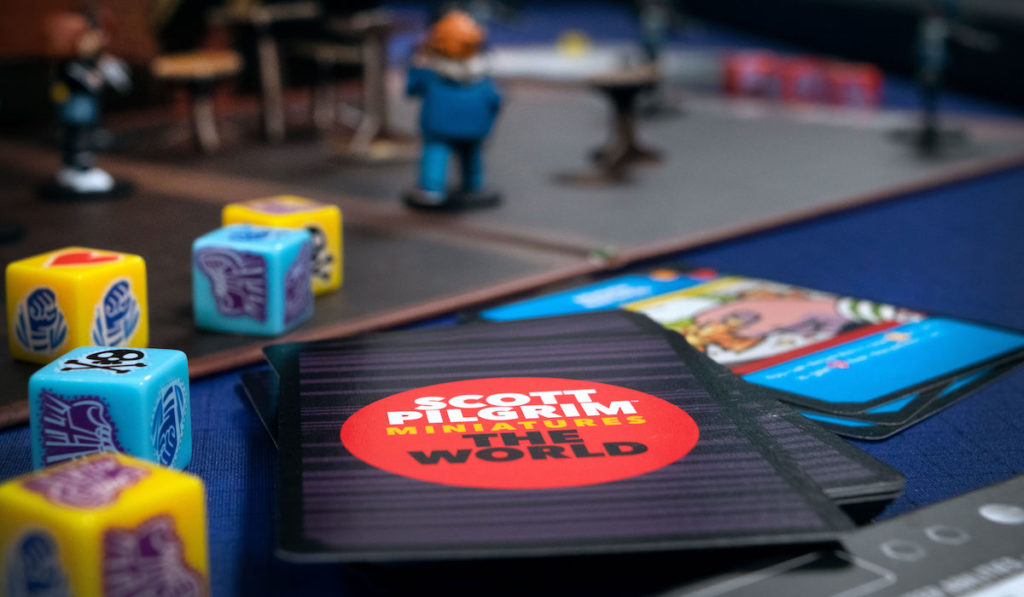 Characters can also grab an object to use as a shield from an attack, or throw it at an enemy. This is a knock down, drag out fight to reduce your opponent’s health, after all! The entire game board–even the walls!–can be part of the melee, so roll up your sleeves and get ready to rumble.

Visit the official Kickstarter campaign page now for more details about how to play and how to support Scott (or Matthew Patel, if you take his side). Don’t miss your chance to take over the tabletop!