Harvard Scientists Think This Weird Asteroid Was an Alien Spacecraft

Last year,Â  we were captivated by the discovery of an all new type of celestial body: a never-before-seen “cigar-shaped” object, which was also the first find from another star system mankind has ever recorded. Ten times longer than it was wide and displaying other unusual features, it was such a unique find there wasn’t even a consensus in the scientific community on how to classify it. Comet? Asteroid? Something else? Now some scientists are offering another suggestion: alien craft sent to probe Earth. But don’t freak out, because it’s almost certainly not that. Almost certainly.

This wild theoryÂ was shared in a paper by Harvard astronomers. While they offer a natural explanation for the interstellar object’s unusually high acceleration and strange trajectory, they do raise the possibility that the long, dark-red object known as ‘Oumuamua (Hawaiian for â€œa messenger from afar arriving firstâ€) could have an “artificial origin,” the forgotten remnants of a technology we are familiar with.

“One possibility is that â€˜Oumuamua is a lightsail, floating in interstellar space as a debris from an advanced technological equipment. Lightsails with similar dimensions have been designed and constructed by our own civilization…”

Hmm, space sails you say? …Could it be DOOKU! 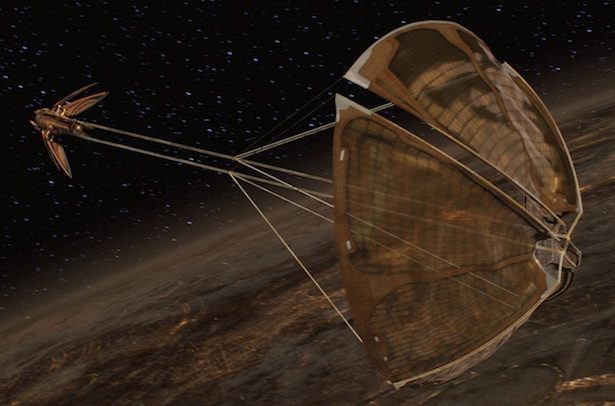 Obviously a lost piece of alien technology would be the most important discovery ever made, but that’s not even the craziest possibility the paper raises. It says a “more exotic scenario” is that the strange object was “a fully operational probe sent intentionally to Earth vicinity by an alien civilization.”Again, don’t freak out. First, that’s just a fun, obviously crazy hypothesis that has basically very low chance of being true. And two, even if that really was a space probe, we’ll never know. Imagine if you observed Earth for the first time the last two years. Would you come back?What do you think? Is there any possibility this was an alien spacecraft? Tell us why in the comments below.