Scientists Freak Out Over A Rare, Adorable “Piglet Squid” - Nerdist

Scientists Freak Out Over A Rare, Adorable “Piglet Squid”

The ocean is full of mysterious creatures and sea life, most of which will never be seen or understood by humans. That’s why it’s such a treat when we stumble across an underwater being that’s totally foreign to our eyeballs, something that recently happened for a team of scientists aboard a ship called the Nautilus in the Pacific Ocean. What was it that they saw? An adorable little squid that looks like a piglet with tentacle antennas. Yes, it’s both as weird and as cute as it sounds.

And don’t worry, even these seasoned professionals were so in awe of the little creature that they got really, really excited.

The “piglet squid” isn’t actually a new discovery. It was first spotted back in 1907 and is known scientifically as Helicocranchia pfefferi and in layman’s terms as the banded piglet squid. The little creatures are only about 4 inches long and live in the mesopelagic zone of the ocean, about 650 feet below the surface. As the team exclaims in the video, the translucent piglet squid looks like it’s wearing lipstick and has long eyelashes. It even gives them a full beauty shot, turning to face the camera, before zooming off. 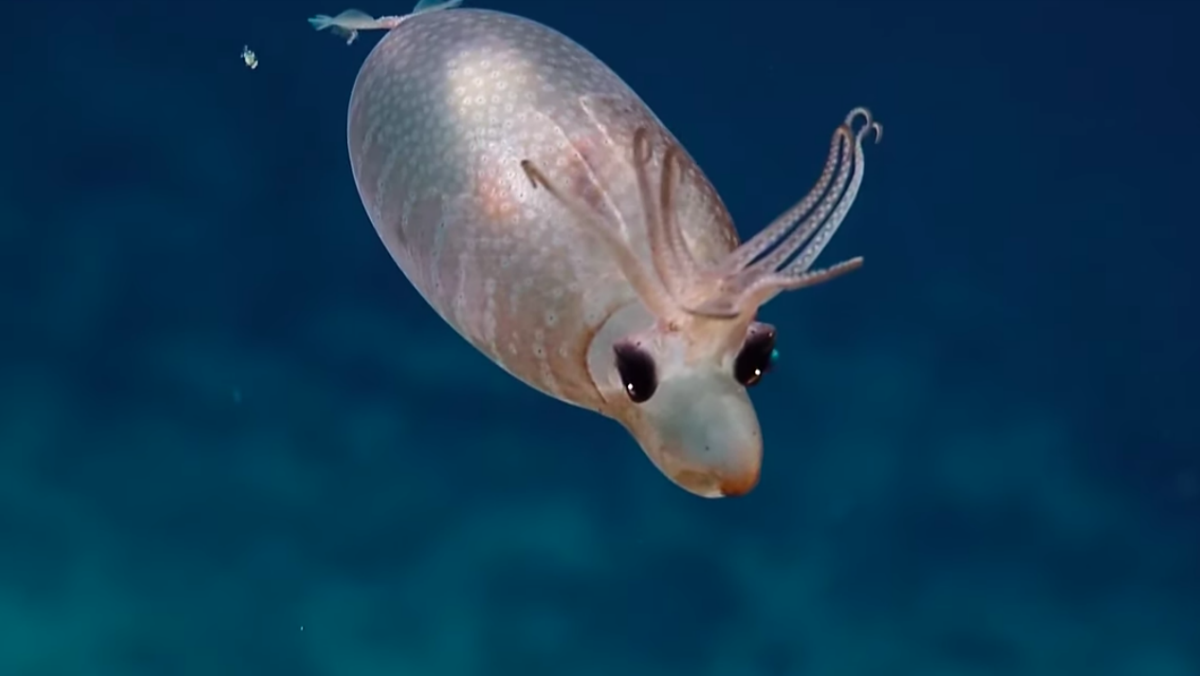 The folks aboard the Nautilus are currently on an expedition funded by the Ocean Exploration Trust. According to the NautilusLive website, this is their fifth year of exploring the Eastern Pacific Ocean, and their most expensive voyage to date. The team is comprised of scientists, data engineers and loggers, seafloor mappers, and more, and they’ve been on their journey since May 2019 and will wrap up this October. The OET was founded in 2008 by Dr. Robert Ballard, best known for discovering the wrecked remains of the RMS Titanic.

This must have been an exciting day aboard the Nautilus, as video captures of the banded piglet squid are extremely rare, mostly due to their small size. We’re so thrilled they were able to get this magical moment on film!