The genres of sci-fi or fantasy serve as the basis for nearly every amazing tabletop RPG setting out there. Some mad game designers have even dabbled in mixing the two, distilling a potent concoction: the science-fantasy game. But how does it work? Does mind-blowing science reach a point where it looks like magic? Do fantasy creatures and constructs live side-by-side with cyclopean robots? Let’s take a look at some of these compelling mash-ups and see what makes them tick. 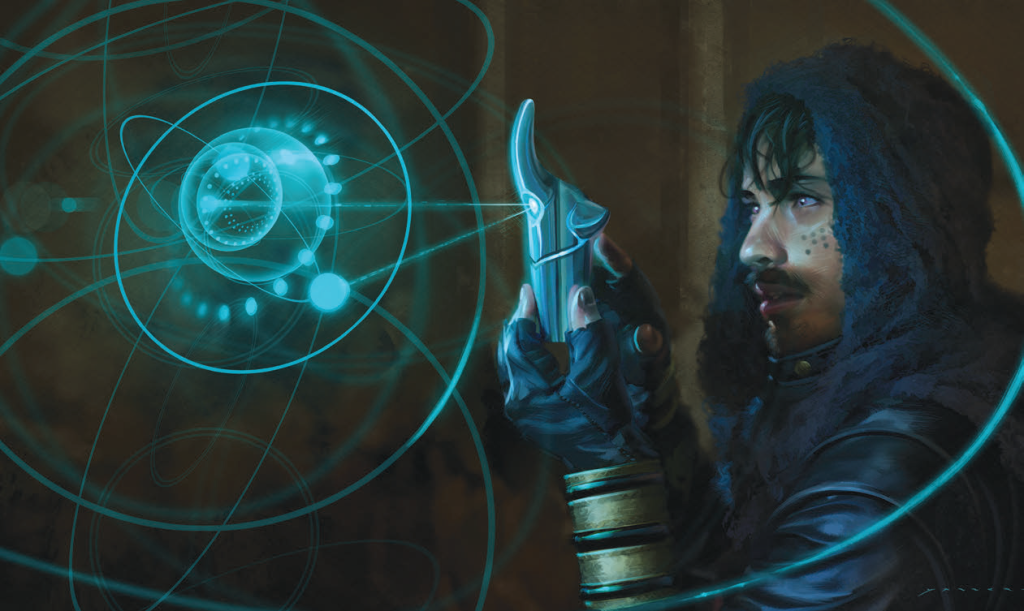 Set over a billion years in the future, Numenera is a medieval world cast within the ultra-tech refuse of past civilizations. The eight “prior worlds” developed advanced, perhaps inconceivable sciences. The present heroes equip themselves with what are essentially magical devices harvested from the wreckage. Some have even learned to command the invisible, ever-present nanites of the world, creating magical effects with careful gestures and alien verbal commands.

Numenera is about technology so advanced it might as well be magic in the hands of ignorant but plucky scavengers desperate to survive in a world filled with alien and bio-engineered creatures. It’s a lightweight game developed by the legendary Monte Cook, with tension-building ups and downs baked into the dice mechanics. 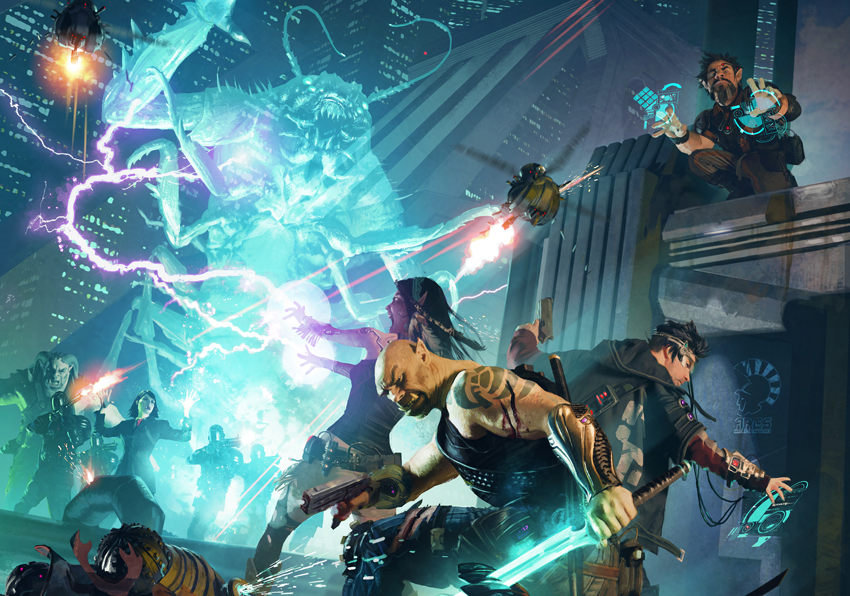 A classic blend of cyberpunk and traditional fantasy, Shadowrun asks what would happen if magic and Tolkien-style races “returned” to a future world. While the game is not new, its 5th and most recent edition is a hit, spawning a number of well-received video games. Magic is drawn from traditional myths from around the world, so there’s shamanism as well as more European-style sorcery. On the tech side characters can command drones, jack into the matrix, and load up on cybernetics.

Want to play an elven mage with elite skills at hacking? Want to play an orc street samurai glistening with cybertech? Shadowrun hits nearly every note from cyberpunk and traditional fantasy. It might seem like too much, but really it’s just a constant parade of interesting concepts and world threatening science-magic plots. 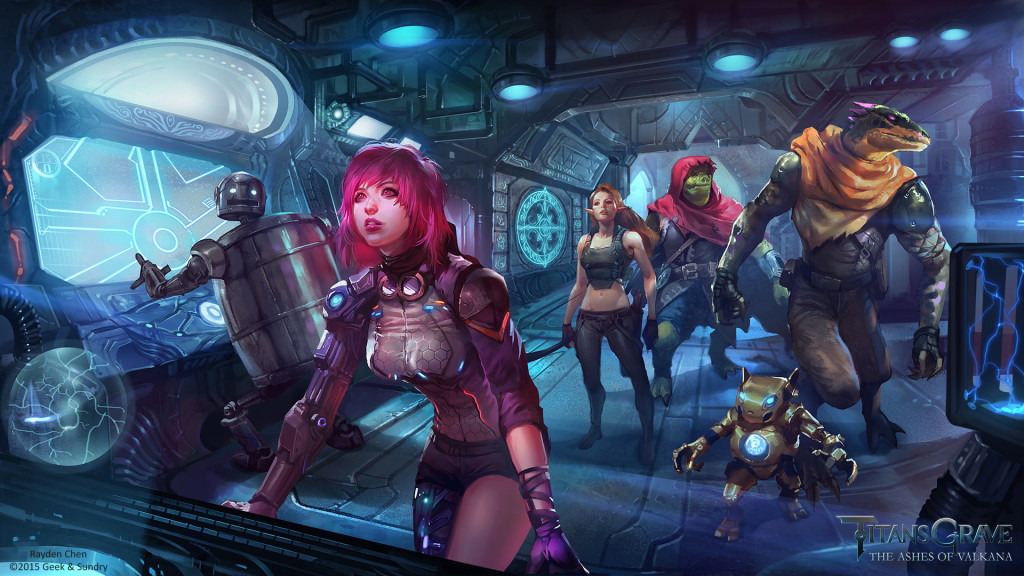 Titansgrave: The Ashes of Valkana is basically a mash-up of high tech and magic, side-by-side. The game leverages the dynamic simplicity of Green Ronin’s AGE system to allow for nearly any sci-fi or fantasy concept desired, while also providing a platform for relatively inexperienced gamers to get their feet wet.

Taking inspiration from classics like Heavy Metal and Thundarr the Barbarian, it’s perhaps a bit more playful than most other science-fantasy settings. Titansgrave addresses the blending of science and magic directly through its history, in which an evil prophet attempts to completely separate these two great forces of power.

Want to get a taste of the game? Watch Wil Wheaton guide Laura Bailey, Hank Green, Alison Haislip, and Yuri Lowenthal through a campaign in Geek & Sundry’s Titansgrave: The Ashes of Valkana show.

If you can’t get enough science-fantasy peanut butter-chocolate action, here are a few more options:

Dying Earth. Often called the starting place for the science-fantasy subgenre, this roleplaying game is set within the bleak far future fantasy of the Dying Earth short stories by Jack Vance. The game was originally written by the acclaimed Robin Laws and he’s recently released a somewhat newer expansion called Gaean Reach.

Exalted. A fantasy game set in a kind of medieval anime era reminiscent of Chinese wuxia tales. It gets sci-fi when you venture into ruins littered with the remains of giant robots. Easily run as a science-fantasy setting.

Gamma World. A post-apocalyptic Mad Max inspired world, featuring mutant powers and advanced technologies left over from before the everything fell apart. The most recent 7th edition of the game is based on the D&D 4th edition rules and showcases writing from RPG industry leaders like Bruce Cordell, Robert J. Schwalb, and Richard Baker.

Star Wars. While most call it sci-fi, the presence of knights, princesses, wizards, and a magical force places the setting firmly within science-fantasy for many of us. Though there are a few older Star Wars RPGs to choose from, Fantasy Flight Games currently publishes a set of amazing games utilizing a unique, story-driving dice mechanic.