Most kids never worry about where Santa came from and how he got his start. They don’t ask what he did before he got the most beloved job in the world, or how he ended up with reindeer as his primary form of transportation. They only care that the big jolly man in the red suit travels the globe one night a year bearing gifts for children on his good list. That should change this holiday season though, thanks to Netflix’s first ever original animated film Klaus, which just released its first trailer ahead of the holiday season. It’s an origin story about how a white-bearded toy-maker and an unlikely helper teamed up to create the legend of Santa Claus, in a film that looks as beautiful as it does hopeful.

“When Jesper (Jason Schwartzman) distinguishes himself as the postal academy’s worst student, he is stationed on a frozen island above the Arctic Circle, where the feuding locals hardly exchange words let alone letters. Jesper is about to give up when he finds an ally in local teacher Alva (Rashida Jones), and discovers Klaus (J.K. Simmons), a mysterious carpenter who lives alone in a cabin full of handmade toys. These unlikely friendships return laughter to Smeerensburg, forging a new legacy of generous neighbors, magical lore and stockings hung by the chimney with care.”

Directed by Despicable Me co-creator Sergio Pablos, Klaus also stars Joan Cusack, Will Sasso, and Norm Macdonald. As the trailer indicates, the film looks to combine a touching story with a gorgeous animation-style. According to Netflix, Klaus “blends traditional and modern animation and includes many innovative techniques including complex, interactive lighting and the use of advanced texturing capabilities.” Whatever they did seems to have worked spectacularly. Not to commercialize Christmas before the holiday season even begins (perish the thought!), but this movie is going to make for some beautiful toys and collectibles. 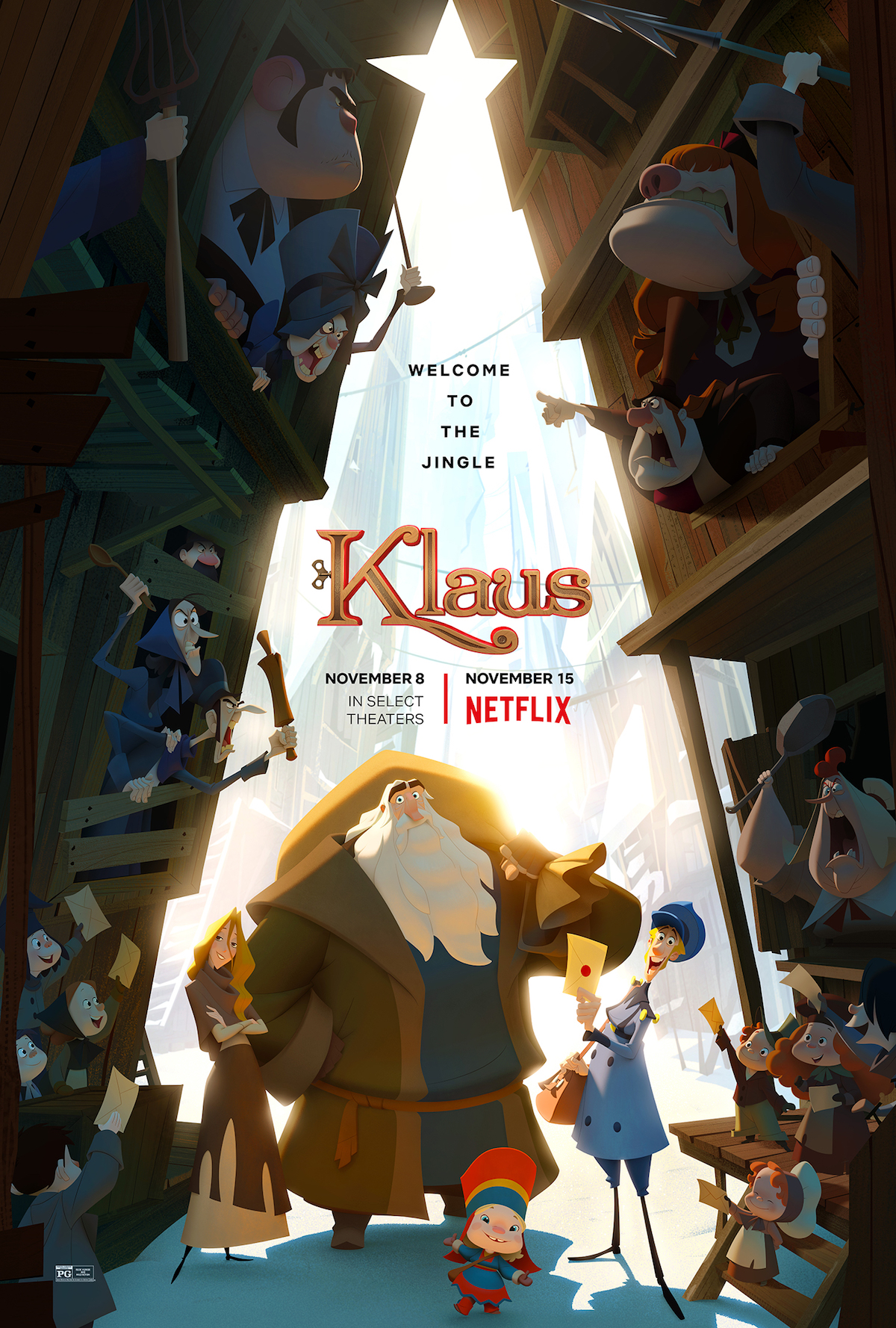 As for exploring the origin of how Santa Claus became an iconic Christmas figure, that has long been the domain of folk tales and legends mixed with some real history, but few movies have ever explored where it all began. That’s something Pablos, who also wrote the script with Zach Lewis and Jim Mahoney, said drove him to make the movie. In a statement from 2017 he said, “How is it possible there’s no story about the origin of Santa Claus? He’s one of the most well-known and loved characters in the world! We felt this was a story that needed to be told and that there was no better way than with animation.”

While this is Netflix’s first ever original animated film, it is not the streaming site’s first original Christmas movie. Netflix has previously released holiday movies like The Princess Switch, two A Christmas Prince films, and last year’s Kurt Russell led The Christmas Chronicles, which gave us a less traditional, but totally lovable version of the North Pole’s most famous denizen.

Kids don’t care where Santa Claus comes from so long as he comes to their house, but even magical elves have to start somewhere.