Whether it’s the brassy blues of Cowboy Bebop or the free-flowing jazz of Kids on the Slope, music is always a lead character in any series directed by Shinichirō Watanabe. So, take in Samurai Champloo, where the anime mastermind embraces hip-hop’s sound and ethos for a lively remix of the “Chanbara” films of Japanese cinema. The sword fights are frenetic and the animation is always fluid, but what truly enchants us is the sense of free style. Here’s a period piece which is that much better for playing real history fast and loose.

And now that the fine folks at FUNimation have made all epiosdes available for free streaming on YouTube, what better time to sing its praises to the unconverted, and remind old fans what made this show such a lasting cut?

Watanabe-san directed this long-form series right after he finished Bebop, and the two strum on so many common themes as to effectively be companion pieces. Again, we follow a small group of endearing rogues who navigate a vexing crisscross of establishment thugs and underworld goons. Here, it’s a young tea shop waitress, Fuu, who gets caught up with a couple rival swordsmen. There’s the reserved, refined Jin; and the brash, belligerent Mugen. They save her from some creeps. She saves them from executioners. And soon enough, the three are fleeing the authorities together while seeking a mysterious “samurai who smells of flowers” who might be Fuu’s father. 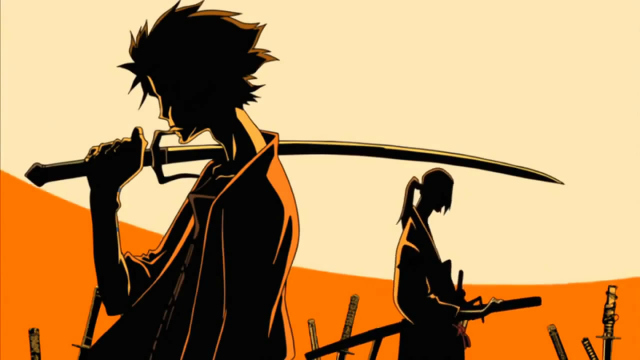 This all takes place in feudal Japan, of course, but that never stops Watanabe from peppering in delightful anachronisms–many involving hip-hop. Turntable scratches mark scene transitions. Mugen’s fight style seems a whole lot like break-dancing. Most amusingly, a caddish nobleman is accompanied by a centuries-ahead-of-the-curve hype man who uses a sword hilt like a mic while beatboxing.

Even if you know what’s period-appropriate and what’s not, Champloo is always liable to send any viewer on an enlightening journey to a history book. Several episodes address the infamous Shimabara rebellion of Catholic Japanese that occurred long before Commodore Perry’s arrival. One, in particular, addresses Dutch exclusivity by featuring more clogs than have likely ever been featured in an anime. And maybe the most inspired installment involves a baseball game played by bat-wielding ninjas. That one must truly be seen to be believed.

Nobody’s likely to label Samurai Champloo as “edu-tainment,” but on top of the compelling sword quest, it really boasts a fascinating survey of the strangest and most obscure nooks in Japanese history. 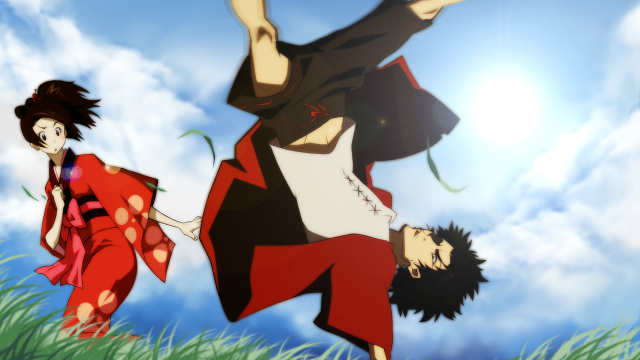 Now, to editorialize a bit: I personally prefer Champloo to Bebop. The “mythology” episodes in Bebop involving Spike’s old rival Vicious aren’t nearly as interesting the show’s standalone capers. And while the “Real Folk Blues” is a compelling finale, it’s a bit abrupt, with little set-up leading to it. Champloo, by contrast, keeps a better balance between its serialized episodes and told-in-ones. Fuu’s search for her “Sunflower Samurai” offers a much clearer narrative through-line that builds to a real, heartbreaking emotional crescendo. So, there!

I’m sure many readers will disagree with this opinion. Feel free to offer rebuttals in the talkback! We’re game for any takes on the shows’ plus and minuses in an open Bebop vs. Champloo appraisal.

But are there other Samurai Champloo fans here? Have we missed anything important? What other, non-Bebop titles in Watanabe’s filmography deserve a write-up? Sound off!