Each week here at Geek & Sundry we’re taking a look at new and upcoming exciting titles on Kickstarter! This week’s Kickstarter of the week is Laruna: Age of Kingdoms, an area-control and worker placement hybrid game that features stunning miniatures and a unique, rich setting.

When a game comes onto the scene boasting beautiful art, an immersive world, and miniatures, they have my attention. That’s what Odam Publishing is offering in its newest game offering, Laruna: Age of Kingdoms. Sharing lore with Odam’s RPG title Dreamscape: Laruna, Laruna: Age of Kingdoms is a strategy game that offers players a strategic tabletop experience set in an immersive universe. 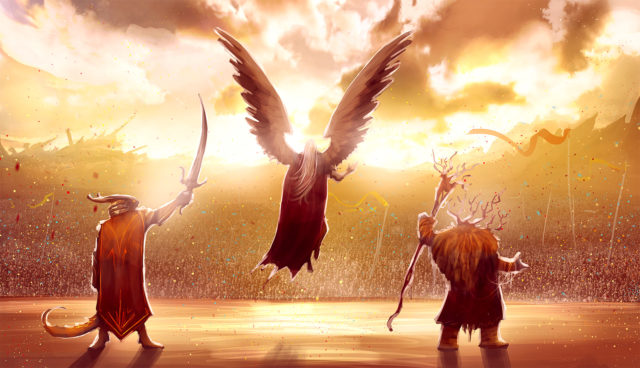 Laruna is a magical land where mortals attained magical power they’ve used to wage war against the supernatural creatures of the land, as well as each other. The end times of the land has come, and the young gods of the world will only choose one kingdom to spare from destruction. In the game, each player takes the role of a magically archetypically gifted leader of a kingdom. Both the archetype and the kingdom the player selects offers that player benefits that they can use in the game.  With the myriad of combinations of kingdoms and archetypes a player can choose, as well as the asymmetric design from the start, players are offered strategic options as soon as they sit at the table, as well as replayability.

With Laruna having roots in its RPG predecessor, the game has a universe that is neither generic nor inaccessible, but instead is specific and compelling. Fully formed lore in games of this nature is extremely uncommon. When we talked to John Borgese, CEO of Odam Publishing, about this unique aspect of the game and how it’s translated to the player’s experience, he remarked:

“Design-wise we wanted to create a sense of identity for Laruna and help players be immersed in a real place because that’s how the magic happens! That’s the stuff that makes a game session feel alive and memorable, much more so than the lifeless numbers that are being manipulated. When you play as a particular kingdom or archetype every agenda, spell, and unit is crafted to help you get the feel of what that particular entity would actually be like, so ruling a kingdom of devoted zealots would be very different than ruling one made of predatory night creatures.” 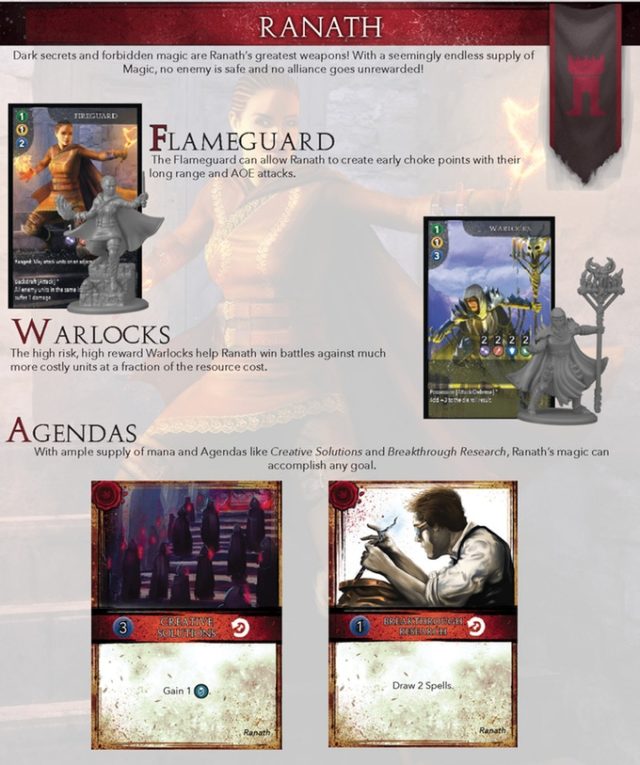 Victory for every player means earning the favor of the gods: when the young gods rain down destruction on the world, the leader with the most favor will spare their kingdom.  There are many ways to earn the favor of the gods, depending on your kingdom: conquering land and sacking the kingdoms of your opponents, or peaceably negotiating trade agreements and upgrading your means of production within your kingdom. Striking the balance between keeping your rivals in check without extending yourself, while also improving your own kingdom is where the strategy comes in. 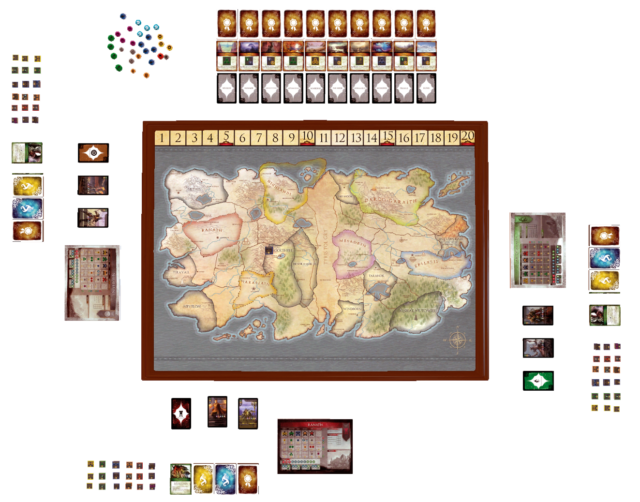 Combining the compelling aspects of worker placement games, including the acute pang of opportunity loss by committing actions for your limited number of workers, with the intriguing aspects of area control games, where players must walk the line between conquering without leaving themselves vulnerable to their opponents, in a rich world setting promises a really layered play experience. As John put it:

“I’ve always felt that anytime I played a game where there was a sort of impromptu storytelling happening in my mind (or out loud) I was happier with the experience. Since RPG games push that concept front and center, it offered a great inspiration as to how placing workers and fighting with dudes on a map could be something more if the players all felt like it was part of a greater story.” 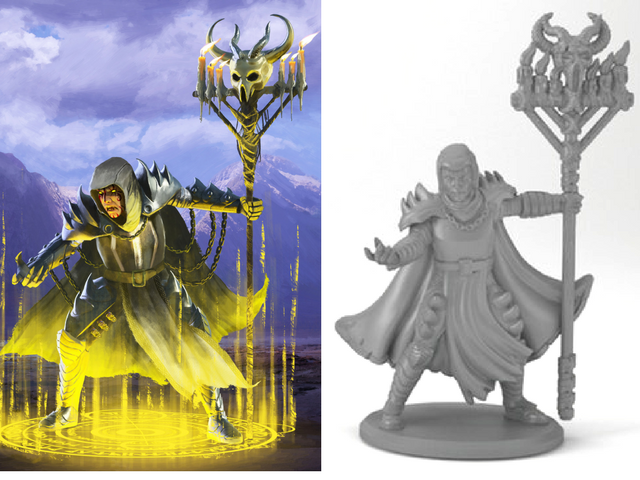 And of course, there are the miniatures. Laruna: Age of Kingdoms is promising 70 beautiful miniatures from the universe of Laruna. Inspired by the art that embodies the identities of the champions and units, the 3D renders promise players some stunning and characterful miniatures to put on the board. It’s pretty clear that these miniatures are more than just components, but more immersive elements to help you fully experience the world.

Moreover, comparing the model renders to the actual models from their previous miniature board game project, The Shared Dream, it’s pretty clear Odam can produce the quality miniatures their Kickstarter project promises. 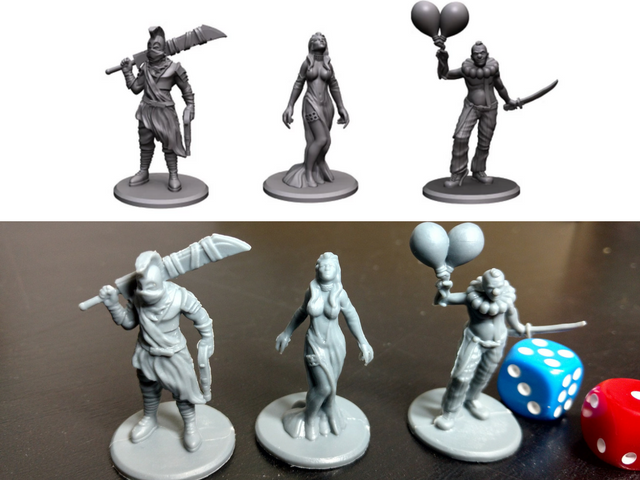 In the end, Laruna: Age of Kingdoms is an intriguing project for anyone who wants to explore a new and compelling universe through a board game that has familiar and accessible mechanics.

You can secure yourself a copy by backing the project on Kickstarter, but do it soon, as the Kickstarter ends on November 30th.