While there’s nothing as ubiquitous with roleplaying  as the smell of dry erase marker on laminated grid paper, there’s also something jarring about having an immersive experience with friends only to have to look at a surface of squiggly lines and crude shapes to discern what the heck will be happening in a particular combat instance. Worse still is when you’re roleplaying in a tavern, and the depiction of said tavern could have been drawn by Picasso.

This isn’t to hate on DMs who don’t have fine art degrees – you’ve proven your chops in storytelling rather than visual artistry, and mapping out a world for some DMs is more akin to fulfilling a begrudging obligation than the part of the role that is actually fun for them. And if you’re in that category (as I imagine many DMs are) there’s an app for that. 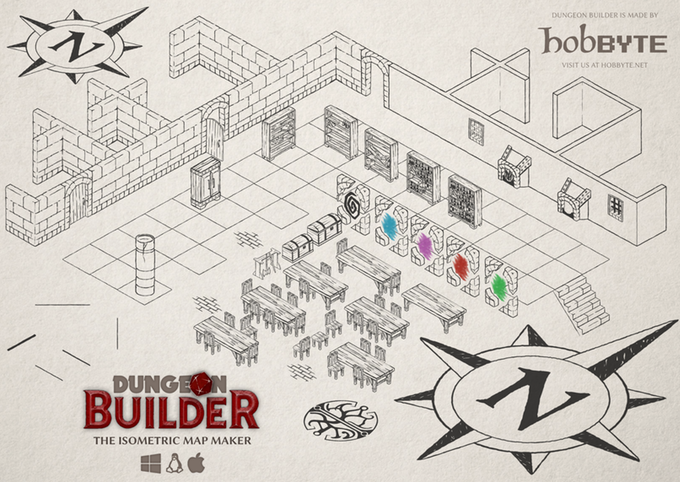 Initially starting as a free-time project for the creators, Hobbyte’s Isometric Map Maker for Roleplayers is nearing completion and is now looking for backers who want to support their project. The Kickstarter is underway, and the project has funded in less than a day. As of this writing, the project is over 200% funded and with more than a few weeks left to go, there’s plenty of runway for them to hit those stretch goals, many of the initial ones (including stacking walls, flowing bodies of water like streams and rivers, and details from mines.)

The best part of the whole project is that the creators have made a demo available for download, which is compatible for Windows, iOS, and Linux (which is notable because most lay people don’t use it, but also a little bit of a given because it is designed by a programmer who likely wants to use this software themselves.)

Having played around with it, I can say it’s like fantasy-world housebuilding in the Sims. The user interface is simple and easy to use, and building maps is immediately gratifying. There’s a few things of course that I’d like to see (tavern additions like an actual bar and the ability to select multiple elements and use the delete key to remove them) but given that this is essentially an alpha-stage demo, it’s remarkably robust. And in case you were wondering, I made a tavern (with rentable bedrooms for long rests, albeit without beds, and of course a gaming/reading room) in about ten minutes: 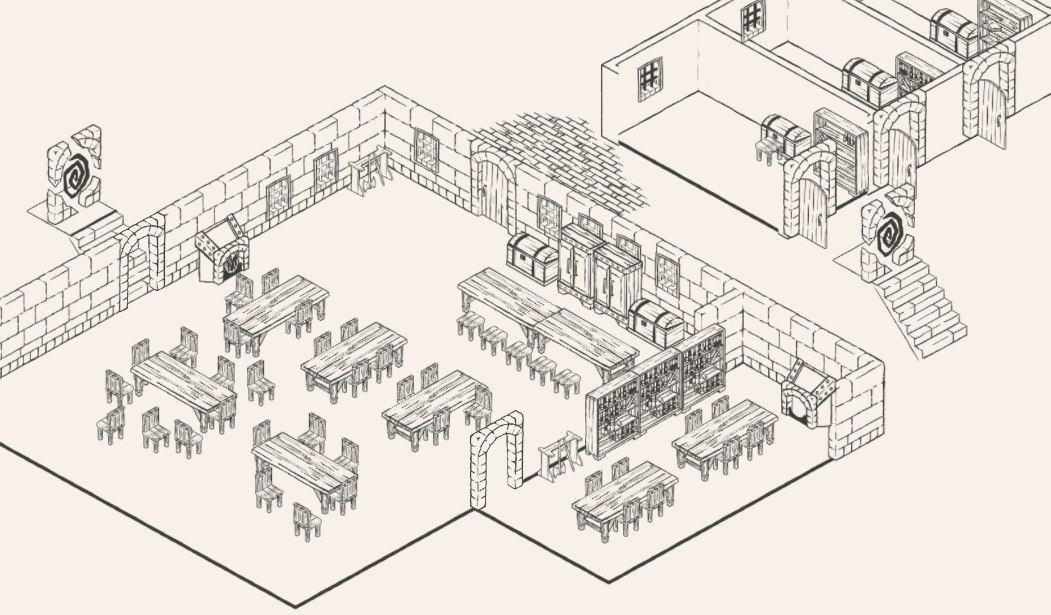 It’s pretty obviously that the creators want to do so much more with this piece of software. The demo shows that the foundation they’re building on is solid and we can anticipate much more. The risks are minimal, since so much of the software is built  and this project isn’t going to be hampered by the cost of physical delivery. When the biggest risks admitted by the creators is that one of them gets hit by a bus, you’re not likely to have to put angry posts on Facebook about not getting your Kickstarter (yay for that!)

What tools do you use for map making in your RPG campaigns? Let us know in the comments!

Teri Litorco never went to fine art school because her abilities are limited to paint-by-number and stick figures. She also is the author of The Civilized Guide to Tabletop Gaming, a book that’s like what Martha Stewart and Ms. Manners would write if they had to live in a world of gamer smell, con crud, and table flipping. Follow her on social media:  Facebook, Twitter, Instagram, and YouTube.