Looking for a great suspense-horror RPG show? Check out We’re Alive: Frontier – our new show GM’ed by Ivan van Norman as he takes a talented cast into a post-apocalyptic survival game. Catch it now, exclusively on Alpha.

The threat that Cthulhu Mythos poses is timeless. All of recorded history is a blink of an eye to the Great Old One, which makes it possible to fight these terrible creatures at any point in our history. Thanks to Fantasy Flight’s excellent Arkham Files series of games and the original Call of Cthulhu RPG, the battle during the early part of last century is well documented. For many investigators, there is one name that perfectly represents the modern day battles against this unnatural threat: Delta Green. 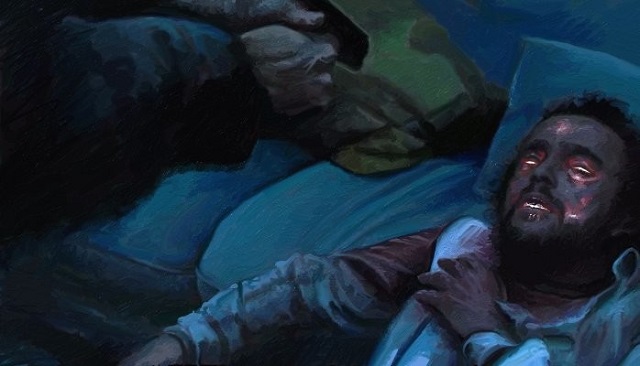 “John Tynes got sick of coming up with weird reasons to replace dead investigators in adventures,” said Dennis Detwiller, creator of Delta Green, “so he came up with a secret agency in the Federal government—Octagon Yellow, Circle Red… no, no, no, Delta Green. Someone dies? The government sends a replacement. Then Scott Glancy and I ran with it. I was obsessed with MAJESTIC and all things UFO—it was 1992!—so we brought that in. Glancy brought the Nazis. It all mixed together so well.”

Delta Green began life as a sourcebook for Call of Cthulhu released in 1991. It gave modern-day investigators a new framework to use when solving strange mysteries. Instead of being drawn into the mythos by the death of a friend, players made members of the Federal government that were part of a conspiracy using government excess to fight back against the monsters and madmen. Delta Green was a big hit with critics and fans, eventually a massive follow-up book called Delta Green: Countdown in 1996. The creators occasionally released fiction to tide over fans and maintained a website full of information useful for GMs, but nothing major happened to the setting until the creators launched a Kickstarter in 2015 to not just bring the setting back, but to update it nearly 20 years later.

“There was always a clamoring of “it’s great, but it’s so stuck in the 1990s!”, said Detwiller, “So we decided to show people what we thought it might look like today. And honestly, I just love it. Delta Green is one of those ideas that I never find myself wondering “what comes next?” I’m always 10 ideas deep, and that list of things I’d love to create for it never seems to shrink. And then, the reception for it was just off the map. We were shocked (and super happy, of course!)” 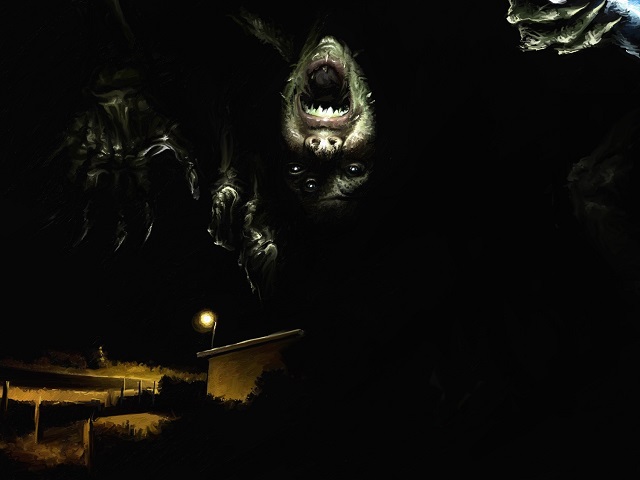 The new Delta Green has expanded into two books, the Agent’s Handbook and the Handler’s Guide. The Agent’s Handbook has all the rules needed to create an agent fighting the darkness, while the Handler’s Guide features a deep dive into Delta Green’s darker take on the Cthulhu Mythos. There are two versions of the conspiracy the players can belong to; The Program, the sanctioned conspiracy made up of Delta Green agents and MAJESTIC-12 operatives reorganized to work together after the events of the Delta Green novels, or The Cowboys who are unwilling to compromise with old enemies and continue working outside the law.

The books come with several packages detailing the skills each Federal agency gives to members, packages involving friendlies, who are members that possess special skills that aren’t members of the government, as well as options for rolling new packages for characters. The Agent’s Handbook also takes a deeper look at the agencies within the U.S. government that might have contact with the Cthulhu mythos, plus a breakdown of what military interest there might be.

“We embrace the Lovecraftian vision,” said Detwiller. He goes on:

“More and more I see ‘pulpy’ rules in relation to Cthulhu and I think, what’s the point of that? Lovecraft’s work is about NOT being able to defeat the Great Old Ones. A game where investigators skip in and out of scenarios with no lasting damage (or deaths) belittles each success. Eventually, in my experience, such “safe” rulesets leads to a monster-of-the-week feel which removes any fear. But in Delta Green, to go in, be cautious and to survive! That’s what makes Delta Green special. The feeling of making it by the skin of your teeth and in that same moment knowing deep down, that one day YOU WON’T make it. I think that’s why it does so well. That and the amount of work we put in. We avoid rushing anything. Ever since Delta Green’s earliest days it’s been late—and for good reason—we want to get it just right.”

The new rules set will be familiar to fans of its original Call of Cthulhu incarnation. Agents use percentile rolls to determine success or failure, clinging to a slowly draining Sanity score. In these stand-alone rules, however, agents also have bonds that represent why the agents fight. These bonds can be used to soak up Sanity loss in the filed, but at the cost of deal with their weakening when the agent is off the clock. Knowing why an agent fights adds depth to the character and scenes where the agent comes home and finds out their spouse is leaving or their parent has passed away add personal drama to cosmic horror.

“Delta Green is about sacrifice in the face of absolute destruction,” said Detwiller. “Delta Green will never win. They can only fight a holding action until humanity falls. But how do you bring this home mechanically? We incorporated it into the game with the Bonds system. Your Agent has relationships measured in points—your wife, your kid, your poker buddy—and you can shunt trauma to your sanity on to those relationships to stave off the inevitable insanity which is coming for you. Invariably, Agents get to watch their stable relationships spiral as they confront the unknown.”

The new version of Delta Green is currently available in PDF. Physical books are on their way, including a gorgeous slipcase version of the two original books. Several adventures are available already, with a hardcover collection called A Night at the Opera just announced for fans to purchase. For anyone looking to try before they buy,  Need to Know is a free quickstart rulesset featuring a short version of the Agent’s Handbook and an adventure to use that will drop players in the horrific world of Delta Green quickly.

Love suspense-horror RPGs? Check out our new show  We’re Alive: Frontier GM’ed by Ivan van Norman as he takes a talented cast into a post-apocalyptic survival game. Catch it now, exclusively on  Alpha.