Given how Rogue One takes place during a very specific moment in the Star Wars chronology–leading directly into A New Hope‘s beginning, no less– fans have wondered if we could ever possibly see Jyn Erso and her crew again. Well, turns out, that question’s getting answered quicker than expected for at least one of her comrades. LucasFilm has revealed that Jyn’s mentor, Saw Gerrera, will soon be appearing on Rebels. And as this poster makes clear, he’s got a catch phrase he likes to repeat.

Rebels, of course, stars an outfit of misfits fighting the Empire in the years between Episode III and Episode IV. Big names from the main movies like Obi-Wan, Palpatine and Leia have appeared on the show, and sometimes actors like James Earl Jones, Billy Dee Williams, and Anthony Daniels have even reprise their roles. Forest Whitaker will indeed be voicing Saw again when the character reappears. However, this particular appearance differs a little from previous guest stars’–and is a bit more fitting, too–because the character actually originated in animation before appearing in any movie. 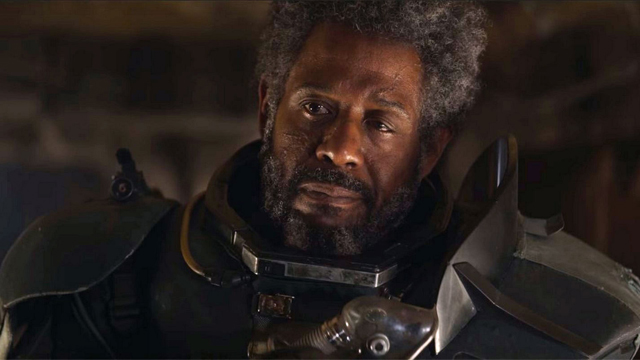 Saw is part of a very select group of movie characters, like the bounty hunter Aurra Sing and the double agent Jedi Master Quinlan Vos, who debuted in Star Wars spin-offs. He first appeared in Clone Wars, leading a resistance on the planet Onderon against the Confederacy of Independent Systems. He was aided in battling Count Dooku’s forces by none other than Anakin Skywalker, but their arc together ended in tragedy when Saw’s sister, Steela, was killed in combat. The roots of his more extreme approach to rebellion likely originated in that tragic loss.

Still, considering his… circumstances when last we saw him on screen, fans may still be confused on how this “original Rebel” could even appear on the show. Indeed, with all these stories taking place at different points in a timeline, even as they unfold simultaneously, it’s tricky to keep track of what takes place when. In short, Rebels happens prior to Rogue One, even though both are prequels to A New Hope. 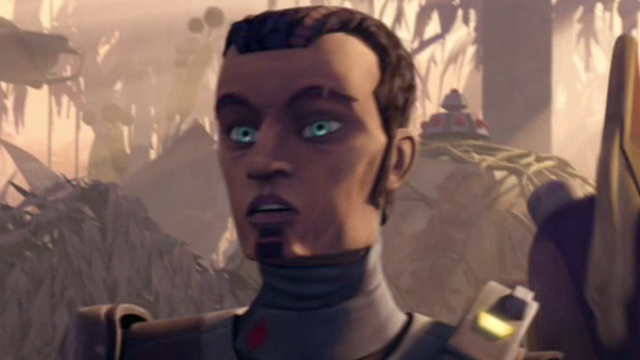 Interestingly, Saw was always meant to be a prominent character in the “dark times” stories cover. George Lucas originally planned for the character to appear in the unproduced Underworld live-action TV series. The specifics obviously had to evolve, but the plan for Saw has seemed to play out more-or-less as intended. There have been passing references to him on Rebels previously, and the nods have turned out to be strong foreshadowing. In this promo clip, the show’s crew reveals a lot about his upcoming appearance, explaining how he anticipated the building of the Death Star long before even the events of Rogue One.

You might notice a character who appears to be a Stormtrooper helping fight the Battle Droids in that clip. That’s actually an aged Clonetrooper who managed to defy Order 66 and remain loyal to the Jedi. Just like Saw’s faction demonstrated in Rogue One, these spin-offs have all gotten to explore more complex divisions in the war between the Rebel Alliance and the Galactic Empire. And after Saw’s appearance, the rifts might prove even deeper.

What other characters should pop on Rebels? Could the Rogue One fit into any other spin-offs? Drop your thoughts in the talkback.