Your First Look at the New ROCKO’S MODERN AFTERLIFE Comic

We wish we had a fraction of the grace our favorite friendly wallaby does when he has something terrible happen to him, but we’re also glad we don’t have to deal with a tenth of the issues he comes across. And things aren’t going to get any easier for him when he leaves our screens for the comic book pages, because in Rocko’s Modern Afterlife, the first problem Rocko’s going to face is a zombie outbreak. And we have your first look at it right here.

BOOM! Studios has offered a glimpse at the first issue in their new at limited comic book series. Written by Anthony Burch (Borderlands 2) and artist Mattia Di Meo (Adventure Time/Regular Show), it will see Rocko have to face one of his scariest obstacles yet, when his home of O-Town is turned into a zombie wasteland. It’s a story that sounds like a much funnier take on Stephen King’s Cell. 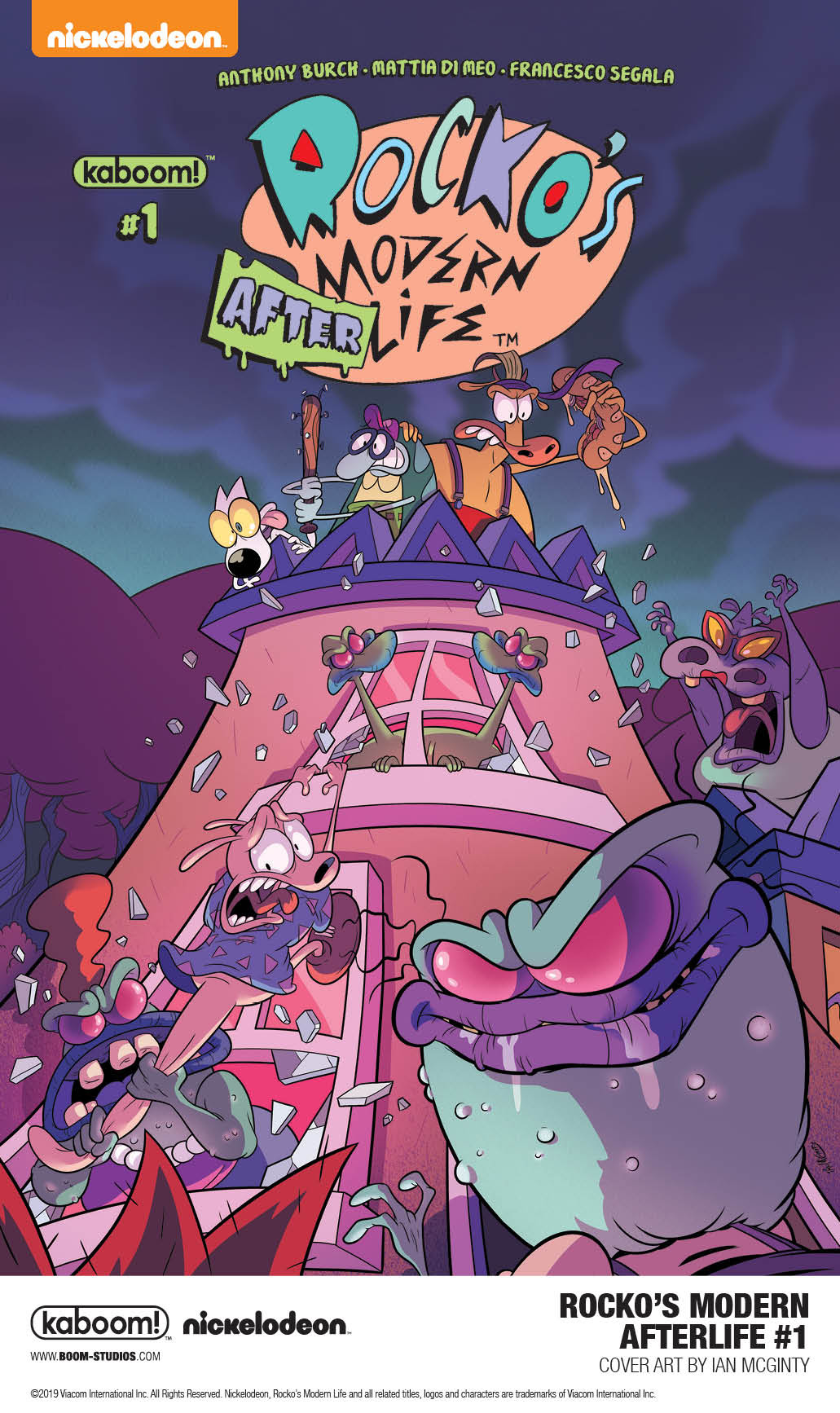 Welcome to the future of O-town where everyone’s cell phone is glued to their hands, Heffer makes a living streaming video games online, and the latest app lets you avoid all contact with everyone else without even looking up from your gadget! But even in the midst of this techno-utopia, there’s something not quite right with Rocko’s fellow citizens as the authorities call for a city-wide lockdown. While Rocko takes the two weeks as a time to chill and unplug from technology, the rest of the town seems to be going mad. When danger comes knocking at his door, the newly zen wallaby will have to choose whether to stay barricaded within his increasingly surrounded home or venture forth into a wasteland filled with mindless versions of his friends and neighbors.

The main cover (seen above) comes from Ian McGinty (Adventure Time, Invader Zim), but you can pre-order a variant cover by Joey McCormick (Teen Titans Go To The Movies). 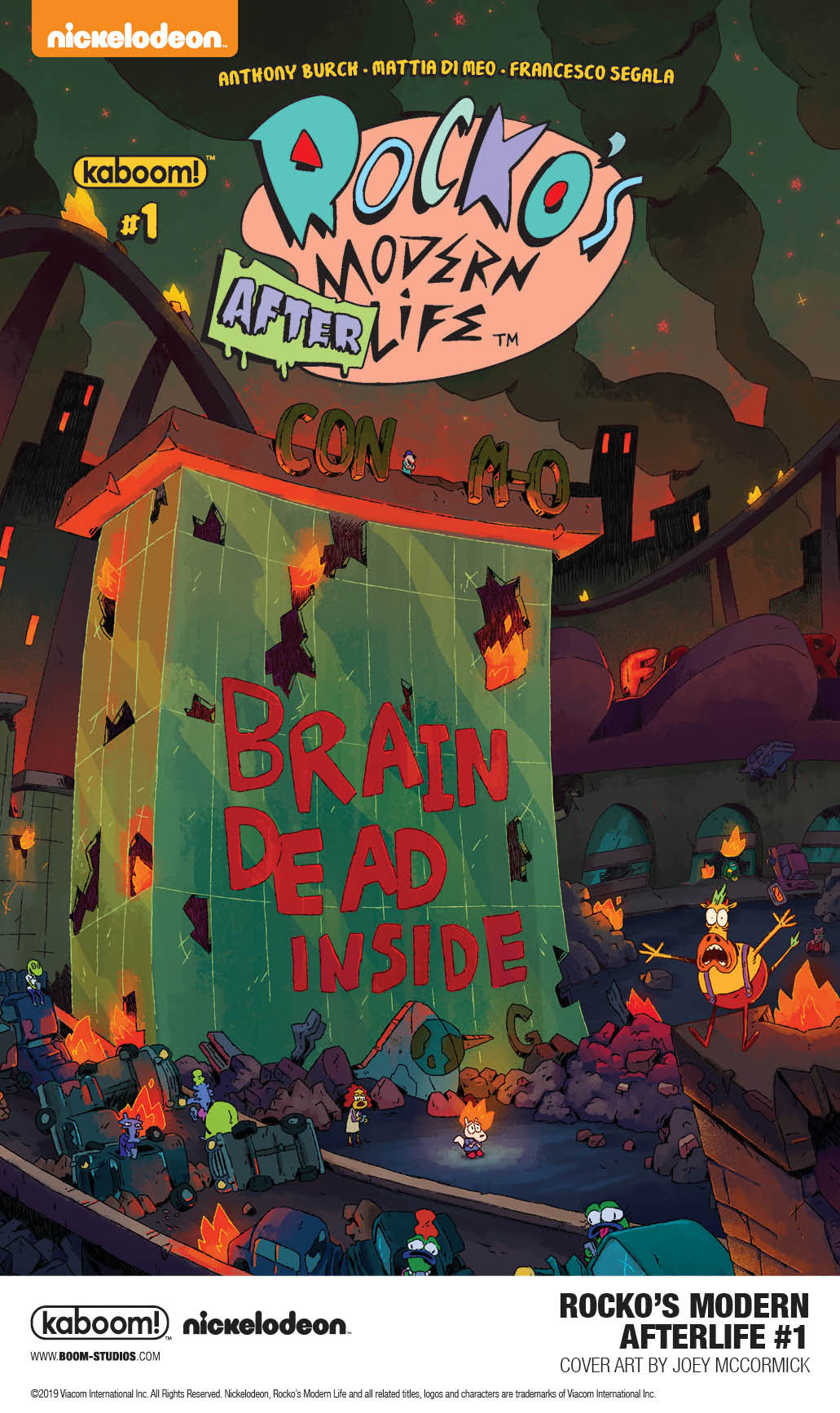 Rocko’s Modern Afterlife #1 will be available in comic book shops on April 3, 2019 (use comicshoplocator.com to find the closest location near you), or you can get a copy at the BOOM! Studios webstore on March 13, 2019. You can also order a digital copy from comiXology, iBooks, Google Play, and the BOOM! Studios app, but before you do that you can see the start of the story right here. 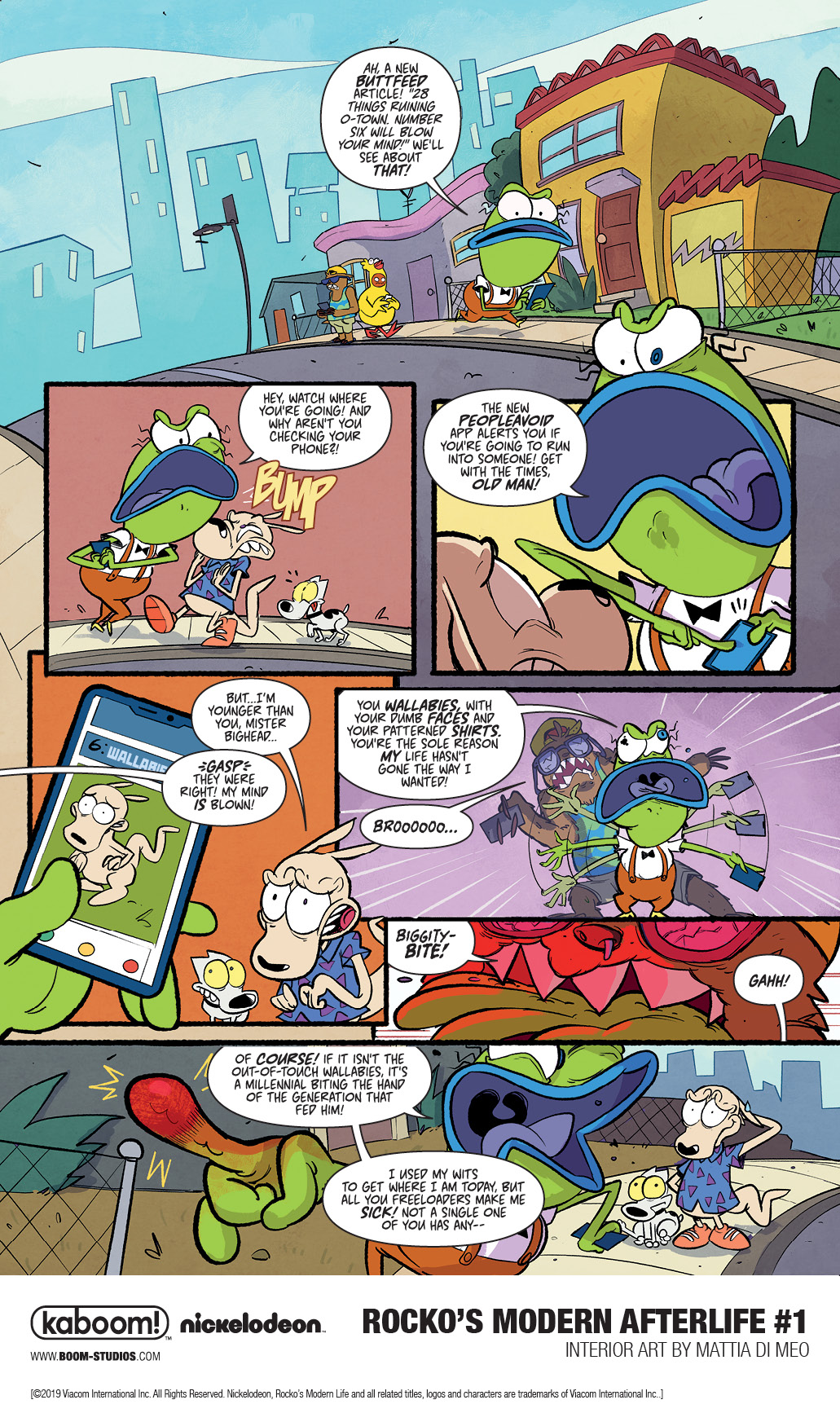 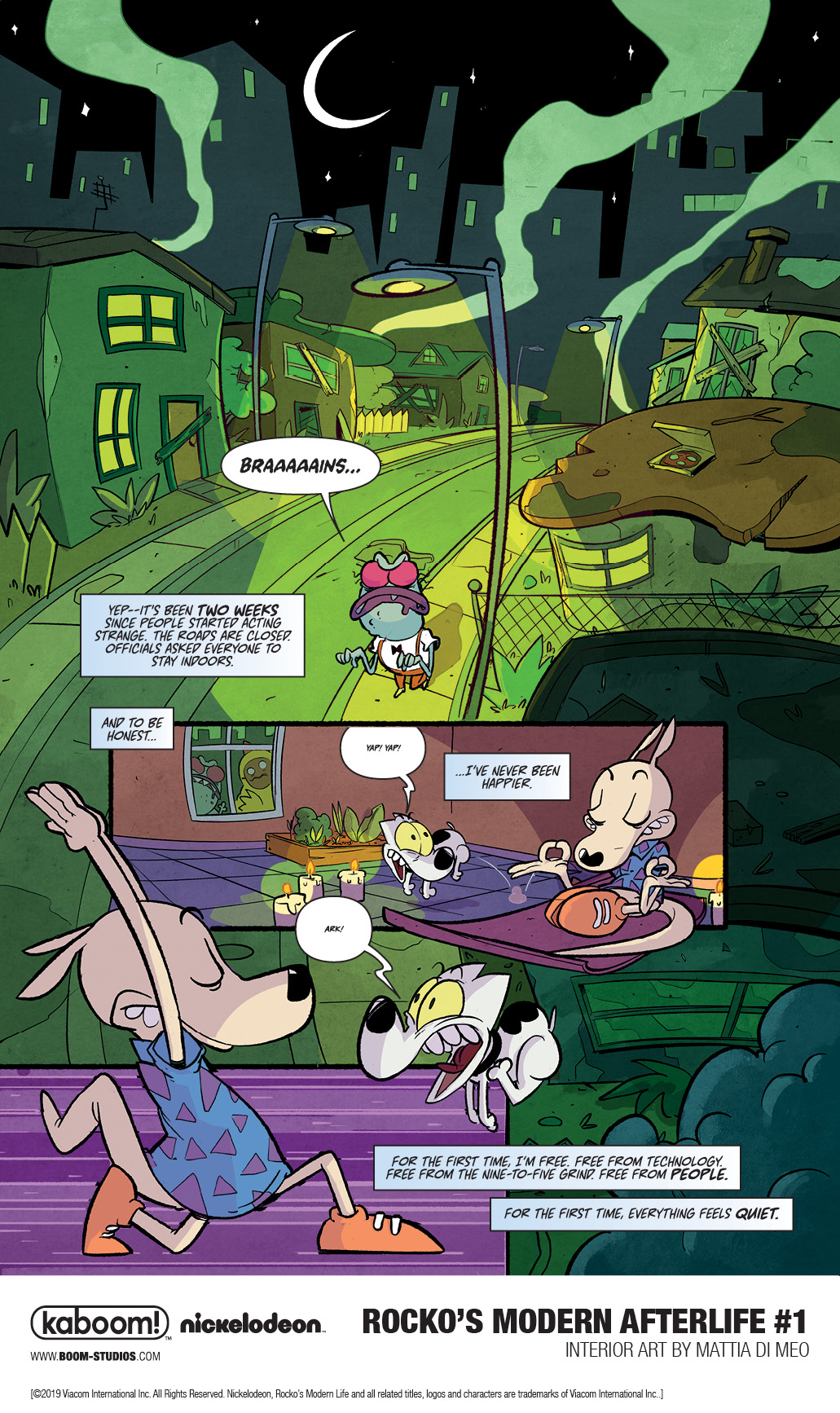 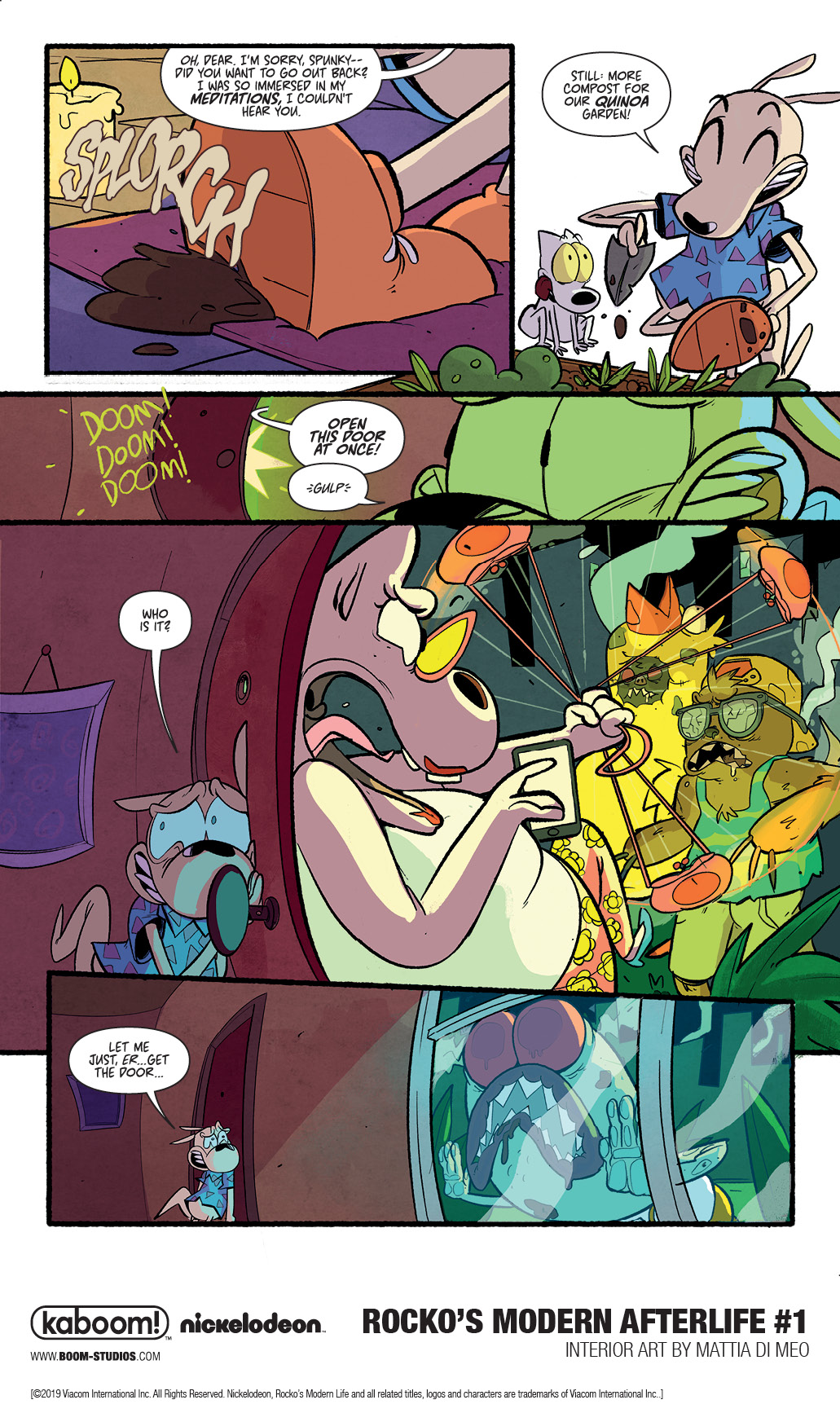 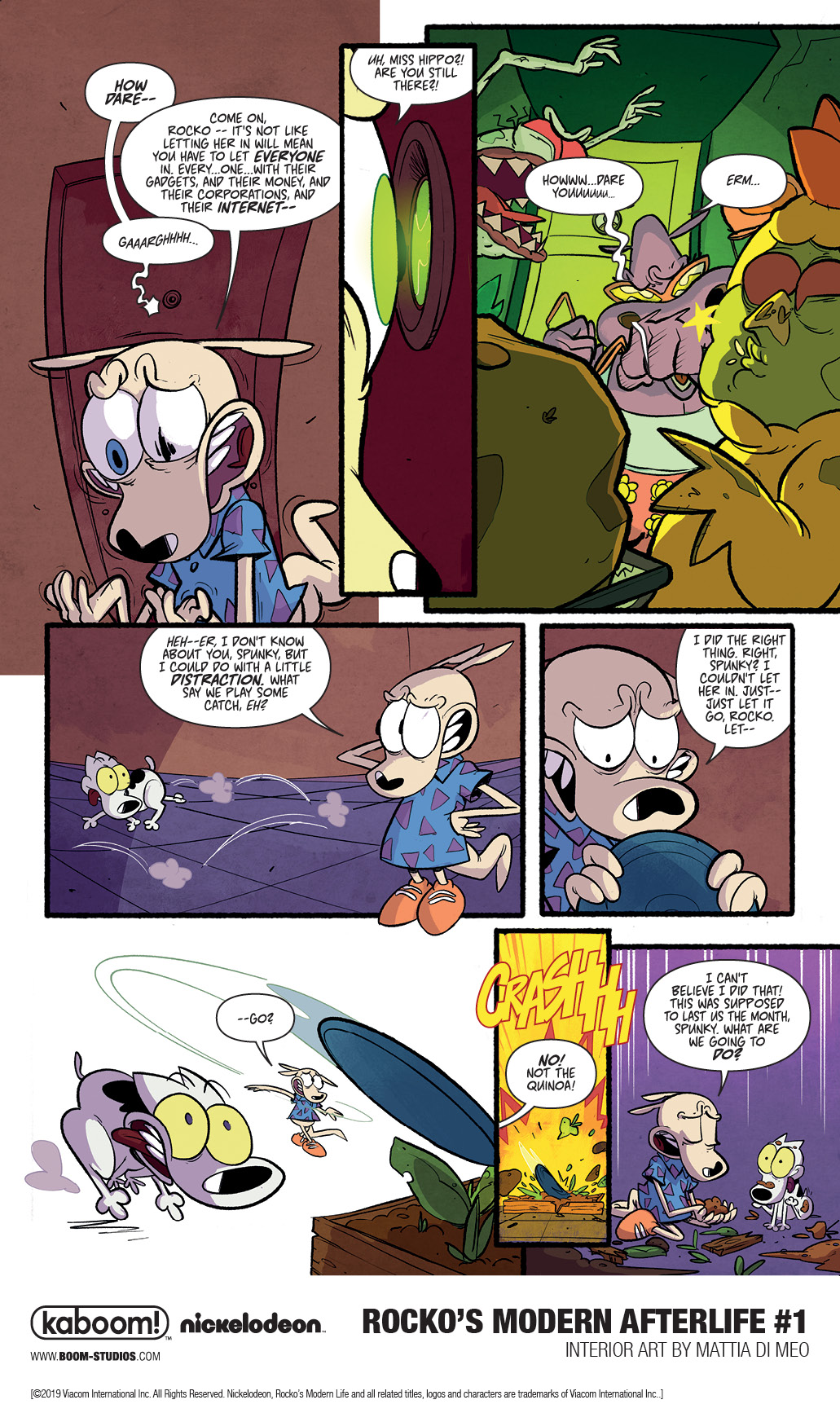 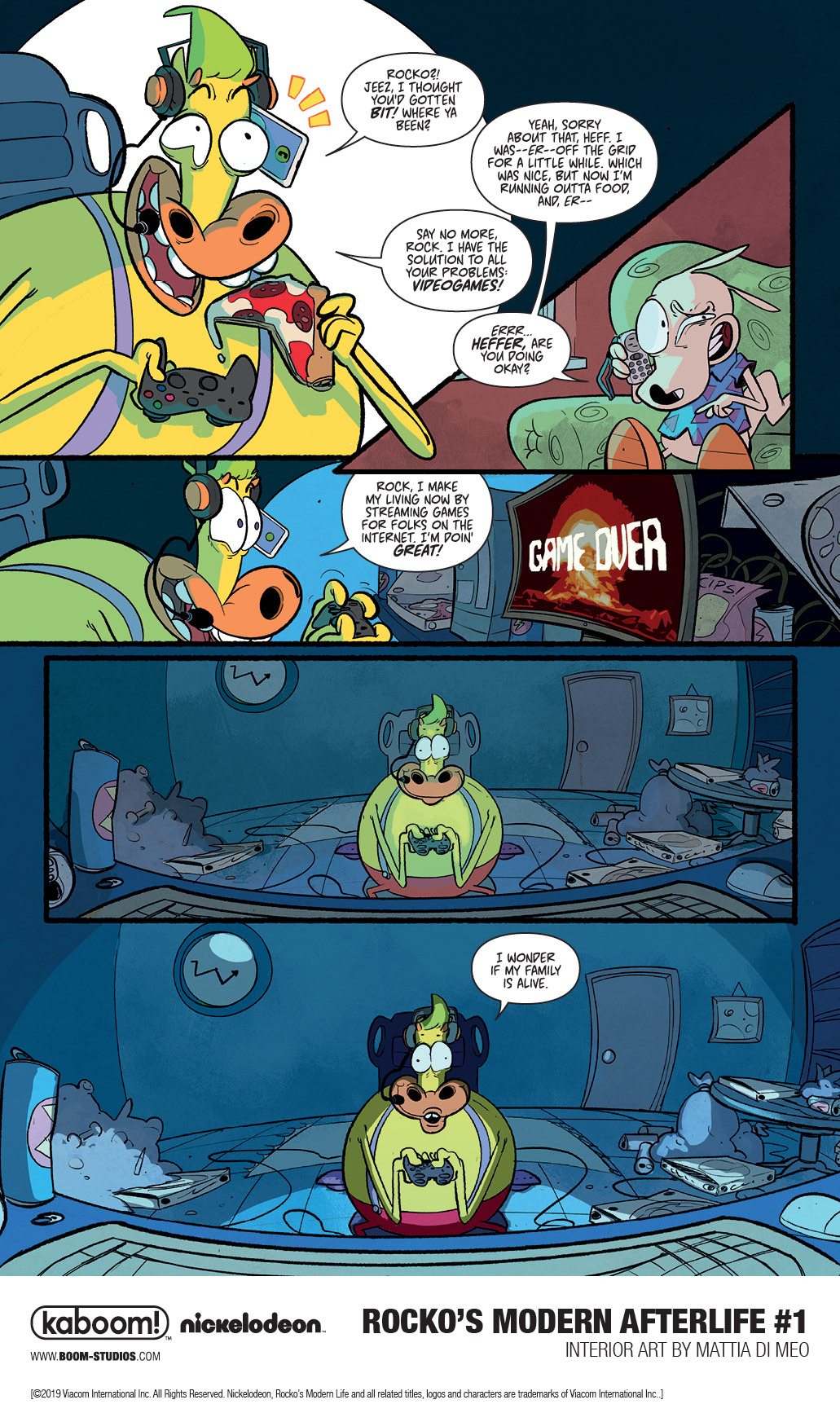 Obviously just like us you read that with the appropriate character voices in your head. It’s not like we don’t know what Rocko sounds like when he yells, which somehow he always manages to do with grace.