Often when we hear about an actor cast to portray a famous figure in a biopic about the latter’s life and work, the first thing that runs through our heads is an assessment of the visual. Do they look like them? Sure, we eventually get around to assessing whether or not the performer in question has the talent and presence to bring to life an artist, politician, or what have you so significant as to warrant the cinematization of their life story in the first place. But before any of that, we consider the looks. And when it comes to singers, for instance Elton John, whose upcoming biopic Rocketman has just dropped its first trailer, we consider the sounds too.

As we learned recently from our first look (in the form of the below still) at star Taron Egerton in costume as a young Elton John, he does pass the look test. (If you haven’t seen a photo of young Elton John in a while, a cursory Google search should be enough to inspire an, “Oh, yeah, sure, I see it” at the very least. But question of the sound remains on our minds.

The above trailer looks vibrant, flashy, energetic—all the things we’d associate with Elton John. But any fan of the rock legend might have a hard time hearing Egerton’s voice and equating it with John’s. Whereas the forthcoming Bohemian Rhapsody employed a Freddie Mercury soundalike to sub in for star Rami Malek (who, with his ‘stache, does capture the look of the Queen frontman quite well), Rocketman seems satisfied to prioritize the “essence” of Elton over the acoustics. 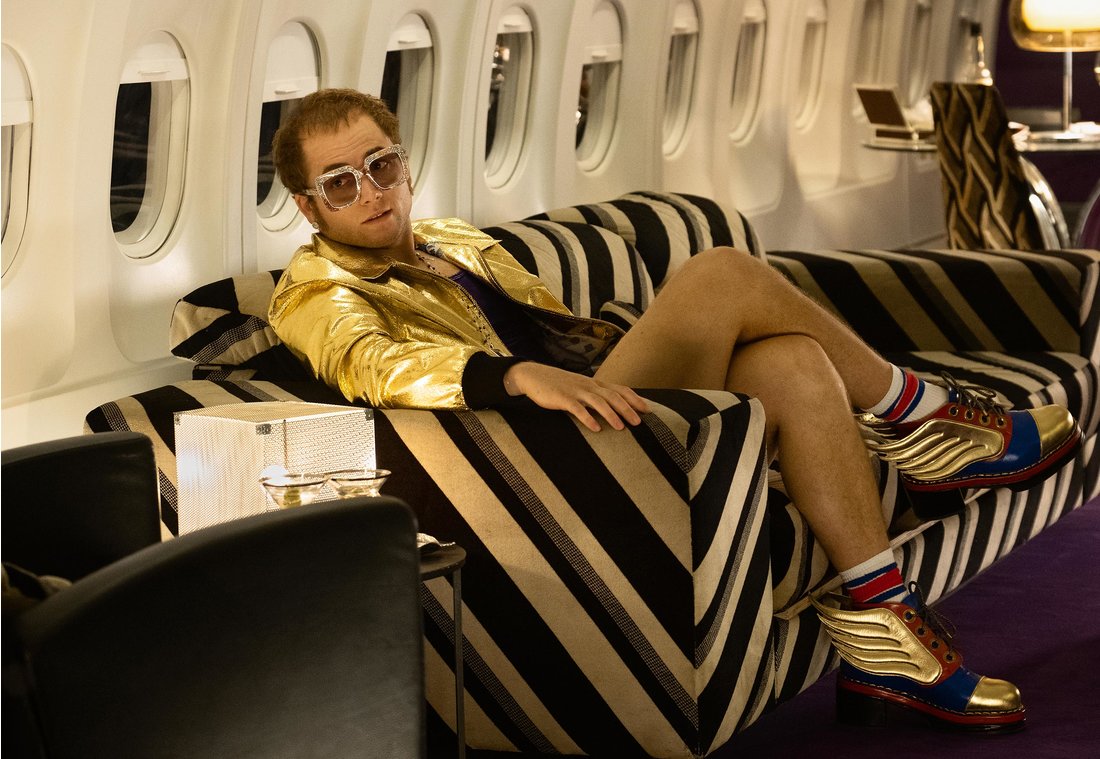 And perhaps for good reason! Egerton’s shown off enough panache, both comedic and dramatic, in the likes of Kingsman and Eddie the Eagle to energize us about his forthcoming portrait of Elton John. It could well be spot-on enough to make us excuse the odd misplaced octave.