With EA Sports’ FIFA games selling millions of copies yearly, sports fans consider it the go-to game when it comes to getting balls into goals. But Psyonix has a free-wheeling alternative to the norm.

The team behind the stunt-filled Supersonic Acrobatic Rocket-Powered Battle-Cars for PlayStation 3 has taken its time with its latest console release, Rocket League, hoping to change the dynamic of sports games as it’s known. The principles of soccer are still intact – there’s an enclosed arena and the only way to score points is by hitting a large ball into a goal – but it’s made one unique change that’s drawing in a huge assortment of fans.

By throttling race cars around the arena, players can execute a number of trick plays as they attempt to bump a ball into a neon-lit goal. But it’s a job easier said than done – there’s a certain finesse when it comes to learning the sophisticated yet entertaining gameplay.

The game’s controls work along the same lines as a racing game – right trigger to accelerate, left to brake, the nitro button when you run over one of the light-up icons – but you have to adjust this gameplay style to chasing after a large ball on the field, so that you can hit it.

In addition, the X button also enables jumping, so players can not only get some air on an incoming ball, but they can also nudge it just right so that it goes airborne towards their own goal. 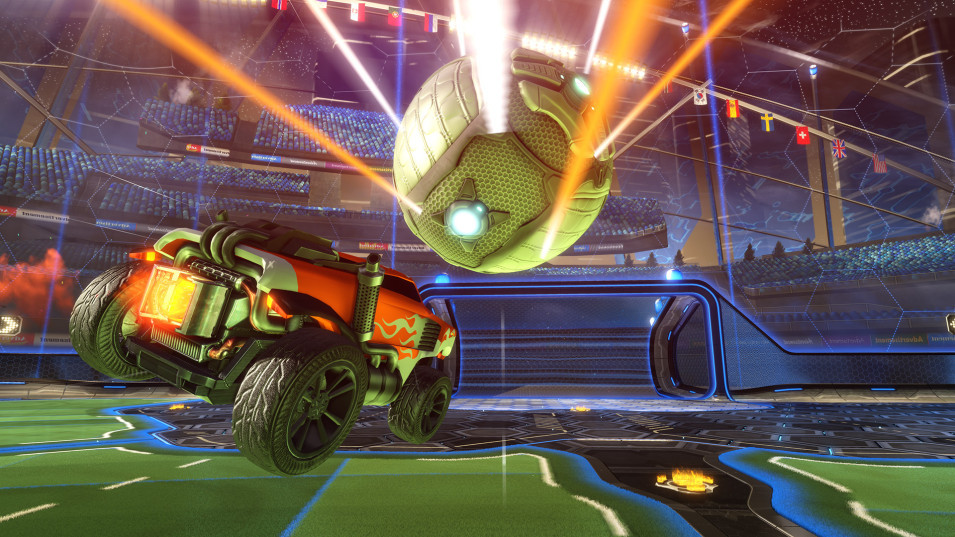 Does it sound complicated? Yes – after all, melding driving controls with a typical sports formula isn’t your everyday game development. But Psyonix has pulled it off, and, following the game’s release earlier this month, fans have flocked to it like crazy, partaking in local and online multiplayer match-ups (from 1v1 up to 4v4) and creating an array of wild moves, like driving up a wall and jumping off to hit the ball away, or a vengeful boost that can wipe out an opponent with a direct hit.

Along with multiplayer, Rocket League also has single player action, so that newcomers can practice before taking the competitive field on PlayStation Network. There are also incentives for repeat play, including unlocking new fields and parts for cars. They make all the difference here as well, as a stronger chassis enables you to go head-on with opponents without getting so easily shoved out of the way. (It never hurts to have some nitro on your side as well.)

With forthcoming tournaments, Psyonix’s Rocket League is on the verge of becoming a favorite with fans – and may even make its way to the eSports realm one day, with its unpredictable nature and responsive gameplay. For now, though, it’s becoming a darling in the virtual sports world – and a kick in the pants to typical soccer games.