It’s getting a little chilly outside for most of us. The perfect weather to grab something like a hoodie to stave off the brusque air. But that desire for this classic piece of clothing takes a sinister twist in Robyn Hood. The film’s creatives previously spoke to us about this succubus story with its titular character stealing hoodies and souls from unsuspecting men. Now Robyn Hood is officially in the horror sphere with a short premiering on October 24 in Atlanta. It chronicles Robyn’s encounter with Qaseem a.k.a. Q, the latest guy to cross her path. And it is a comedic and dark delight. 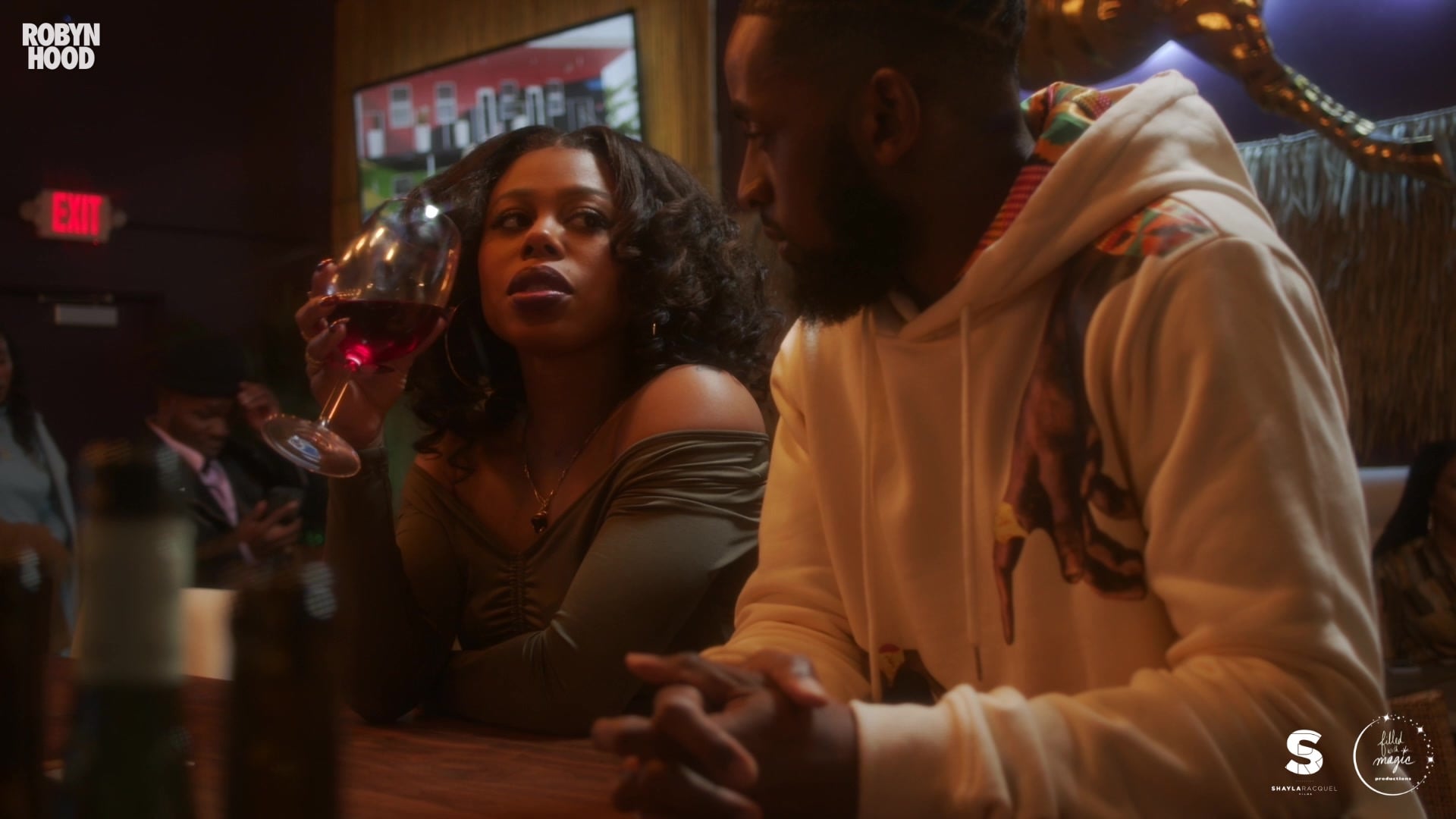 Robyn Hood starts off innocent enough. Q (Daniel Augustin) gets together with his friends Crystal (Bianca Bethune) and Jalen (Ben Abiola) for a casual night of drinks and conversation. Their realistic banter and dynamic quickly establish their friendship, raising the viewer’s investment in them as characters. There’s nothing quite like a humorous rogue best friend like Jalen to compliment and hype up a charming handsome lead. We get just enough expository info about Q to care about his journey but not to the point that what transpires with him feels “unfair.”

Q is fresh off a breakup and not looking for a woman. Of course, this means he must meet someone right? Enter Robyn, a seemingly single woman sitting at the bar sipping wine. (Hint: this isn’t the first time we see her. Watch Robyn Hood more than once to pick up on the details!) Gail Bean brings this mysterious character to life, infusing her with directness, sex appeal, and a sort of otherwordly aura (bolstered by the dreamy lens she’s seen through) that sparks curiosity. 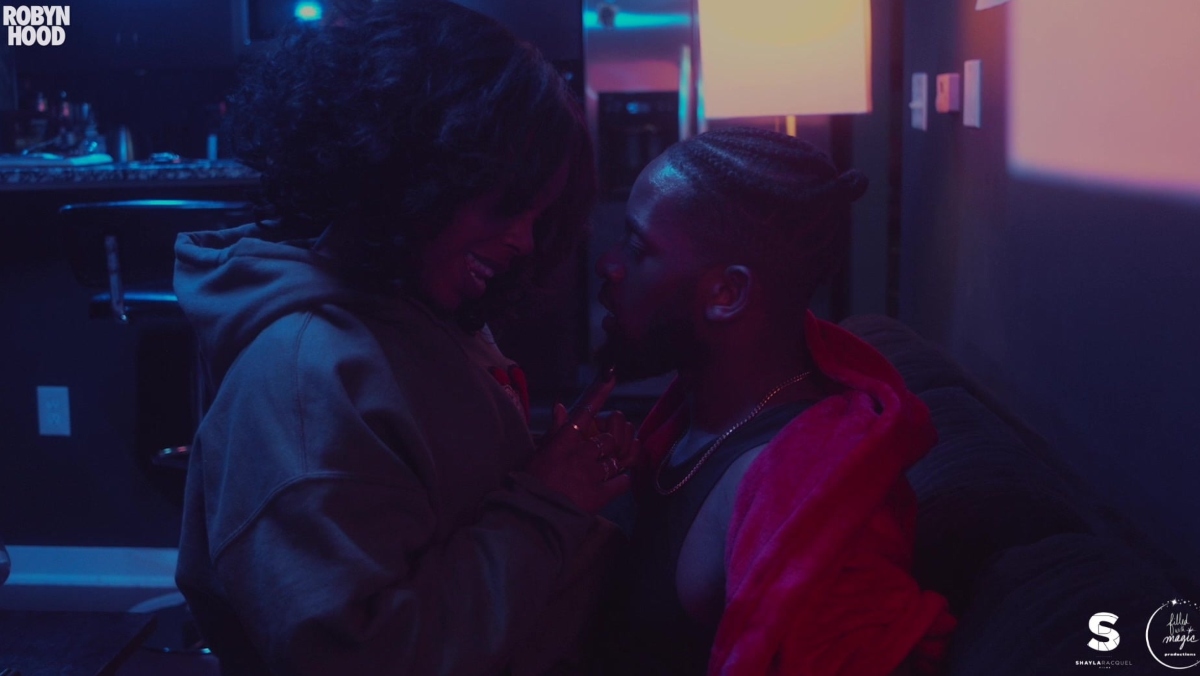 Things escalate quickly, sweeping us from a bar to Q’s (hella swanky) place. Their interactions are equal parts sexy with intermittent humor infused until things start to go left field. Robyn is cold (like, really cold) and only Q’s hoodie will warm her up. Tension raises as Q realizes that his night of passion is turning into terror. And just when you think you know how this will end, the story delivers something different. The final moments make you crave more stories from Robyn, a baddie whose bad because she can be. There’s no need for rationale nor further explanation for her actions.

Robyn Hood‘s creative team, comprised of writer/executive producer Shayla Racquel, producer Moon Ferguson of Juju: The Web Series, director Janeen Talbott, and cinematographer Kennard Medina, all did what needed to be done. The pacing, dialogue, nuanced connections, lighting, sleek locations, exquisite array of Black people, and everything in between makes for a gorgeous short. Brings my heart joy to see independent works done with heart and style. Robyn Hood is a quick and fun ride that takes women’s desire to wear a man’s clothes to another level.