The world literally does not need anymore podcasts. If you’re going to start a new one, it better be for a good reason. Fortunately for Rob Lowe, providing us with an excuse to do yet another Parks and Recreation rewatch is a perfect reason. That’s what his podcast with show writer Alan Yang is going to do. They’ll be giving fans an insider’s perspective on the beloved NBC sitcom with an original retrospective podcast.

Team Coco’s newest podcast series Parks and Recollection with Rob Lowe and Alan Yang will give fans of Pawnee’s most loyal public servants (and Tom) a chance to take a deep dive into the making of the Mike Schur show. The former Chris Traeger and series writer should have plenty of stories to share. As will those they welcome onto the show. Those guests will include Chris Pratt, Fred Armisen, Ben Schwartz, and more. From the series official announcement video:

“Parks and Recreation’s Rob Lowe (actor/NFL fan) and Alan Yang (writer/director/Mouse Rat bassist) host the definitive podcast about the making of the beloved comedy series. With special guest appearances by cast and crew, Rob and Alan share their unique, behind-the-scenes insights from in front of the camera and inside the writers’ room. It’s literally the best Parks and Rec podcast in the world. Go ahead, treat yo’ self!” 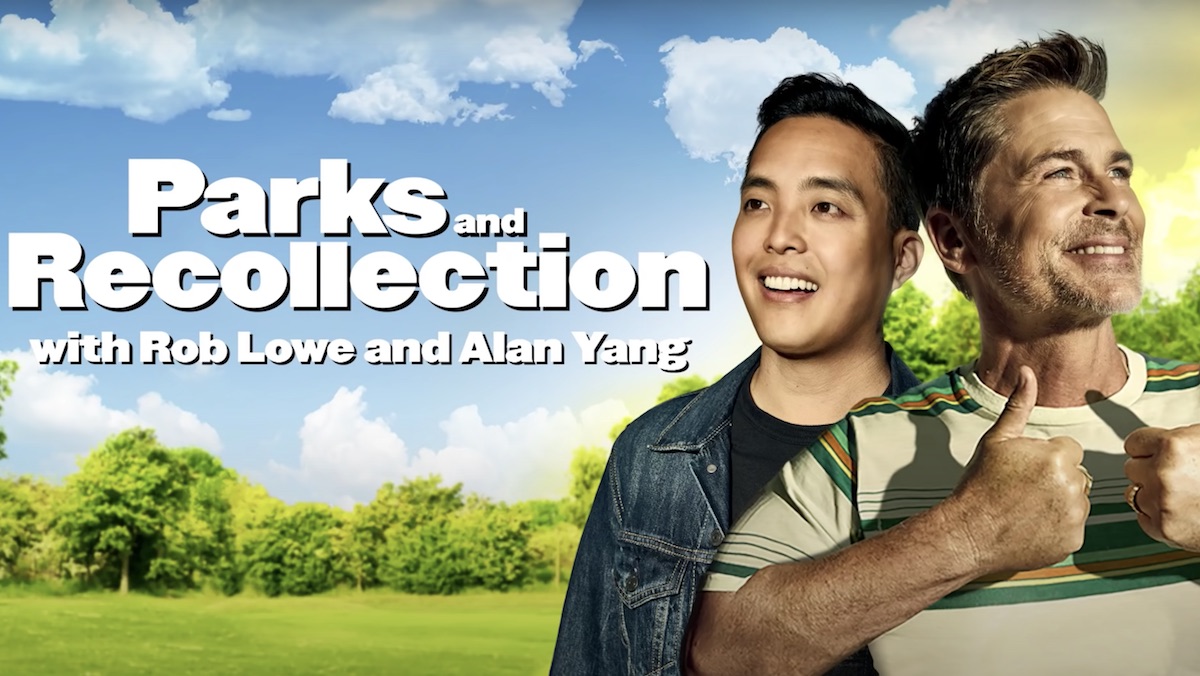 That description already lets us know what we’re in for with Parks and Recollections. It includes an amazing joke. Calling Rob Lowe an “NFL fan” is a reference to the time he wore an NFL logo hat to a game. That’s like wearing an Olympic logo hat to the 100-meter dash and saying you just hope no one trips.

Full list of people who own generic NFL caps:

We’d also happily listen to a podcast where Yang talks about nothing but Mouse Rat. Getting a full podcast about the whole show feels like an extra bonus.

Parks and Recollection premieres September 14. You can tune in “wherever you get your podcasts.” We don’t really need more podcasts in our lives. But we literally can’t wait for this one.