The CW’s sexy Archie Comics series Riverdale has been getting hot and heavy with fans for two years. In that time we’ve been introduced to numerous hot (fake) teens, multiple murder mysteries, and even some seemingly supernatural cults. The last season ended on a huge cliffhanger, but New York Comic Con gave us a new Riverdale trailer that answers a lot of burning questions.

The third season of the hit show ended with an ominous flash forward to Archie, Betty, and Veronica in their underwear (of course) standing around a fire in the woods mysteriously burning their clothes, including Jughead’s iconic beanie. When Betty offered up the ominous warning that the trio “can never speak of this again,” fans were understandably worried, and this trailer seems to set up the reason why the group is in the woods in the first place.

As they sit at Pop’s Choc Lit shop, Jughead and Betty suggest a camping trip to “the woods,” which (seeing as Riverdale has a ludicrously high murder rate when you’re just in the regular town around lots of people, lights, and police) seems like a terrible idea.

Their summer plans are interrupted when Archie receives a phone call that will change his life forever. It’s been one of the biggest questions looming over the new season, what the show would do about the devastatingly sad passing of Luke Perry who has been a core cast member since Riverdale debuted. That is answered here as it appears that Fred Andrews has died and this season will see Archie having to deal with this massive loss whilst trying to memorialize the man who meant so much to so many. 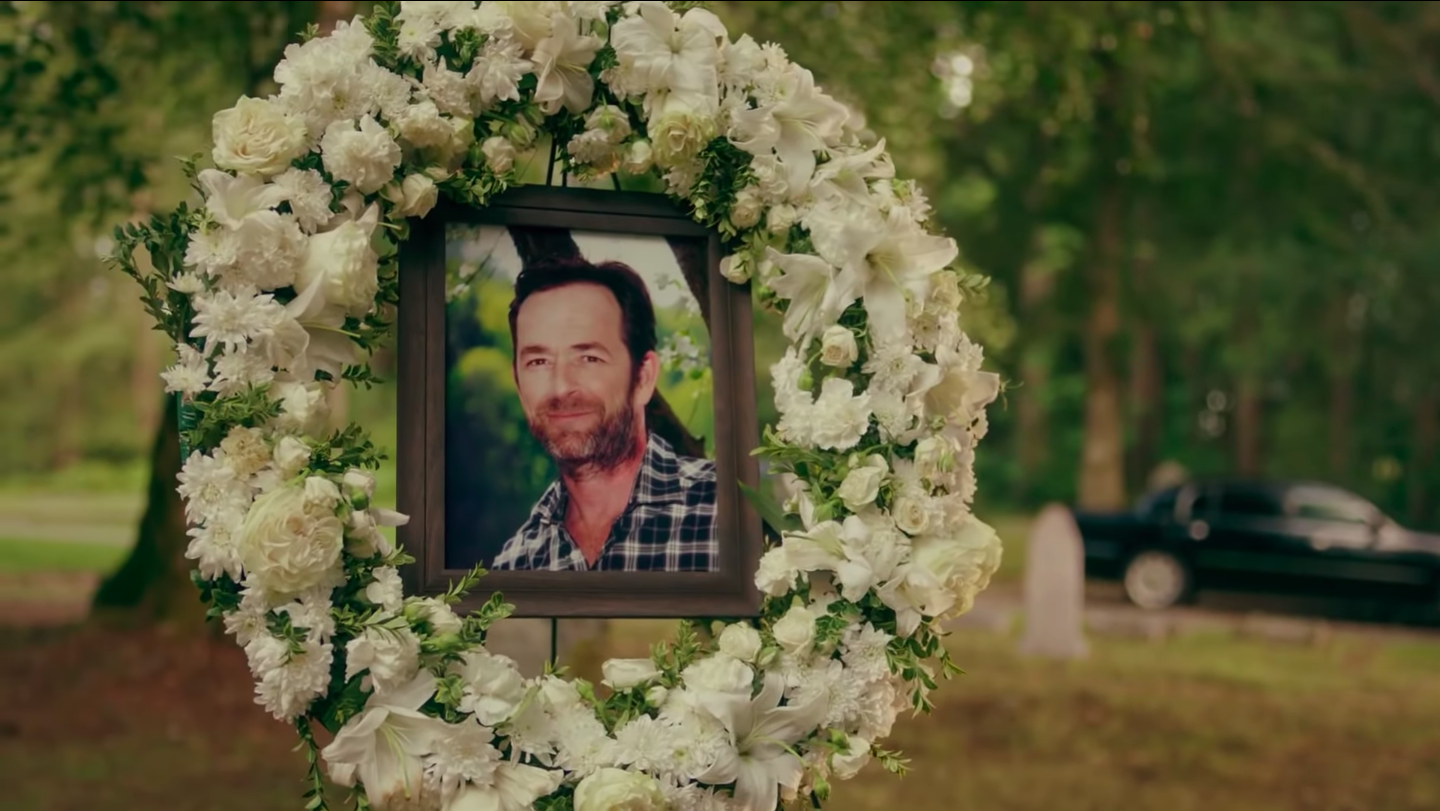 We also get glimpses of lots of saucy sequences including the reuniting of Hermione and Hiram Lodge, who it looks like has been up to his old tricks making his daughter a social pariah for all of her extracurricular activities. Fans also got some serious #Falice action with Madchen Amick’s Alice Cooper and Skeet Ulrich’s FP Jones offering up some more adult romance. Of course, there are a whole bunch of sexy teen scenes too including Toni and Cheryl utilizing the most of The CW/ Warner Bros. connection in a Harley Quinn and Poison Ivy costumed hook-up.

Some other highlights that hint at the bigger storyline this season feature Betty looking for her mother who appears to have gone AWOL, and a later team-up of Betty and Alice Cooper who are both toting guns. The kids will be heading to a new school which looks very fancy and will undoubtably be some king of manical blood cult if previous seasons are anything to go by. Also, there are some classically funny Jughead outfits as Cole Sprouse and the costuming team commits even harder to his apparent third act Bugsy Malone inspired looks. Whatever your campy teen-tv poison it looks like season four of Riverdale will deliver it in stylish spades.