by Rosie Knight
Riverdale has been an unprecedented success, with the dark reimagining of classic Archie Comics characters  from cult favorite to word-of-mouth smash hit.

At this year’s San Diego Comic-Con, we chatted to the Executive Producer of Riverdale and CEO of Archie Comics, Jon Goldwater, about growing up with Archie, reimagining the iconic characters for a new age, and the lost Riverdale movie that never was. Goldwater is the son of original Archie Comics founder Jon L. Goldwater, and so Archie is very much a part of who he is and his journey to creating Riverdale. “I don’t know this for a fact, but I assume that I learned to read by reading an Archie comic because they were just part of my entire being,” Goldwater said. “It was always part of the fabric of my life, and to see how far we’ve come since I came in to run the company about 10 years ago—when we were definitely hanging by a thread back then—to see how we’ve gotten from there to here and all the steps in between has really been amazing.”

A chance encounter on a commute was what sparked Goldwater’s drive to reinvigorate the world of Archie. “I was in my role for around three months, and I was on the train to Manhattan,” he said. “I was just reading a comic and relaxing when a nice lady sitting across from me said, ‘Oh my lord! They still make those!’ And I thought, ‘Okay, we have problems here. We need to address them.’ As much as I love these characters and I understand that they’re part of the fabric of Americana, so to speak, things have to change.”

Goldwater called a meeting with the staff where he asked them to give him their wildest ideas, assuring them that to move the company forward “anything was on the table.” Goldwater promised his staff job security no matter what kind of strange and surreal ideas they might’ve had—especially if they’d been previously shot down—and that was really the genesis of everything that’s happened.

One of the first steps that Goldwater and co. took to reshape Archie was an alt-universe comic which saw an adult version of our beloved redheaded harlot of Riverdale married in one life to Veronica and in another to Betty. Life with Archie was a new route for the classic comics company. But it would be a variant cover to an October issue drawn by Goldwater’s “all-time favorite comic artist” Francesco Francavilla, carrying the parody title Afterlife with Archie, that really inspired the darker side of Archie Comics. “I was out for lunch with Roberto [Aguirre-Sacasa] and my son, and they were riffing off of each other, and Roberto said, ‘You know, I was so disappointed when I got that cover and opened the book and it wasn’t a horror comic!'” Goldwater said. “And my son agreed.”

Turns out that it was actually a longtime dream of Aguirre-Sacasa’s to create a horror Archie comic. He and Goldwater planned the project on the condition that Francavilla would have to return as artist, and Afterlife with Archie was truly born. But convincing the rest of the company on this was a harder sell. As Goldwater told us, he was “sitting with my internal troupe at Archie, and I said, ‘Okay, we’re going to publish a horror comic.’ And I tell you, you could’ve heard a pin drop. They were like, ‘What are you talking about?’ So I told them, ‘It’s by Roberto and Francesco, and it’s called Afterlife with Archie.'” And the rest, as they say, is history. When it time came to craft an onscreen vision for Archie, the creative team’s original idea was vastly different from the Twin Peaks-influenced soap opera that we all know and love. “Initially, when [Roberto and I] were talking about Riverdale, it was a feature film—a John Hughes-type, fun feature film… luckily, we weren’t able to sell it,” Goldwater laughed. “But through that entire process we just kept developing and discussing where we needed to go. It’s important to mention that Riverdale has also evolved in a way that we couldn’t have imagined. But the backbone of Riverdale is still friends, it’s still family, it’s still community, it’s still the core four. Cheryl, Pop Tates. You have all those pieces on the playing field, but the playing field is just a little different.”

The success of Riverdale has led to the show’s first (sort of) spin-off, Chilling Tales of Sabrina. It’s based on another of Roberto Aguirre-Sacasa’s comics, this time created with artist Robert Hack. Goldwater is clearly ecstatic about the show and its leading star, Kiernan Shipka. “I’ve wanted Kiernan to play Sabrina for the last five years, but she couldn’t because she was on Mad Men, or we just didn’t have the right take for her or the right timing,” Goldwater said. “But then it all came together, and now she’s Sabrina and I couldn’t be happier. It’s just amazing!” We’re just as excited as Jon about the potential greatness of Sabrina, and the upcoming third season of Riverdale! Do you love the new iterations of Archie and his buds? Can’t wait to see just how horrific Chilling Adventures will be? Let us know! 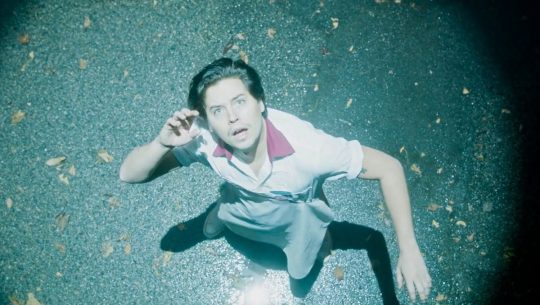 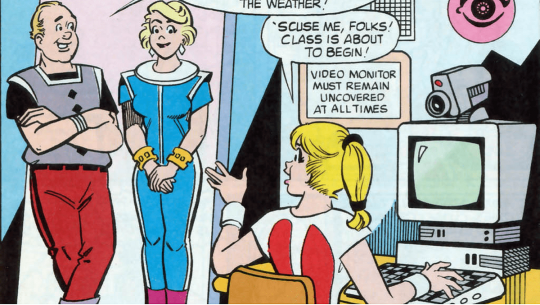 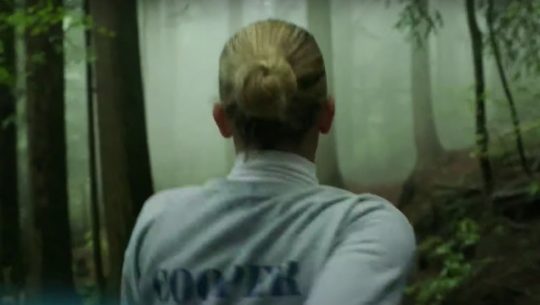