Riot Games Brings League of Legends To The Table With Mechs vs. Minions - Nerdist

Riot Games Brings League of Legends To The Table With Mechs vs. Minions

Riot Games is a company known for one game, but it just so happens to be the biggest game in the world. Millions of people around the world hop on their keyboards and jump into League of Legends, a game of heroes, massive power, and an endless swarms of minions. But if you’re used to last clicking or know your top from your bot, you might get a little lost when you try jumping into this massive world.

Until now, there have be few avenues into the world of League without jumping directly into the game. Last week, there were rumblings of Riot coming out with a board game. Rumors about price, functionality, and mechanics ran rampant on a popular League of Legends sub-Reddit, but concrete details were few and far between.

That is until today.

Mechs vs. Minions is a 2-to-4player co-op tabletop campaign set in the LoL universe, and it promises to deliver a robust and fun-as-hell tabletop experience.

The box set will contain a ton of pre-painted, high quality miniatures, effect cards, and a lavishly illustrated board. And for $75 plus shipping and handling, the cost-to-stuff ratio will satisfy even the most discriminating player. 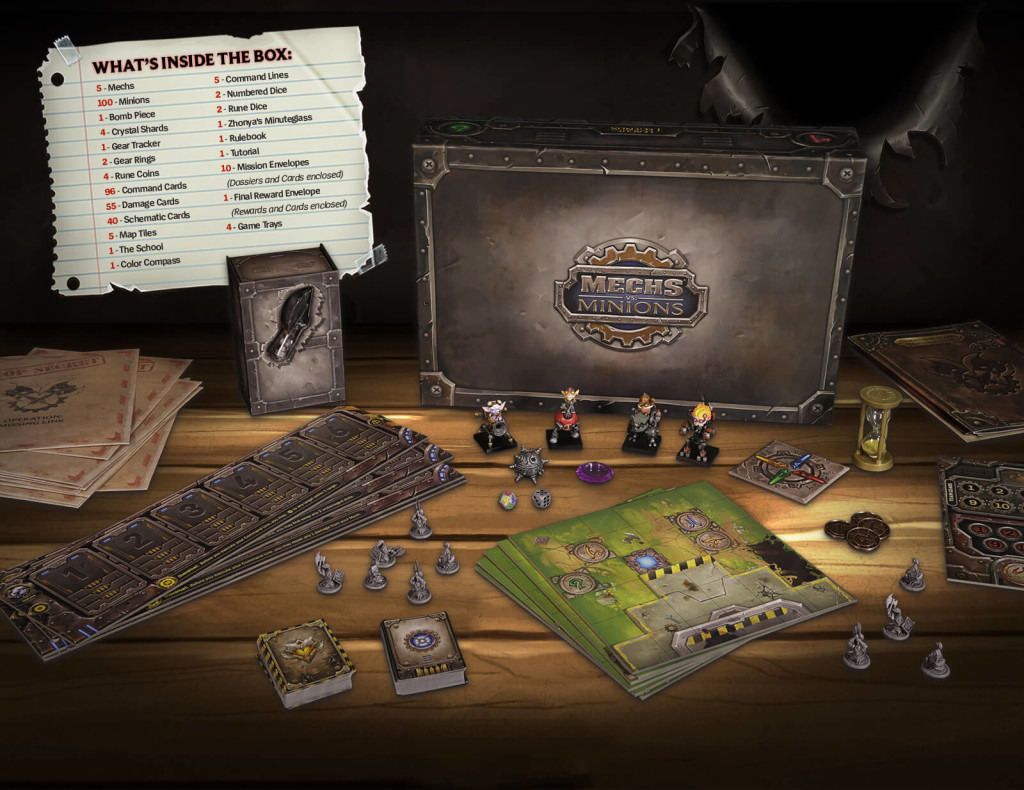 For a sneak peek into the mechanics of the game, check out the official video HERE or you can watch us walk you through the first set up in How to Play.

More information can be found at http://mechsvsminions.com. MvM will be available for purchase on October 13th, 2016 @ 11 AM PST on the Riot Merch store.

Can LoL make the jump to tabletop? How long to you think before the game sells out on 10/13? Let us know in the comments below!