Rick Moranis is one of our all-time favorite performers, but it’s been a long time since we’ve had a chance to see him onscreen. He left Hollywood in 1997 to raise his kids after his wife passed away, only doing occasional voiceover work since then, including voicing Spaceballs’ Dark Helmet on an episode of The Goldbergs. However, he’s almost never been on camera for two decades. That’s why we can’t wait for Disney’s Honey, I Shrunk the Kids reboot Shrunk, in which Moranis will once again play scientist Wayne Salinski. But in one of the few good surprises of 2020, we don’t have to wait that long to see him. He joined Disney+’s new series Prop Culture to talk about his time working on the movie.

Prop Culture is a new original series from Disney+ hosted by film historian and prop collector Dan Lanigan. In the show’s fifth episode, Lanigan explores the items, puppets, and props from Honey, I Shrunk the Kids. He spoke to the original film’s director, Joe Johnston, who will return for Shrunk, which will star Josh Gad opposite Moranis. Lanigan also interviewed the film’s prop, miniature, and stop-motion masters, and three of the movie’s child stars: Thomas Wilson Brown, Jared Rushton, and Amy O’Neill (who got to see the remains of “Antie”).

But the highlight for movie buffs everywhere (which we were first made aware of by EW) was the surprise interview with Rick Moranis, featuring Wayne Silinski’s glasses and broken “state of the art” calculator watch. “I didn’t break the watch,” Moranis insisted on the episode. “When I gave the prop guy back the watch it was perfectly fine. So I don’t want a bill for this watch.”

He said he likely has another pair of Wayne’s glasses at home. The only thing he tended to save from his movies were his character’s glasses because they were prescription. “I pretty much have a pair of glasses from every film that I did.” 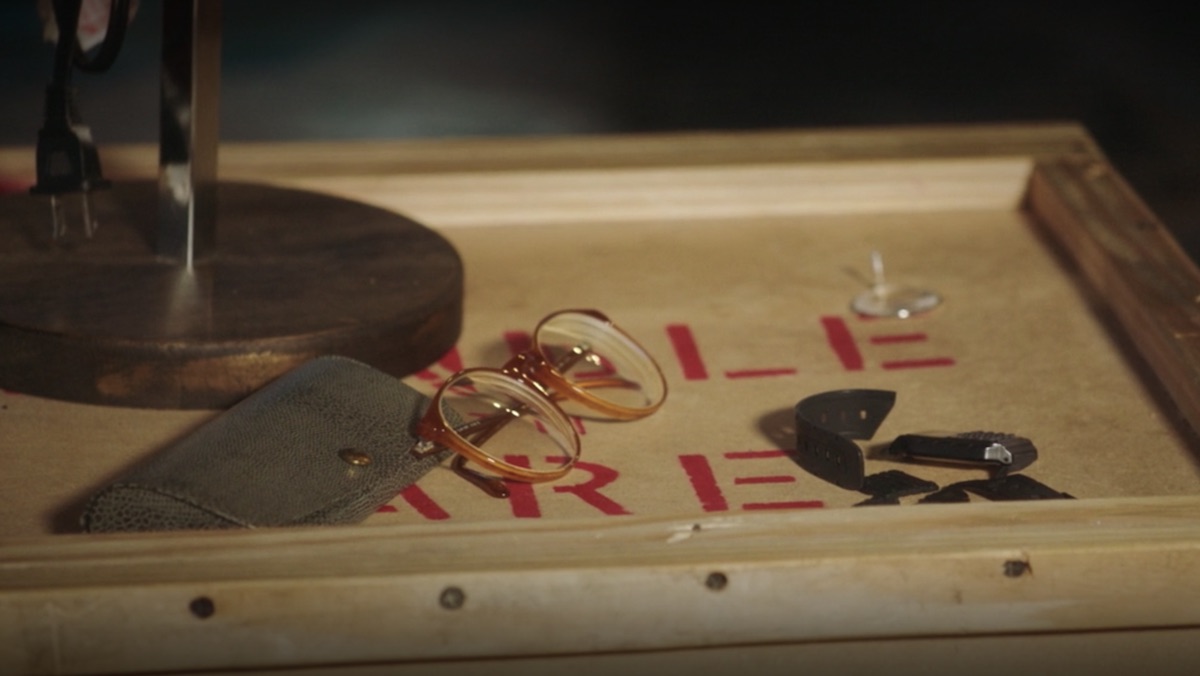 Reminiscing on Honey, I Shrunk the Kids, Moranis admitted, “I think I drove him crazy a couple of times trying to get more comedy into it,” Moranis says about how he approached the 1989 film. “Because I was always looking for how to disrupt and get some more jokes in.” On the other hand, we’re always looking for how to get more Rick Moranis in anything and everything. And lately our efforts are not coming up small.

You can watch the rest of Rick’s interview on Disney+.