9 Squanchy Gifts for RICK AND MORTY Fans This Holiday Season

by Michael Walsh
Morty! Morty! Heeeeeyyyyy Morty! It’s the holiday season! I turned myselfÂ  into another Rick and Morty gift guide!We might not have figured out interdimensional travel, but we did do something to ease your holiday travels this year. No matter your budget, or whether you need something for the Beth or the Jerry in your life, we rounded up some of the best Rick and Morty merchandise, presents any fan of the show would be happy to see portal their way under the tree this year. 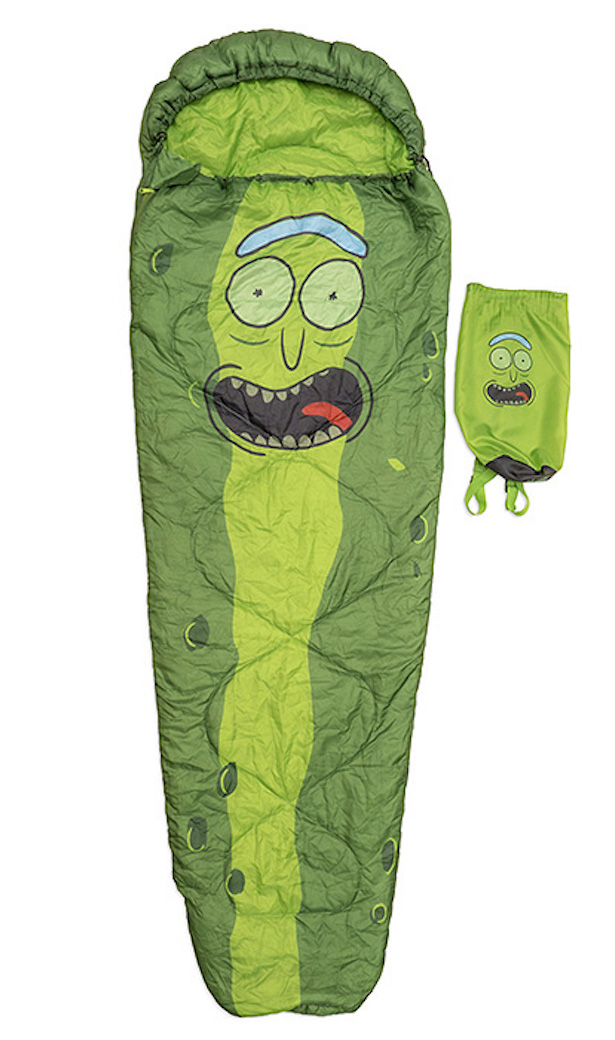 The most infamous version of our favorite genius has produced some amazing merchandise, including the easiest way we can think of to turn ourselves into Pickle Rick:Â  ThinkGeek’s officially-licensed sleeping bag. This machine-washable, lightweight, 86-inch x 29-inch “mummy-style sleeping bag” comes with a double-zipper closure, and is not only designed for two seasons, it also doubles as a costume. And while it might ring up for $39.99, you can’t really put a price on waking up your fellow campers by screaming, “I’m Pickle Rick!”

If you want to experience what it’s like to actually live in the world of the show, the Virtual Rick-ality Game lets you play as a clone Morty. Available on Steam, and compatible with both the Oculus Rift and HTC Vive, it was the winner of the 2018 “VR Game of the Year” at the SXSW Gaming Awards. It’s also the closest you can get to Rick and Morty without ending up in literal danger. You can find it wherever games are sold, including at Amazon for as little as $19.93. 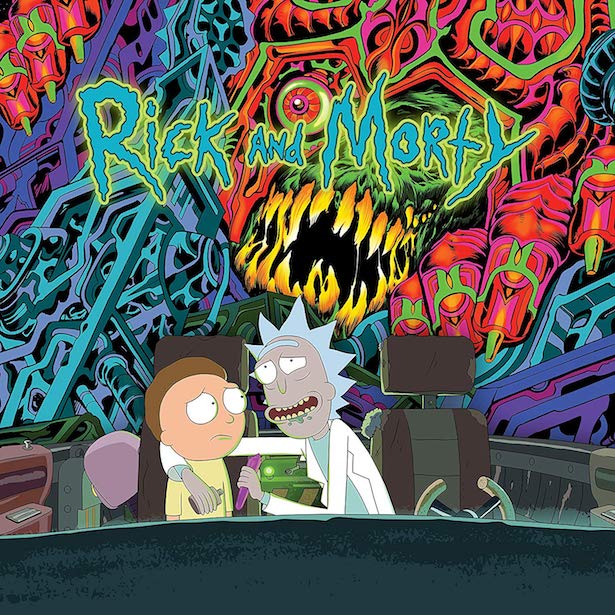 Adult Swim and Sub Pop teamed up for a Rick and MortyÂ  soundtrack featuring 24 songs from the show in September. It includes tracks from the show’s composer Ryan Elder, as well as numbers from Chaos Chaos, Blonde Redhead, Mazzy Star, and Belly. It also comes in a number of formats for any budget: Digital ($14.99), CD ($15.99) , or Standard LP ($26.99). On November 23, they will also release a Deluxe Box Set ($84.99) that “will include the standard LP pressed on an exclusive colored vinyl housed in a box with an etched plexiglass window with LED lights,” a custom poster, a patch, a sticker, and “a bonus 7â€ single (featuring an extended mix of the screaming sun from the second season finale.”Â  They will also release an old-school cassette tape ($7.99). They must still use cassettes in some of the infinite universes. 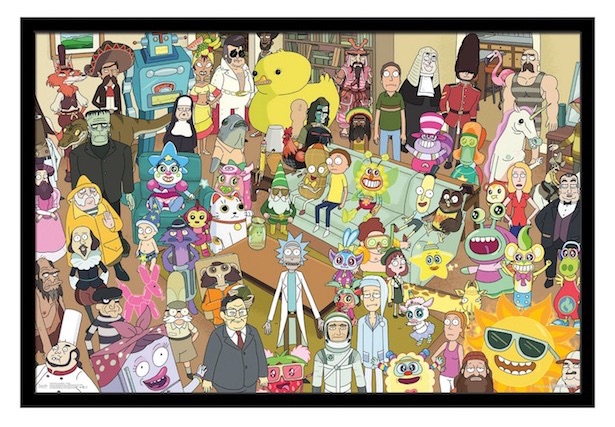 You can find lots of great wall art and posters from the show, but we want as much Rick and Morty as we can get. That’s why we love Trends International’s 22-inch x 34-inch poster from one the series best episodes, “Total Rickall.” It comes jam-packed with parasitic fun and lots of great memories. Available from Hayneedle for $49.99, you can also get it unframed for just $8.05.

The World According to Rick Book 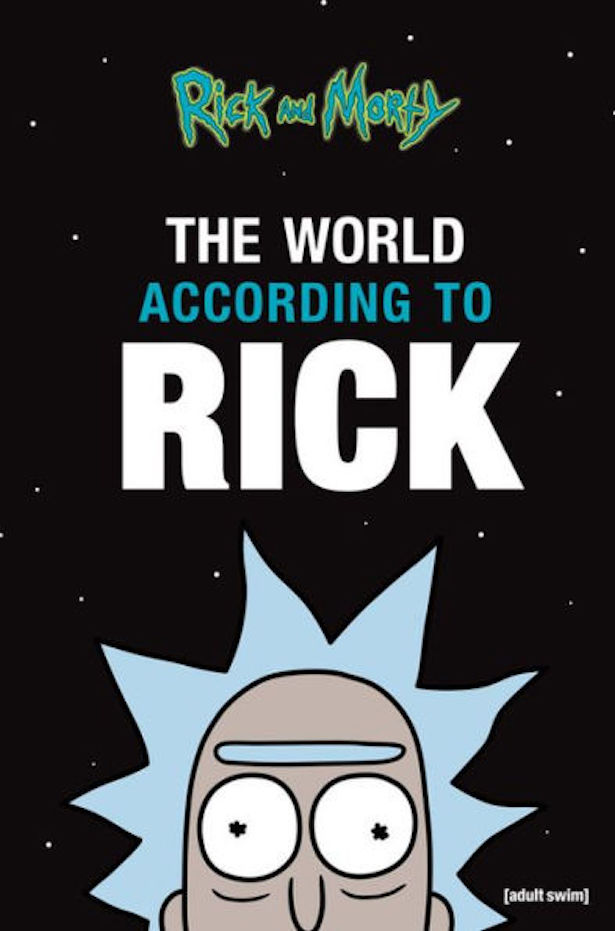 Full of Rick’s “most famous (and not so famous) sayings, monologues, and quotes, complete with a personal introduction by the mad man himself,” this fully-illustrated hardcover book featuring images from the show will let you have all of Rick’s “wit, wisdom, observations, rants, raves, and general ramblings” on your coffee table whenever you need them. We can’t all be the smartest person in the infinite universes, but we can at least quote him for $18 at Barnes and Noble. 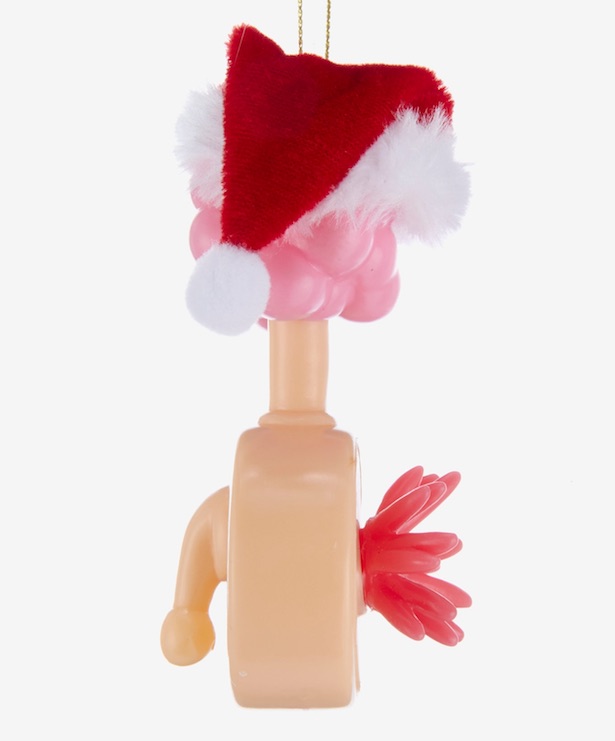 What better way to combine the holiday season and the weirdness of Rick and Morty than a Christmas-decorated Plumbus ornament. Adorned with a Santa hat, this plastic 3.5-inch tall ornament won’t break if it falls off your tree, and it won’t break your budget. You can get one from Hot Topic for $10. 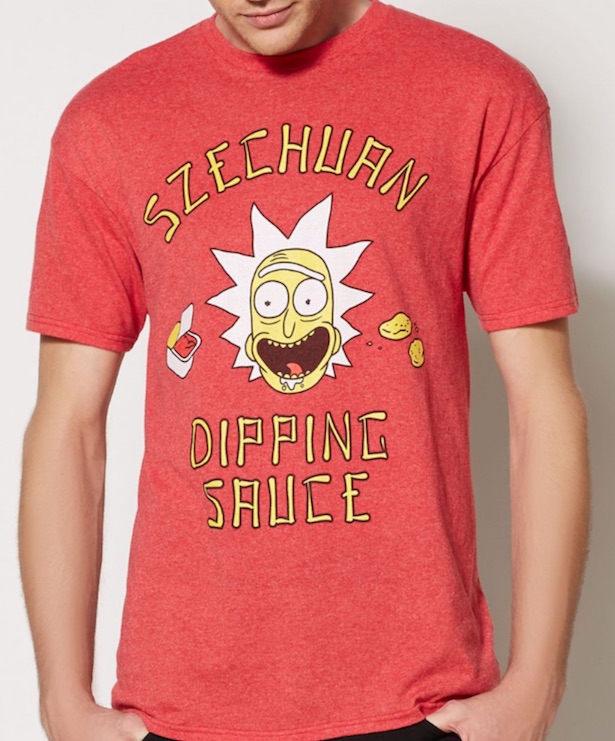 Who could have guessed Rick and Morty‘s season three premiere would lead to a PR disaster for McDonald’s, but that’s exactly what happened when the fast food giant first brought back their Szechuan dipping sauce. We never want to relive that stupid day, but we still want to remember one of the show’s most random, funniest gags. Rather than eat our memories, we’ll wear them with this t-shirt from Spencer’s ($19.98) featuring Rick and his favorite condiment. 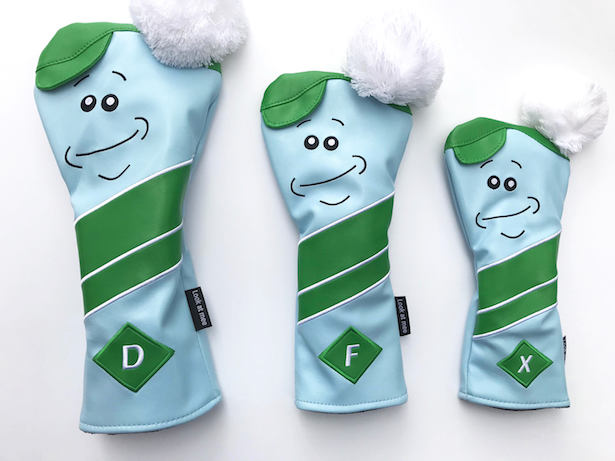 After going into a murderous rage after trying to help Jerry take two shots off his golf game, this set of Meeseeks club covers is one of the best items inspired by the show we’ve ever seen. Handmade to order with vinyl and faux leather, they’re designed for your bag’s driver, fairway wood, and hybrid clubs. You can order yours from the Etsy shop StrayHeadcovers for $70. 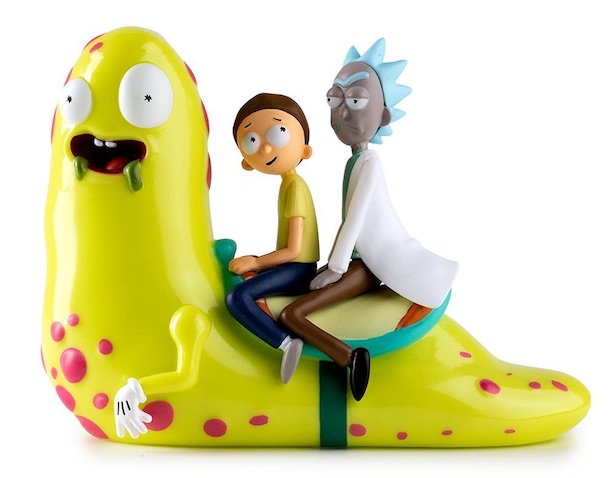 If you’re looking for a collectible that can transport you to the strange world of Rick and Morty, Kidrobot’s new seven-inch vinyl Slippery Stair Medium Art Figure will bring you to the Thirsty Step. Seen during season one’s “Meeseeks and Destroy,” it’s a great reminder that adventure can be found in even the unlikeliest of places, even your desk at work or your shelf at home. You can order yours from Kidrobot for $49.99.But don’t trust just anybody if they ask to see it. You never know what secrets some people–or jelly beans–are hiding.

That’s why we never put jelly beans on our Christmas wish list.What are some great Rick and Morty gifts you’ve come across? Help out your fellow fans by sharing the best items you’ve seen in our comments below.