Retro is Back with 3 New Old-School Video Game Systems

Growing up in the 80’s, I’ve seen gaming platforms evolve into the modern blockbusters that blow you away with their graphics, soundtracks, and innovation, but there is something to be said for the nostalgia that the old 8 bit games of systems past effuse. This year has seen a celebration of these retro systems as many of them have returned with sleeker physical designs, but containing many of the classic games that made these systems popular in their time. Games like Pong, Boulder Dash, and Advanced Dungeons & Dragons: Cloudy Mountain might not have the complexity or visual presence of modern video games, but these are the titles that helped build the industry and fostered our generations love for electronic gaming.

So which systems are this year’s blast from the past? Let’s take a look: 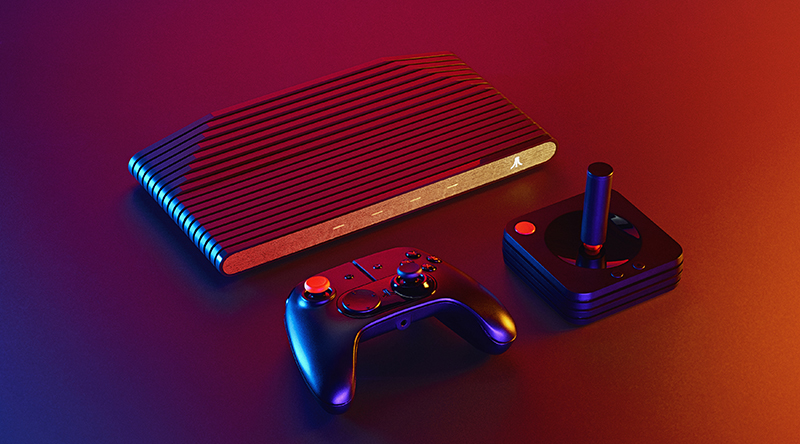 The very first system I ever owned was an Atari 2600. I remember sitting on the floor of my parents’ bedroom, entirely too close to the TV, and playing Kaboom. Playing video games was a new and exciting activity and I was hooked.

With its wood paneling that looked like it was inspired by a station wagon and cartridges that reminded me of 8-tracks, the system was slathered in 70’s style. The Atari 2600 played many famous titles like Space Invaders and Pac-Man as well as E.T. the Extra-Terrestrial, Dig Dug, and Adventure.

Atari recently funded a new version of the console via Indiegogo called the Atari VCS. The system comes with over 100 classic games, but now the system can connect to the internet and allows for online multiplayer gaming. They will also be releasing new games for the system which you will be able to download such as Tempest 4000, a tube shooter based on the classic hit arcade Tempest. The Atari VCS honors its predecessor’s style by incorporating the wood panel and iconic joystick, but shows its modernization with a sleek design and contemporary controller. Preorders for the system are open now, but the Atari VCS won’t be shipping out to fans until July of 2019. Learn more at atarivcs.com 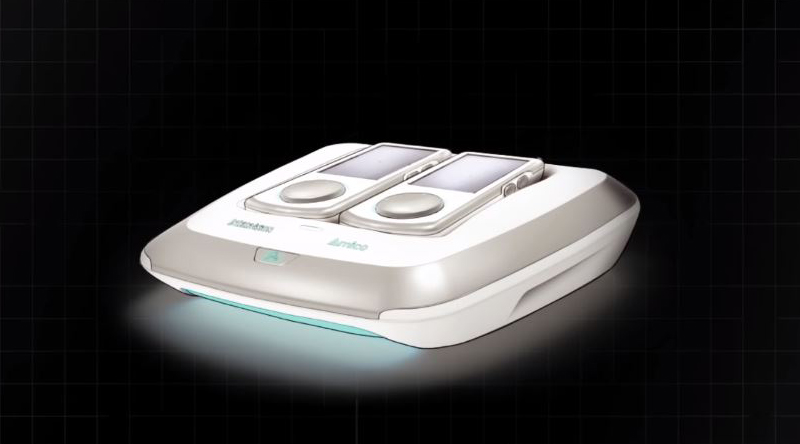 I never owned an Intellivision, but I’ve played enough of its games to have my interest piqued by the new system.  It’s been almost 40 years since the original Intellivision home video game system released and at the time was one of the first 16-bit consoles. Its ability to pause games and innovative directional pad (D-Pad) gave the Intellivision an edge over many of its competitors.

The new Intellivision Amico will launch with several pre-loaded and reimagined titles and you’ll be able to download many more like Shark! Shark!, Baseball, Night Stalker, Tron Deadly Discs, and Cloudy Mountain: Crown of Kings. The company has made it a point to focus on family-friendly games so all games will be rated “E for Everyone” or “E10+” and they want to keep their titles affordable which means that all games will between US $2.99 – $7.99 and will not have DLC (Downloadable Content), add-on’s, or “In-App Purchases”.

“Most every game being made for the home consoles these days is created with only the hardcore gamer in mind. We see a world where everyone is interested in playing at home and with friends, but this isn’t currently possible because the barrier to entry is nearly impossible for a non-gamer due to the complexity of the controllers, intricacy of gameplay, expense of the hardware and software and steep learning curve with an unbalanced fun factor for the beginner. Our goal was to create a console that both gamers and non-gamers are able to have fun with and play together. The Intellivision Amico is our answer to this gaping hole we see within the current video game industry.”

The expected release date for the Intellivision Amico is Oct. 10, 2020. You can learn more about at intellivisionentertainment.com 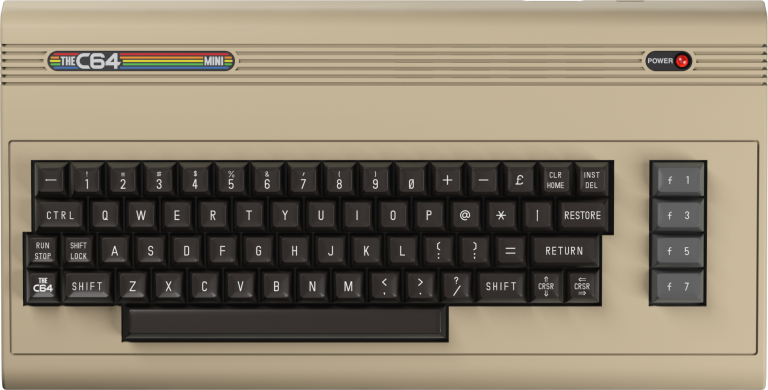 My first computer was a Commodore 64. Though it just looked like a chunky plastic slab of a keyboard, the system packed a punch. It used 16-bit graphics and since I had never had an Intellivision, this blew my little kid mind. Even a simple game of chess was more exciting when you played the C64 version Battlechess; where the characters came to life to shuffle across the board and bashed each other with swords (I had never played chess before and was deeply disappointed the first time I played the tabletop version and there was no sword bashing).

The new Commodore 64 Mini is similar in idea to the Nintendo Classic. Instead of revamping the system to be something new, the C64 mini is more of an emulator. It contains a large library of C64 games like Impossible Mission II, Boulder Dash, Jumpman, Pitstop II, and Speedball II: Brutal Deluxe, but it also supports software updates via USB flash drive. This has the potential for programming your own games for the system if you know Basic.

If the C64 Mini scratches the nostalgia itch for you, then good news! The Commodore 64 Mini just released this month so head on over to your local electronics store to pick one up. You can learn more about the system at thec64.com.

That’s it for this trip down memory lane, but there are a ton of consoles that haven’t been remade. Which systems would you like to see modernized? Which classic games were your favorites? Let us know in the comments below and be sure to tune into Game Engine on Twitch and Alpha for more video game goodness every Tuesday starting at 4PM PT.