I haven’t played it yet, so I have no idea how Resident Evil Village compares to prior games in the franchise. Does it have a better story? Don’t know. Is it more challenging? Couldn’t tell you. Is it the scariest installment yet? Ask someone else. But despite all that, I give it a perfect 10 out of 10. Because the one thing I know is that it features the big lady in the hat, Lady Dimitrescu. She makes every game the best. She always would have too, no matter the era or console. I know because one fan has transformed Resident Evil Village into a PlayStation-style game. And even with vastly inferior graphics, I would buy it right now if it really existed.

This video is the latest throwback from the YouTube channel Hoolopee. It’s a journey to when the PS1 led the way in video game graphics. Back then the console was a real game changer for the industry. Gaming had entered a new, better phase. But watching this remake now is like watching an old silent film after stepping out a 3D-movie in an IMAX theater. The differences between mid-’90s video games and current ones is even starker than we would have guessed.

But the dated quality of this version quickly washes away when everyone’s favorite nine-foot-tall demon enters. Despite being heavily pixelated and less focused compared to her 2021 version, she still maintains her imposing stature. She’s mesmerizing, even though we know she wants nothing more than to kill us. Even in 1996 she would have been a fan-favorite. Though without social media she might not have become the phenomenon she is right now. 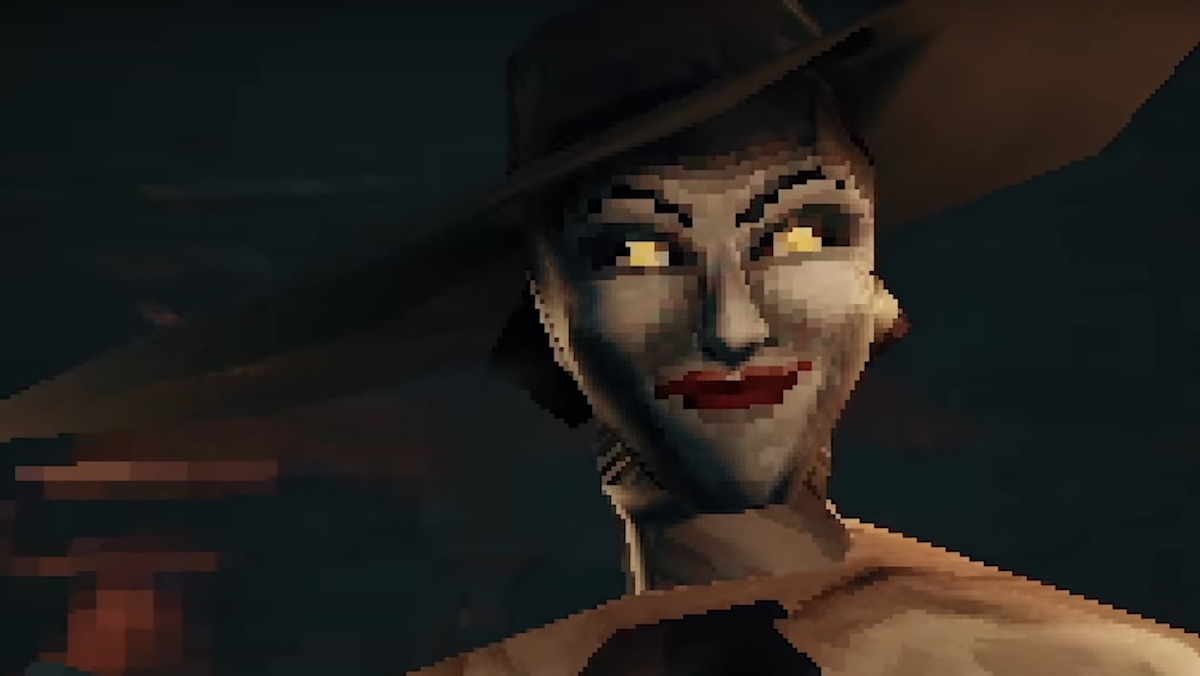 I don’t want to go back to original PlayStation graphics. Modern games look amazing. But the true worth of any Resident Evil installment has always been the quality of the experience. How a game looks is only a part of that.

But now making sure Lady Dimitrescu is in the game is a big part of making that experience perfect.