Quibi will hit the ground running when it launches on April 6. Or rather, it will hit the ground sprinting, since the streaming service will offer “quick bites” of entertainment. That will include 50 original shows when the site debuts. However, we might be most excited for the reboot of a program that will debut later this year. Quibi is bringing back our favorite inept cops, the sheriffs of Reno 911!. The original cast is returning for all new episodes of the cult favorite. And the first sneak peek at the show reveals they haven’t lost a step. Which in their case means they haven’t gained any, because they’re still the least professional police officers on the job.

In this clip Thomas Lennon returns as Lieutenant Jim Dangle. He’s in his old spot as the head of the Reno Sheriff’s Department, leading the group’s morning briefing. And in classic Reno 911! fashion they’re discussing a very important matter: whether the squirrels in the ceiling are singing or not. That leads to the same place it always leads—yelling. And also a whole lot of comedy.

This clip also features the rest of the returning cast. Ben Garant and Kerri Kenney-Silver, who along with Lennon created the show, are back as Deputies Travis Junior and Trudy Wiegel. They’re joined by Cedric Yarbrough, Niecy Nash, Wendi McLendon-Covey, Carlos Alazraqui, and Mary Birdsong. Ian Roberts and Joe Lo Truglio will also join the revival. 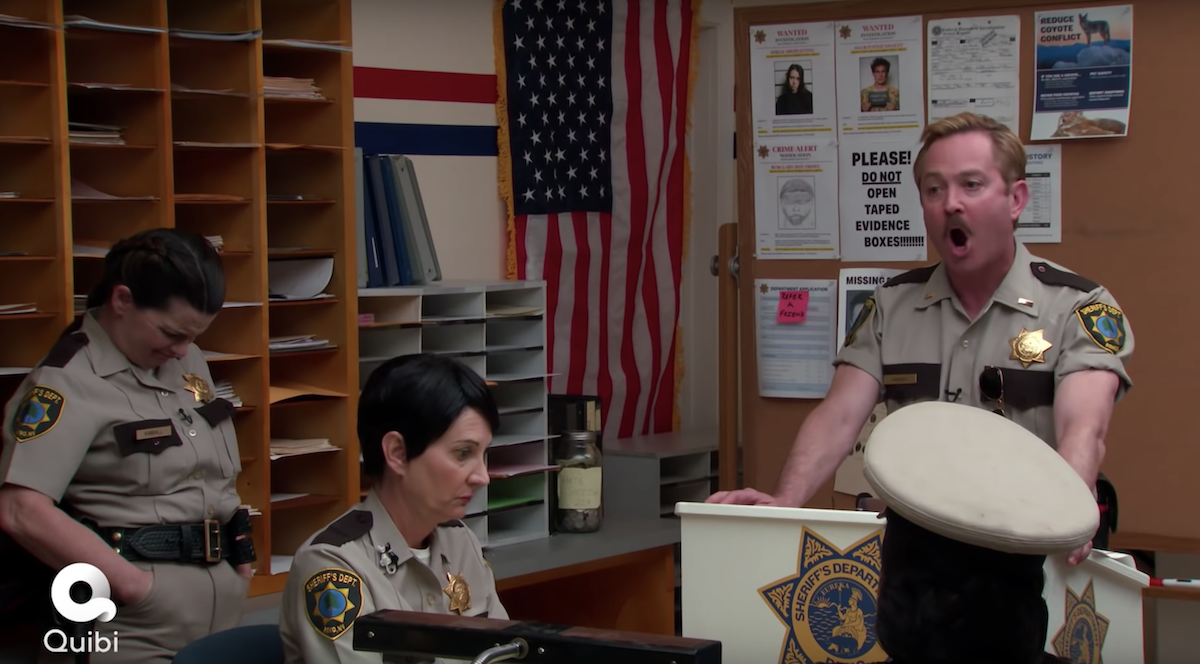 Quibi should be a perfect home for Reno 911! when it premieres “soon.” The site will specialize in short-form content, “episodes 10 minutes or less.” So while we won’t get full 22-minute episodes anymore, the show’s vignette format should easily translate to short installments. The only question we had was whether or not it would still be as good as it was when it originally aired on Comedy Central for six seasons from 2003 to 2009. After this clip it looks like we can close the file on that mystery.