Remastered THE LEGEND OF ZELDA: LINK'S AWAKENING Heads to Switch This Year - Nerdist

Remastered THE LEGEND OF ZELDA: LINK’S AWAKENING Heads to Switch This Year

Even if you’re one of the most dedicated The Legend of Zelda players, chances are you’ve been missing out on a game or two in the legendary franchise. If so, Nintendo is coming to your rescue like a Hero of Time!  The Legend of Zelda: Link’s Awakening came out for Game Boy in 1993 and was the first Zelda released on a portable game system. Now, over 25 years later, a remastered version of the unique game is coming to the Nintendo Switch, the most popular and well-crafted Nintendo portable system to date.

Link’s Awakening is notable for other reasons as well. Princess Zelda and Ganon are missing from this installment, which takes place on the island of Koholint rather than the kingdom of Hyrule. This mysterious island is populated with some familiar faces from Super Mario, believe it or not, like the Chain Chomp and other surprising cameos.

Link washes ashore on the island after a storm interrupts his journey to Hyrule. As much as he wants to leave the island and return to the princess, he can’t do so until he completes certain tasks. (Because Zelda.) Helping him on his journey is an enigmatic owl who guides him in his quest. 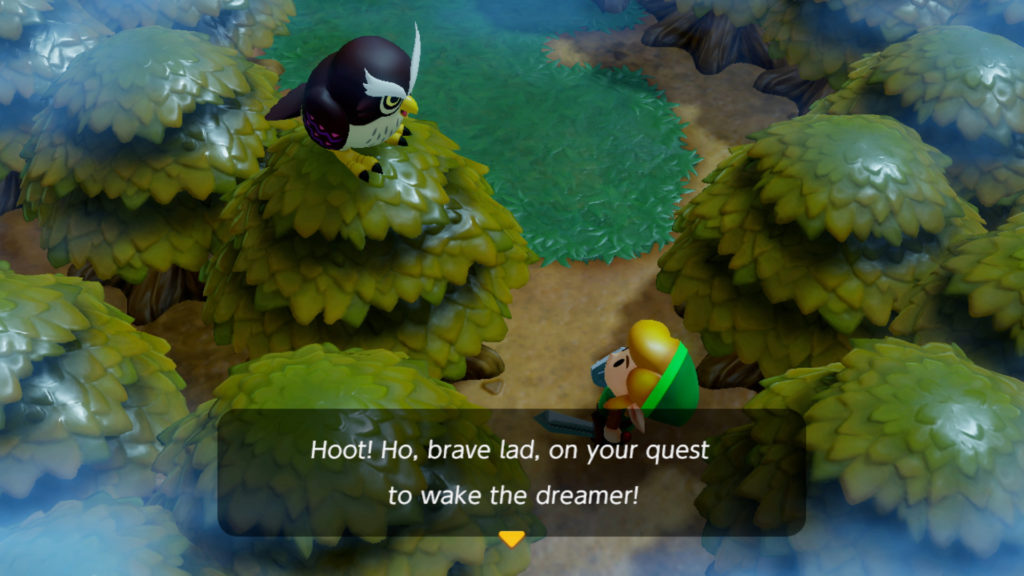 Originally black and white, and later colorized for the Game Boy Color, Link’s Awakening for the Nintendo Switch has been beautifully remastered in an adorable style that will set the game apart even more from the rest. Link has never looked so cute–sorry, Wind Waker–and the colors and island itself are simply stunning.

IGN shared a comparative look at the game’s announcement from yesterday’s Nintendo Direct with the original opening of Link’s Awakening DX, and the result is jaw-dropping!

The Legend of Zelda: Link’s Awakening is planned for a 2019 release on the Nintendo Switch.