If you’re thinking about avoiding the crowds this Valentine’s Day, you might be inclined to spend a romantic evening indoors, lounging in front of your fireplace, playing a game with that magical someone in your life. If that’s your plan, take a minute to peruse this list of games that you should avoid playing with your partner under all circumstances. That is, of course, unless you want your relationship to fall apart. 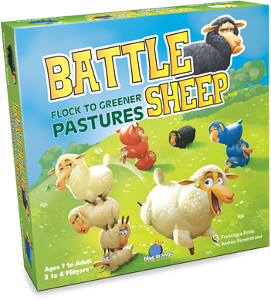 Battle Sheep has players first taking turns laying out tiles to make up the board. When the board is laid out, each player then takes turns spreading their sheep tokens across the board in straight lines, trying to accumulate as much territory as possible. The game looks like it would be a light-hearted, kid-friendly introduction to strategy gaming, and the first couple of times you play it, it will be.

However, if you are an experienced strategy gamer, you will quickly discover ways to crush your opponent even during tile placement, before the game officially begins. Keep going down that path and you’ll also find that there is no better way to ruin a relationship than to make your partner feel complete and utter hopelessness.

If you still want to try the two player game of Battle Sheep, show a little restraint. You don’t have to throw the game, but you shouldn’t annihilate your partner either. 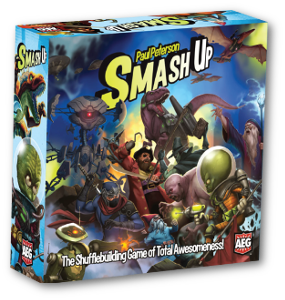 In Smash Up you mix together decks of minions and powers from two popular tropes such as Aliens, Robots, Dinosaurs, and so on. Then, you take turns playing cards from your deck to mess with your opponents and take control of locations. It’s a great game, but with only two players, there are certain combos that are way more powerful than others. For example, Zombies and Aliens make sure you always have minions to play, and without another person to team up with, your partner will be overrun by minions.

If you want to keep your relationship to last, play Smash Up with three or more players. At the very least, ban combos such as Zombies and Aliens, Zombies and Tricksters, Zombies and… well, maybe it’s best to leave out Zombies in a two-player game. They can get really annoying when paired with almost anything.

Every Spelling Game Ever 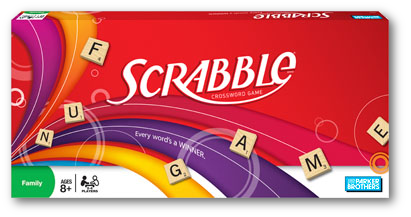 If you or your partner are terrible spellers, avoid going head-to-head in any game that requires spelling at all cost! Whoever is better at spelling will have a huge advantage at these games. And if you’re both bad at spelling, the game will drag on so long that you’ll start questioning your ability to make decisions as a couple. Unless you are both excellent spellers, just throw away any games like Scrabble, Bananagrams, and Disorder.

What’s missing? Do you have any stories of games gone so bad that they permanently tarnished a relationship? Let’s hear them!