by Todd Gilchrist
“Immersive” and “cinematic” are terms used with increasing frequency to describe all kinds of video games, but even casual fans of the medium know that Red Dead Redemption, and especially its blockbuster sequel, mark a series of landmark achievements in interactivity. Gamers don’t merely compete or perform missions; they actually live within their expansive landscapes, dwelling on the minutiae of frontier life for hours or days at a time. Meanwhile, Woody Jackson’s music, with influences ranging from Ennio Morricone’s A Fistful of Dollars to Miles Davis’ Sketches of Spain, provides an eclectic, theatrical backdrop that enhances the emotional substance of every player’s experience.

On Saturday night, February 23, at the Red Bull Music Festival in Los Angeles, Jackson translated his work from screen to stage in two live performances, giving game and music fans alike the opportunity to experience Red Dead Redemption 2 in a way unlike they’d heard, seen, or felt before. Drawing from the almost 200 missions that he scored for the sequel, the guitarist and composer brought together more than 30 musicians to recalibrate and reimagine his own music in a completely new way. From giallo to music concrete, Morricone to Masaru Sato, the composer’s broad and diverse influences flowed seamlessly through the cues that comprised the hourlong set, while projected screens enveloped the audience and echoed the game’s dusty, haunting, dangerous landscapes.

Many of the performers appearing on stage had previously worked with Jackson in the studio, sometimes individually, to expand or even transform the short musical vignettes that he created for the game. Their piecemeal collaborations became full-bodied symphonies on stage, occasionally driven by a single instrument or vocal through-line, but always sweeping listeners into moody, deeply evocative spaces. From Petra Haden’s smoky, ethereal moaning to Indonesian singer Rully Shabara’s guttural, provocative chants, Jackson created the undeniable feeling of being in the game, while offering a unique live musical experience.

Nerdist spoke with Jackson as well as Rockstar Games Music Supervisor Ivan Pavlovich about the process of conceiving a successful score for this tremendously popular game and the challenges of adapting it into a live concert. They both discussed the differences between traditional narrative film scores and those for games. Jackson talked about the technical elements of creating game music not just for “cut scenes,” but compositions that may range in duration and momentum based on a player’s ability. Pavlovich revealed their upcoming plans for an official soundtrack and reflected upon how this concert experience may have influenced and inspired what materials end up on that release. 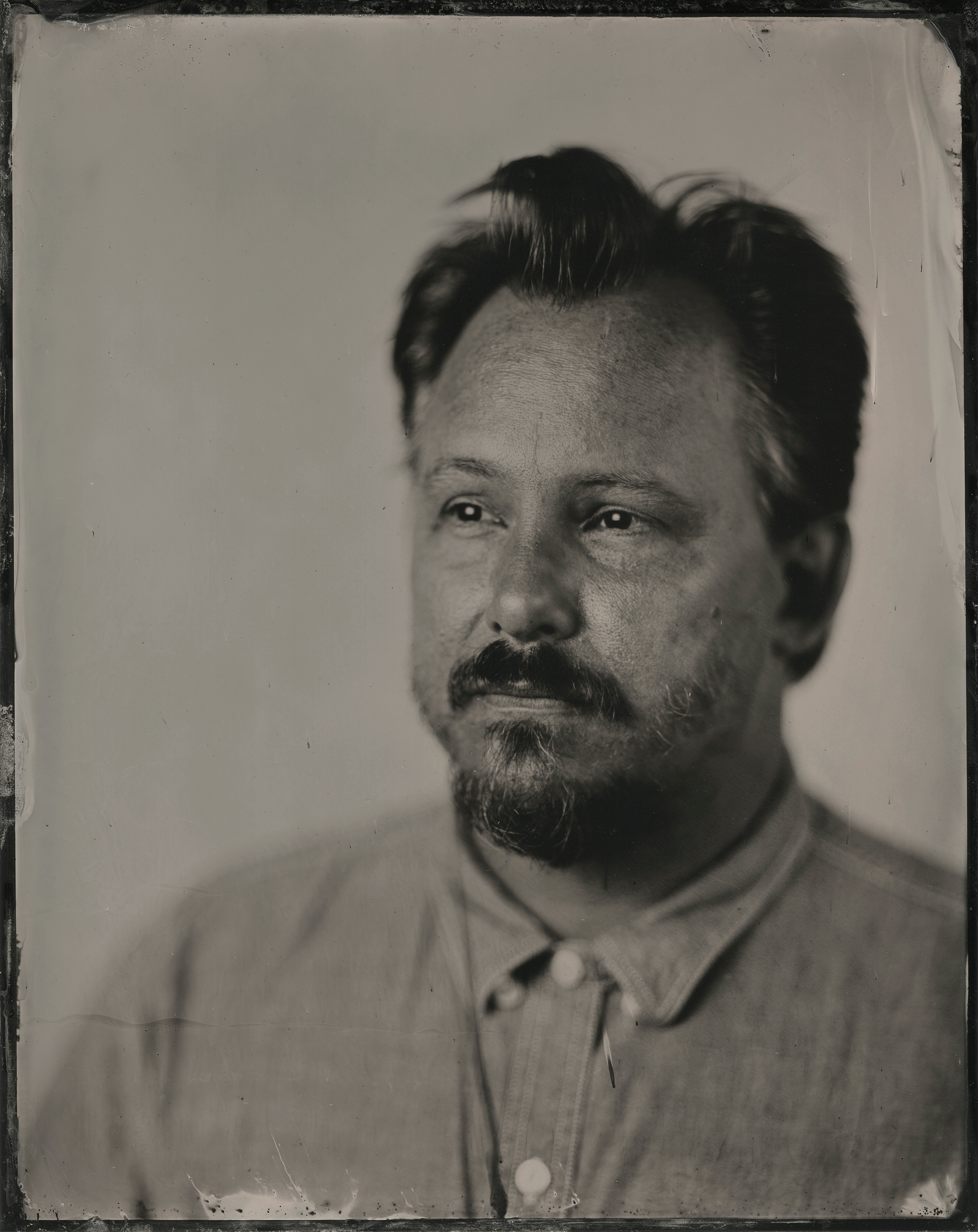 Nerdist: How is composing for games is similar to and different from more traditional narrative forms.

Woody Jackson: It’s similar in that it includes traditional composing where there’s cut scenes, which is like a miniature movie–those scenes have a beginning and an end and the music always comes in at the same place. Where it gets gray is when you start to be in control of the game, where all of the interactive stuff comes in and where the composing for that is completely different. It’s still music, but it’s has to be thought about a little differently. To start at the lowest thing, which is one of my favorites, is the ambient music, when you’re walking around in an open world. My job for that is to make it not distracting. You’re trying to write more atmospherically, so it falls in with the sound design of the game.

So writing that is different because I work on about five to seven minute loops, but they contain a lot of empty space. I will play a two or three or four note motif or idea and let that ring out, and then I have musicians play the response to my call. And when I get their performance, I have actually two things to draw from. But you have to be constantly aware of the sound design and the foley. But the technology has gotten so great that I don’t have to be locked into a certain bpm or anything, within even the mission. There’s probably about 190 missions in the game, so I can change the keys for each mission and the tempos so when the action part happens, you build it up. But if a TV season or series has eight episodes, a mission is more like an episode, because it’s all telling this arc of a story, but then the story keeps going. You have the same theme, but people end up developing their own themes and you can develop others within it. 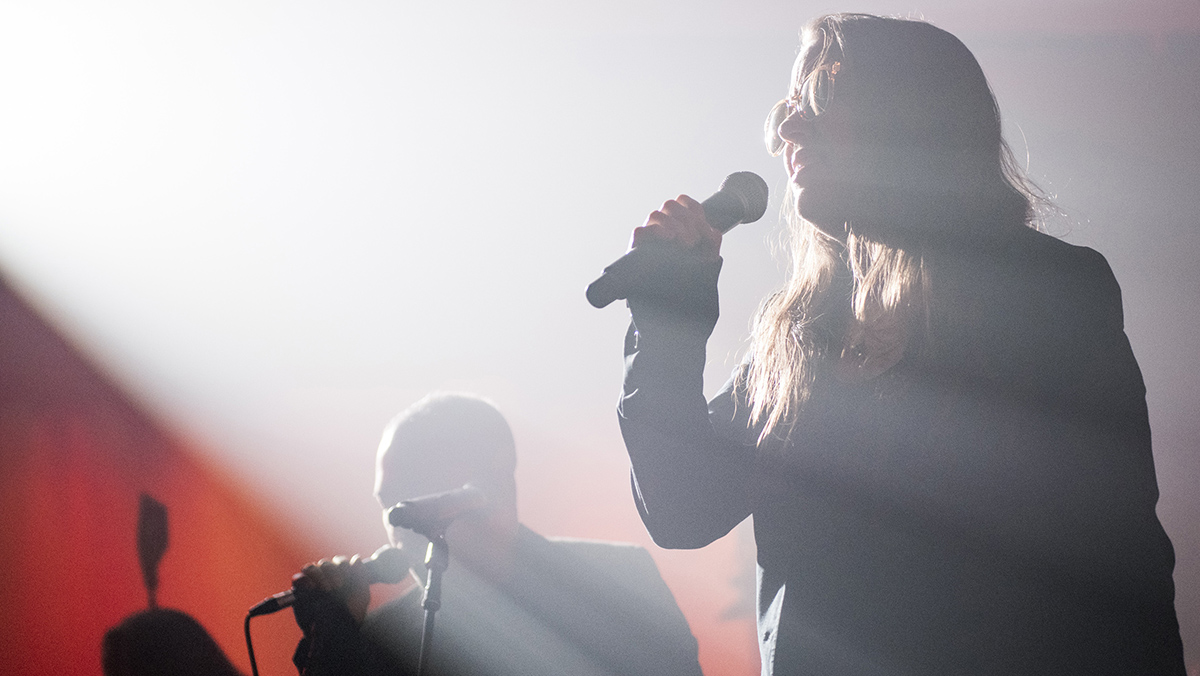 The music evokes the work of composers like Ennio Morricone and Luis Bacalov, but what is the best way to do that without outright sampling or borrowing some of those iconic spaghetti western themes?

Jackson: I’ve been a huge western fan since I was 10 when my dad and I watched The Good, The Bad and The Ugly, and that music really just stayed with me. But with this one, I went deeper than that. Music up until A Fistful of Dollars catered to the time period of the film being made, and Morricone’s music was such a departure, even though now today everyone thinks that’s Western. But it’s psychedelic guitars, tons of noises, sounds of the time period of what was popular in music. So when Tarantino puts a Bowie song in [Inglourious Basterds] and it’s really profound. Morricone did that then, took modern culture and put it into the film. But [so did] Masaru Sato, who is Akira Kurosawa’s composer, and A Fistful of Dollars is a direct adaptation of Yojimbo. And no disrespect to the Maestro Morricone, but Yojimbo actually is the first film that uses modern music in that way. It’s mixing feudal Japan music with the rhythms I’m so into. So it felt like carte blanche to take the music wherever you wanted to.

What was the process of working with Ivan and Rockstar to condense that material and translate it to a live setting?

Jackson: Ivan and I are really close to having the record finished, so that really helped us decide, hey, we’re going to do these songs live because I’ve mixed them. But we’re trying to arc it to where everyone’s happy. Since our two days of rehearsal, everyone’s almost playing on everything. It’s like 30 people, definitely a big band, so it’s been a really big party. The fun part is that if I didn’t like something, I could change it.

Ivan, with 190 missions to choose from, how do you choose what to showcase?

Ivan Pavlovich: The score for a game is so specific. If you have two minutes and 20 seconds in a movie for a piece of score, that’s exactly what it’s going to sound like on the soundtrack album. Because the programming of a gaming score is actually arranging the musical elements as you play, you will never hear what you’re hearing in the game on the soundtrack album. It’s a totally different experience. And what’s amazing about the live show is we brought Woody and all these other incredible musicians who contributed to the score in the game, and it’s going to be an absolutely unique version of all the music in the game. It will be the only time you hear this in this way. So Woody’s brought in Colin Stetson, Senyawa from Indonesia, John Theodore on drums, and all of these other musicians. And in rehearsals, they’re just all vibing for the first time ever and coming up with incredibly unique interpretations of what the in-game score is. This is the first time they’re all meeting too. So when Rully Shabara from Senyawa is screaming and shrieking and doing his vocals, people just get excited. They’re like, holy fuck man, this dude does this?

For the live performance, what are you pairing visually with the music? 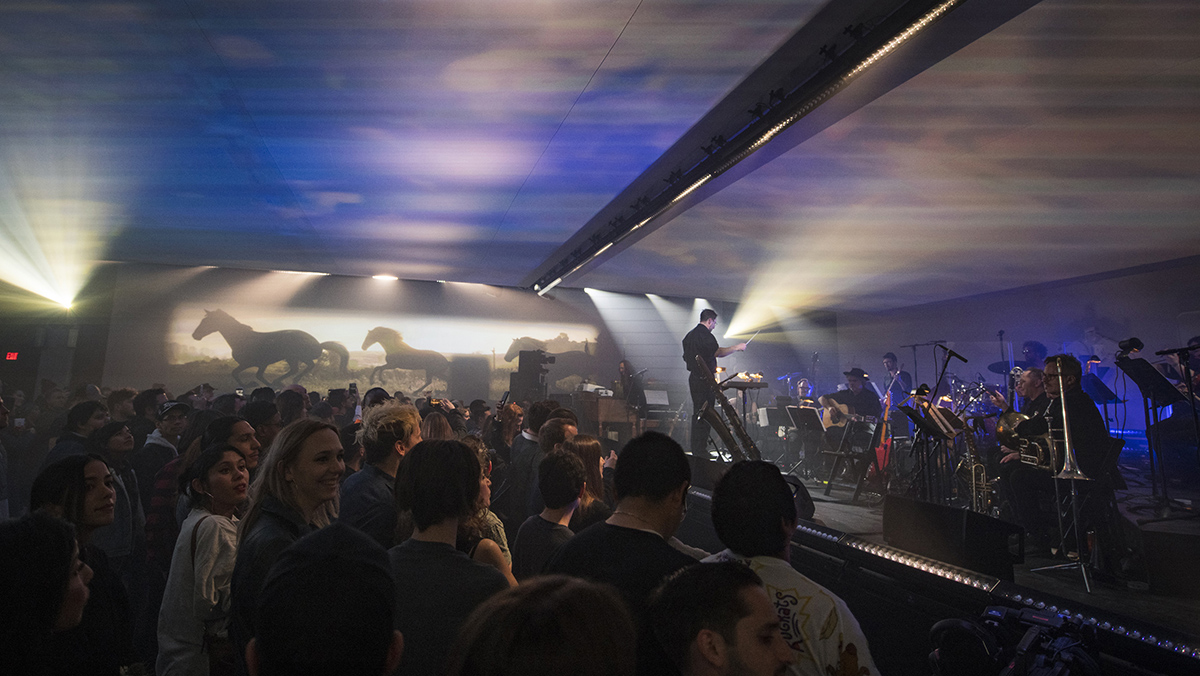 In going through this process, do you rediscover compositions or are you thinking in terms of presenting a piece that you already loved in a slightly different way?

Jackson: That was another reason why the record was taking so long; I wanted it to be on its own in a different medium. There were things you would hear in the game that we have string arrangements for, and other things developed as a song instead of something you’re just riding along to. But when you’re doing a record and you’re going from loop-based formats, even five minutes, you have to go find the essence of where it came from. So it takes a minute sometimes to find out where the original performance is, because I want to have a real ending. And in that process of finding the real ending, you start finding things that never got used, and then that’s the wormhole – “this would be good.” “Oh, I have the whistle for this.” “Maybe this can be used for something else one day.” I could probably spend the next five years just doing that.

What plans do you have to release a soundtrack for the game? Will it be more like what’s in the game or what is performed live?

Pavlovich: Yes, absolutely there will be a release. But the way that we create an interactive score will never be the same way as a [traditional film score]. But this live show is inspiring what we want to do for the soundtrack album and how we want those pieces to live outside of the game.