We’ve gushed about how IDW’s Legend of Korra: Pro-bending Arena‘s Kickstarter is full of exciting updates, including the Amon and Equalists expansion that changes the way the game plays. Today’s update has annouced the inclusion of the Great Unifier herself, Kuvira. She joins the cast of villains from the show, including P’li, Amon (and his chi-blockers) and the antagonistic Wolfbats.

We had a chance to ask the designers, Sen-Foong Lim and Jessey Wright, about the inclusion of villains in the game. Sen put it this way: “As with many stories we love, it’s often a strong villain that adds that extra something to a story.”

No kidding. The face-off of Kuvira and Korra in Book 4 of the series was one of the most emotionally charged fights of the season for so many reasons, and getting to get a taste of that on the tabletop is pretty exciting. Translating a fearsome foe to the game’s terms wasn’t easy, and took a lot of research, as Jessey described. “Just as with pro-bending itself, we watched the episodes that those villains are featured in, and took detailed notes! I also read some fan discussions to figure out what fans identified as their most important characteristics to make sure we built the character around those features.”

The designers really focused on balancing the villains, while still maintaining the feel of how powerful they were depicted in the show. Jessey told us, “The villains are so powerful, they fight a team of benders 1 v 3, and their unique abilities are nothing like what the Pro-benders get access to. Every villain feels overpowered to fight against (and awesome to be in control of).” 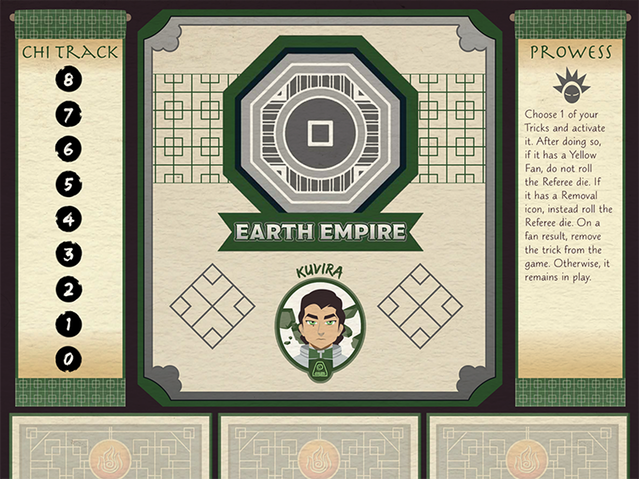 Jessey went on about how those notes they took from fans and the source material were translated to in-game mechanics: “Kuvira’s superior combat skill give her Prowess, which lets her use tricks without losing them. These all feel like ‘rule breakingly good’ (and I don’t mean ‘Pro-bending rules’, I mean the rules of the board game we made! Meta-Rule Breaking!), and that makes it fun to play as the villains (and feel like a real achievement to overcome them).”

There are, however, ways to break the rules in Legend of Korra: Pro-bending Arena, which brings us back to the cheating jerkface Wolfbats. Breaking rules add a push-your-luck mechanic to the game, as you roll a yellow-fan die to see if the referee catches the infraction. 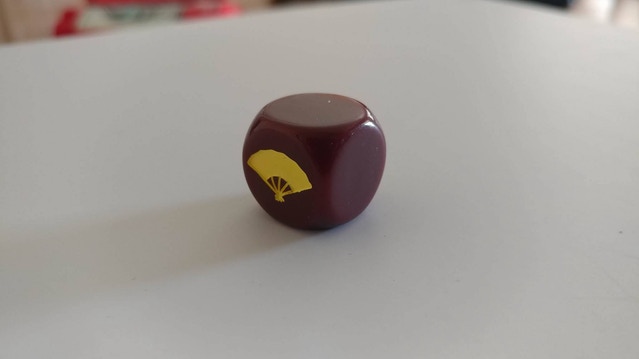 It’s actually an element that is extremely exciting to fans, which Jessey observed: “The backers are really intrigued by and impressed by our Yellow Fan mechanics. These are actions and tricks that represent illegal moves (like the Wolfbats mixing a broken earth disc into a water ball and attacking with it).” When you use one of these powerful moves, the Yellow Fan die is rolled and you may or may not get away with it. 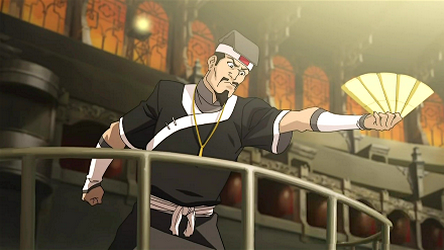 There are so many other ways that IDW has brought the universe of Korra onto the tabletop and we’re really excited that they have.  If you’re a fan of Korra, you’ll definitely want to check out The Legend Of Korra: Pro-bending Arena Kickstarter and follow IDW Games’ Facebook Page for updates.

Image Credits: Nickelodeon/IDW Games
This is a sponsored post.