When tragedy struck the LudiCreations booth while at the Spiel Essen trade fair in Germany, the small game publishing company was shocked. But instead of letting one incident crush their spirit, they rebounded and did what gamers developers do–they made a game!

On October 15, 2016, LudiCreations was enjoying a profitable day at Spiel Essen in Germany when their cash box containing the money made that day was stolen. In what seems like a targeted effort, this theft not only was a big blow financially to the small company, but also a blow to their confidence in the gaming community. How could this happen in a place where the purpose was to enjoy a common love of gaming?

Instead of letting this terrible situation keep them down, some gamers quickly created a nanogame ironically called “Steal This Game.” The premise? One player is the publishing company and the other player is a thief trying to rob the company. Sound familiar? With two dice and a simple card, two players can play in five minutes or less. 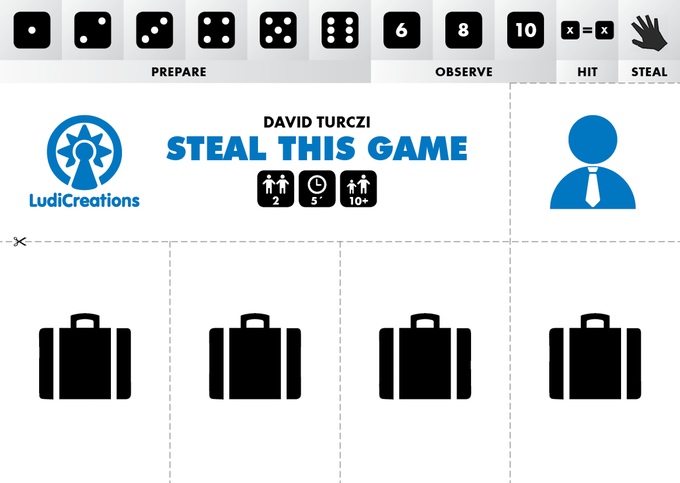 LudiCreations launched a Kickstarter to release the game and recoup some of their losses, with rewards also including many of their other successful titles. They’ve already surpassed their goal of $1,000, but by supporting the Kickstarter, you’ll get some cool new games and also help LudiCreations get the last laugh. Gaming is about community and this member of the community needs your help!

Make sure to check out the Kickstarter and support LudiCreations.

Know any other amazing community members that could use a signal boost? Let us know in the comments!

Monopoly Just Became An Official Sport In This Country

TAGGED: Kickstarter, Board Games, board game