RAYA AND THE LAST DRAGON Trailer Forms an Unlikely Team

Even the very best warriors need help sometimes. And normally the best thing they can do is enlist the aid of a powerful creature. But the fantastic new trailer for Disney’s next big animated film, Raya and the Last Dragon starring Kelly Marie Tran, introduces a different kind of magical beast. Because just like not all heroes are created equal, neither are all dragons.

Some of them are lazy.

“Raya and the Last Dragon takes us on an exciting, epic journey to the fantasy world of Kumandra, where humans and dragons lived together long ago in harmony. But when an evil force threatened the land, the dragons sacrificed themselves to save humanity. Now, 500 years later, that same evil has returned and it’s up to a lone warrior, Raya, to track down the legendary last dragon to restore the fractured land and its divided people. However, along her journey, she’ll learn that it’ll take more than a dragon to save the world—it’s going to take trust and teamwork as well.”

This latest promo is Disney’s best yet for the movie. It’s funny, exciting, provides our best look yet at the full cast and story, and features some shots that have a chance to be instantly iconic. We’re always going to geek out for a brave warrior walking towards a calamity as everyone else flees in the other direction. Especially when the artwork is as beautiful as it is here. 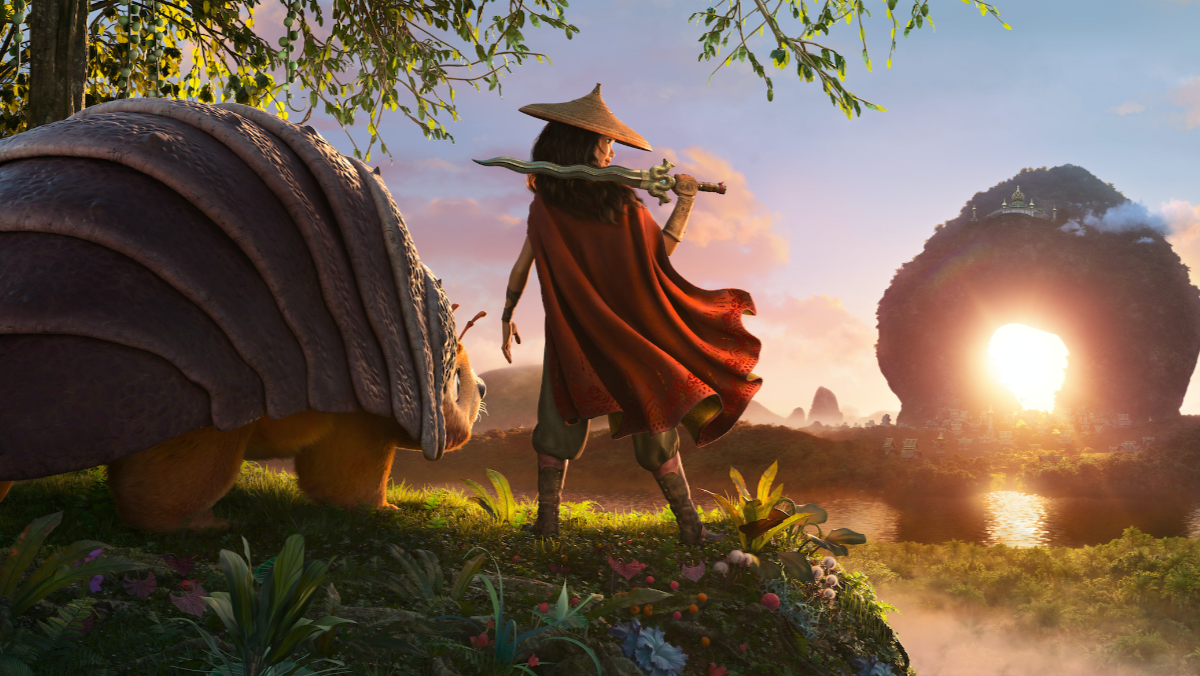 Hopefully Tuk Tuk isn’t as lazy as Sisu. Even the greatest warriors need help sometimes. But you can’t have two lazy people on the team if you want to ace your assignment.

Raya and the Last Dragon comes to theaters and on on Disney+ with Premier Access on March 5.