There’s a whole community of people dedicated to building and painting miniatures for fun. That group includes Superman and Geralt of Rivia himself, Henry Cavill. One of Hollywood’s biggest stars, a man so large he looks like an actual superhero, spends his free time carefully constructing and applying paint to Warhammer 40,000 pieces. But there are other ways to show your love for those miniatures without giving up hours to finish one. Like the person who showed their appreciation with their wallet. They spent a record $35,0000 on a rare Warhammer 40,0000 miniature.

Emil Nyström and the gang behind the YouTube channel Squidmar Miniatures shared the news of what they consider a very unexpected—though very appreciated—windfall. They put together a rare 1997 Games Workshop Warhammer 40,000 miniature. The model Thunderhawk Gunship is one of the hardest to find. It’s also one of the most complex and expensive. The company only produced three of them during their original run in 1995. In 1997 they upped the total to just 500 units. The 204-piece model, which came in a wooden box and weighed 22 pounds, also sold for a big price then: $649.99. And getting an unopened one now costs a lot more. 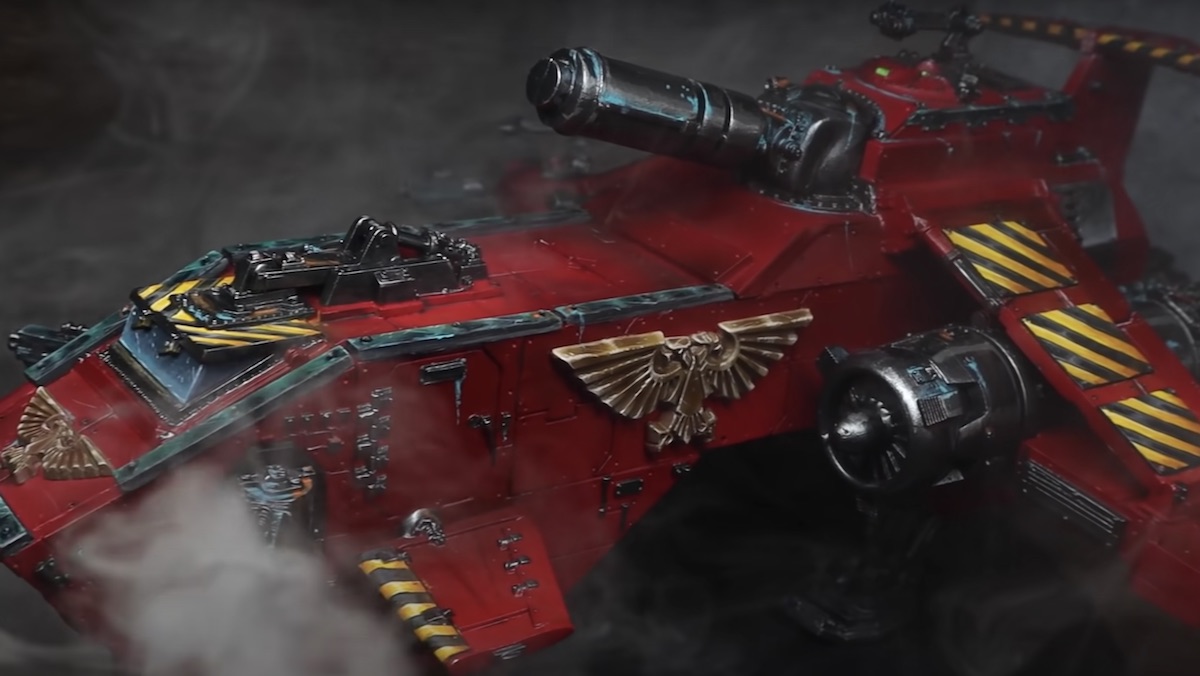 That’s peanuts to what it ultimately went for to a buyer from Australia. Buying an unopened kit and completing it was money and time more then well spent.

After the team put it up for auction (a sale we first learned about at Polygon), they hoped it would go for a couple thousand dollars. They knew actually building it might even bring down the price. Instead it sold for more than any other Warhammer 40K miniature ever.

Squidmar Miniatures shared the full story behind the pricey gunship’s build, its history, and surprising sale in a series of videos.

Building and painting miniatures is a fun activity for a lot of people. For some of us though it seems like the most stressful thing in the world. It requires patience and a steady hand.

But we bet even Superman himself might be a little nervous applying paint if he knew the miniature in his Kryptonian hands might potentially sell for a record-setting price.