Look, it’s no easy task stealing the Declaration of Independence. But we know it can be done because Nic Cage did it. As told in the documentary National Treasure*. If you want to steal the United States Constitution though, you’re entering unchartered waters. And with Cage’s never-ending busy schedule there’s no guarantee he’ll be available to help. Fortunately you don’t need to burgle one to own a copy. A rare original first printing is going up for sale.

You will likely need to rob many, many banks to pay for it though. 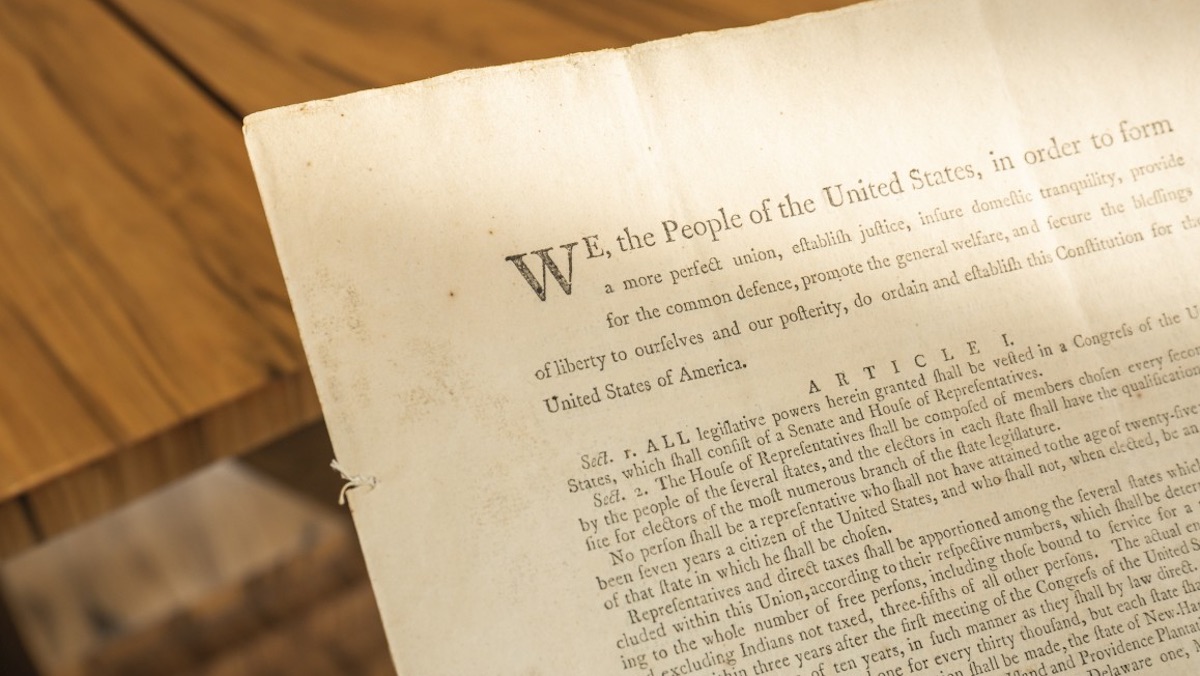 Sotheby’s is putting a very elusive, very important item on the block. The auction house is selling one of just 11 surviving copies (out of only 500) of The Official Edition of the Constitution, the First Printing of the Final Text of the Constitution. It dates back to 1787 and the Constitutional Convention and Continental Congress. That’s the convention that led to the United States government we know til this day.

This copy is the only one that still remains in the hands of private collector. But owner Dorothy Tapper Goldman is putting the proceeds to good use. She will donate the entire sale to her foundation. And it’s a fitting one for the Constitution. Sotheby’s writes the Dorothy Tapper Goldman Foundation “is dedicated to furthering the understanding of our democracy and how the acts of all citizens can make a difference.”

The auction (which we first heard about a t Boing Boing) will take place in New York City this November. With an expected sale price of a measly $15-20 million dollars.

The official edition of the Constitution is held on display at @Sothebys marking the first time a historical document will be presented in a fine art evening auction. The first printing is expected to sell for an estimated $15/20 Million. Photo by John Angelillo/UPI pic.twitter.com/vfb5cQ21eT

…Okay, we aren’t Danny Ocean and we don’t have George Clooney’s phone number. So the only way we’re taking this home is if we, in fact, steal it. Fortunately we know exactly who to call to do that.

*Oh, it’s not a documentary, you say? It’s a fictional movie? Well if you want to live in a world where Nicolas Cage didn’t actually steal the Declaration of Independence.