Ranking the Songs in THE MUPPET MOVIE

On June 22nd, 1979, The Muppet Movie brought Jim Henson’s cavalcade of magical creations to the big screen for the first time. Though the movie opens with a meta-framework sequence involving Statler and Waldorf, and eventually the rest of the Muppets, arriving at the movie’s own studio screening, the true heart of the film begins with simply the sounds of the distant strumming of Kermit’s guitar. These opening notes, the first of many penned by Paul Williams and Kenny Ascher, kick-off decades of the importance of music in Muppet films.

So, in honor of that film, I decided to take on the arduous, thankless, and utterly terrifying task of attempting to rank all of the Williams/Ascher songs from The Muppet Movie. (Sorry, “America the Beautiful.”) 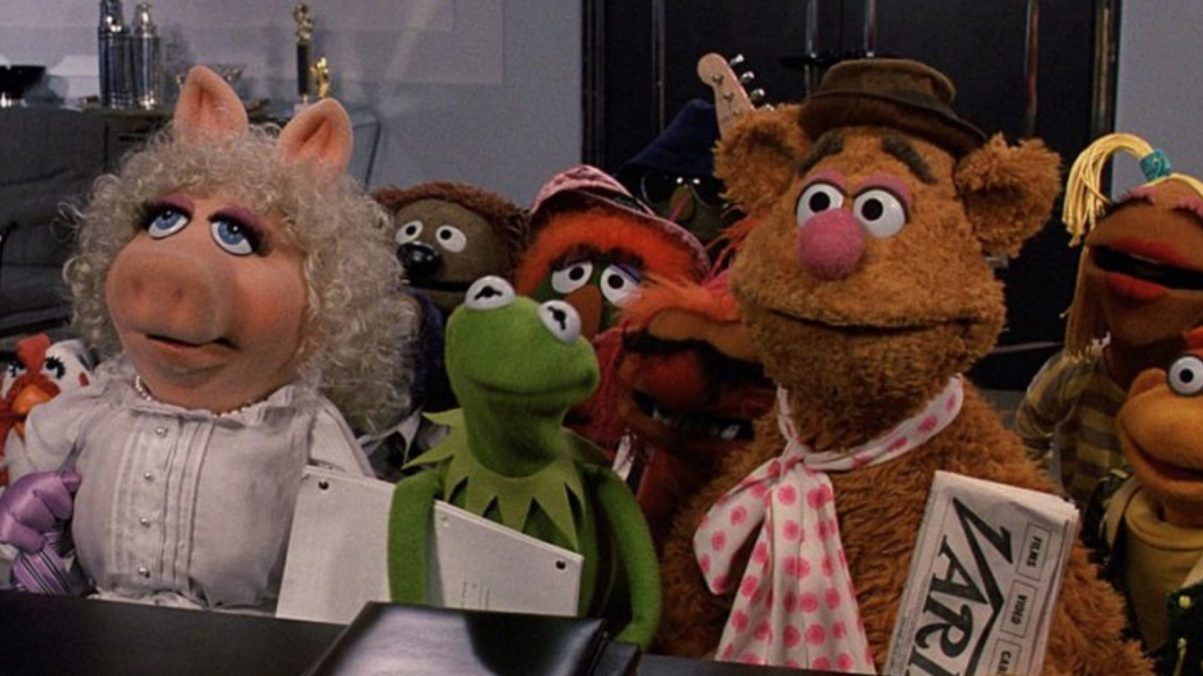 As a Muppet fan, you either love Miss Piggy or you don’t. Sadly, as much as I want to support one of the only major female characters, and pretty much the only one in the main Muppet lineup, I have never really loved her. She has some great moments, like leaving the movie midway because her agent calls her with a commercial deal; it felt like the Muppet Show was always more conducive to letting her shine with those kinds of moments. My least favorite moments with Miss Piggy are the ones like this that revolve around her and Kermit as a romantic pairing. Toss in the piercing shrillness of the song in such high falsetto, and it’s maybe my only clock-glancing number in the whole film.

Nothing but love over here for Doctor Teeth and the Electric Mayhem. This song also sets up one of my favorite jokes in the movie: “I don’t know how to thank you guys.” “I don’t know why to thank you guys.” Out of all the songs in the film, though, as catchy and fun as it is, “Can You Picture That?” feels the most like Paul Williams could have just plucked it from one of his albums. I think if this song had appeared in an episode The Muppet Show, it might have been more of a standout than it is.

5. “I Hope That Something Better Comes Along”

Admittedly, I might rank this song higher on my list here more because of what I love about it as an avowed Jim Henson fanatic. There’s something magical about Rowlf, one of Henson’s earliest Muppet “stars”; he’d perform on The Jimmy Dean Show, in an era Kermit was still a sort of an amorphous lizard thing. By the time of this scene of course, Kermit was undeniably the most iconic Muppet. Indeed, he’s the one most closely associated with Henson and his own personality. It’s like Henson singing a duet with himself and celebrating his own work’s history. Plus the joke of Rowlf saying he takes himself for a walk will remain with me forever.

This is where the rankings start to get really hard.

There’s really nothing bad to say about this song. It’s a purely charming, catchy banger between Kermit and Fozzie. The sequence is full of silly gags and feels like it echoes the friendship of performers Henson and Oz. As someone who has driven across the country multiple times, it’s almost impossible not to have had this song in my head at some point. And it does perfectly represent that sort of lost but not really feeling, the haziness of the brain from staring out a windshield for double-digit hours. Especially with a bear in the car.

Along the same lines as the connection between Henson and Oz in “Movin’ Right Along,” it’s hard not to feel a little bit of autobiographical glee coming off the entire company in this closing number. That the Muppets had grown from coffee salesmen and local TV wunderkinds into the stars of their very own motion picture is huge. And the message of the song, the self-empowerment to take the things you dream about and fantasize about and work to make them your own, is an optimistic and enduring one.

Undoubtedly the most iconic song from the film. It earned Williams and Ascher an Oscar nomination. Countless musicians have covered it. It was the song that the 2011 The Muppets movie chose to use as a tethering track between the two films. It’s such a simple, stripped-down song, but not simplistic. Williams and Ascher crafted it specifically for Kermit’s speech patterns. Like “The Magic Store,” it contains a message of the power of thought and imagination that could easily be a thesis statement for everything that Jim Henson, and by extension, the Muppets, stood for.

For all the joys and excitement of “The Magic Store,” and “Rainbow Connection,” there’s just something truly remarkable about this song. “Someday” isn’t just my favorite song from The Muppet Movie, it’s a song that is a strong contender for my favorite out of any Muppet property, including The Muppet Show, Fraggle Rock, and any subsequent movie following this one. Maybe I’m biased by my memories of being a young queer kid who didn’t know how she fit into the world. I feel like anyone who felt like a lost outsider could relate hard to Gonzo, the “weirdo” in a group even as offbeat as the Muppets. Him wandering off into the darkness to ponder the nature of longing and belonging is something that has only grown to hit me harder and harder as I’ve grown older.

The other songs in this movie often inspire me,  “Someday” haunts me. The Muppets have never been explicitly for children, and running gags throughout this movie drive that point home. Even so, this song’s placement in this film, during the collective and literal dark night of the Muppets’ soul remains one of the most universally beautiful things about it.

The Muppet Movie is available to stream on Disney+.