Halls of Fame exist for two reasons. The first is to honor the truly elite in a given field with the ultimate tribute. They are venues designed to bestow eternal respect and gratitude to those who exemplified the highest level of achievement for a sustained period of time. The second reason is so we have something to get mad about, because the only thing more fun that watching a Hall of Fame induction is yelling over who got robbed.In that spirit, we’re ranking a group of candidates we care about deeply–the 2018 Toy Hall of Fame finalists–to determine which beloved plaything is most worthy of enshrinement. Make no mistake, this is very, very important. The National Toy Hall of Fame is a real place you can visit at The Strong National Museum of Play in Rochester, New York. Only two or three of these 12 classic and iconic toys will be inducted on November 8th, and when you visit you’ll want to see that the most deserving ones have made it in. 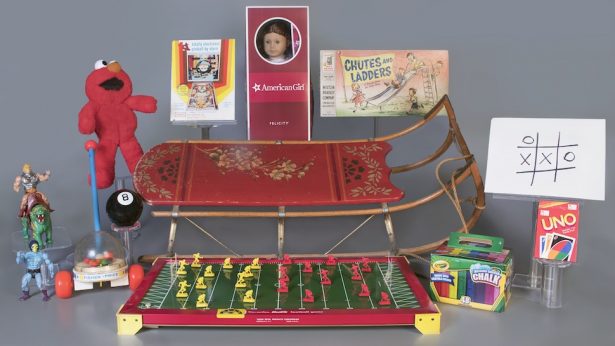 To determine the best of the best we’re judging them based on factors like historic stature, mass appeal, timelessness, influence, and, most importantly, fun. Remember, though, we’re talking about great toys, so there are no losers here, just bigger winners. 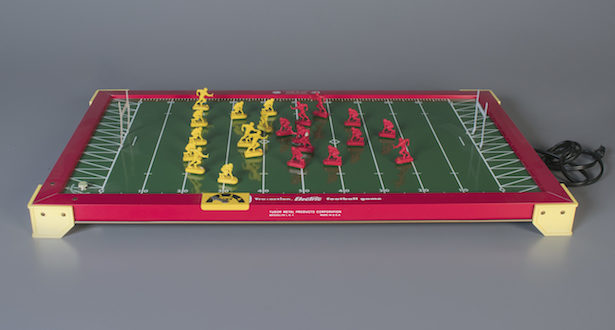 It might have been fun to watch a bunch of small figures shake, fall over, and only occasionally move forward on a vibrating piece of metal 70 years ago before the world got television, but this “game” has always been more of a novelty than something you “play.” You just kind of watch it quiver for no reason. The only football game it replicates is one played by drunk people during an earthquake. 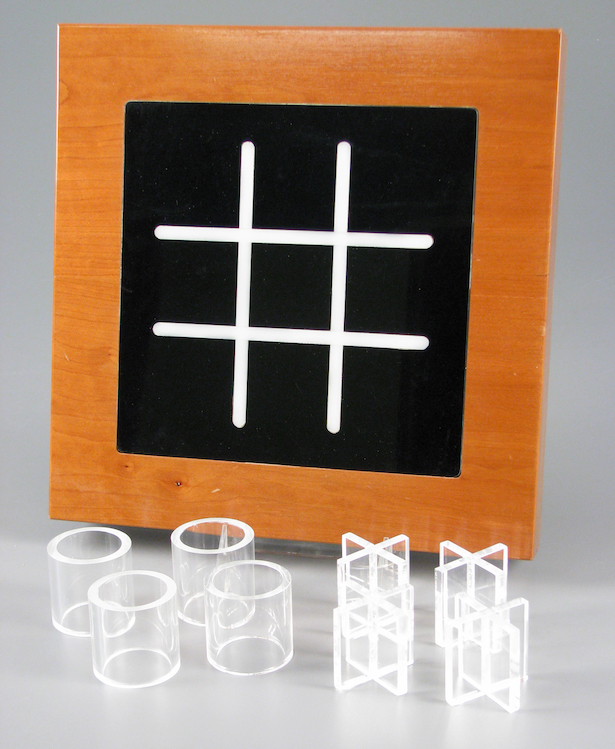 Everyone has played tic-tac-toe. It’s one of the easiest, most famous games ever created, a genuine icon. That’s partly because it only requires a finger and some dirt to play, making it available to anyone at any time. It’s also boring, repetitive, and unwinnable if the two people playing pay 1% of attention to what is happening. There’s a reason the most famous game of tic-tac-toe ever, the one at the end of WarGames that helped avert nuclear war, involved an advanced computer figuring out the best thing about tic-tac-toe is never playing it. 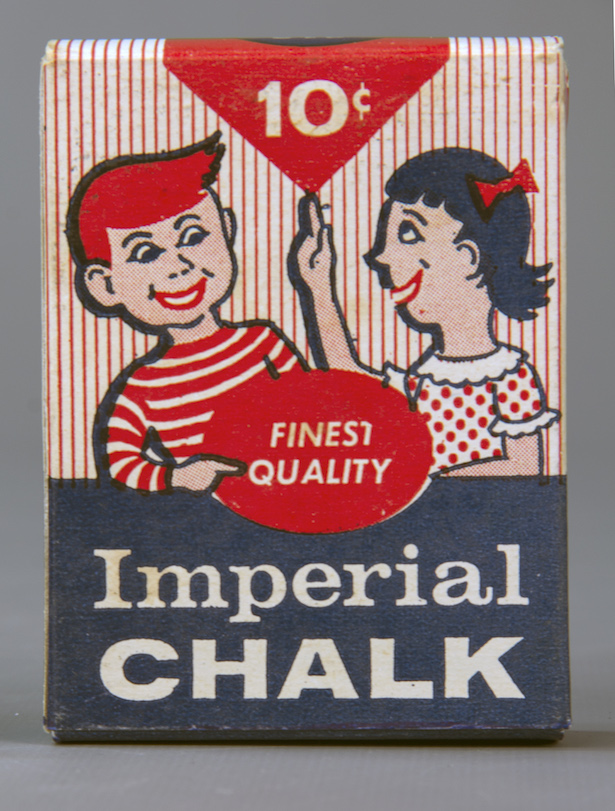 On one hand, chalk has long had mass appeal to kids of all ages. It helped cave children pass the time until a mastodon stepped on them thousands of years ago, and it can turn any sidewalk into a work of art today. On the other hand….is chalk a toy? Has anyone ever referred to chalk as a toy? Do you play with it? Or do you use it to draw? Would you call colored pencils toys just because you can use them to make art? Chalk is great, but this is the Toy Hall of Fame, not the Writing Instrument Hall of Fame. 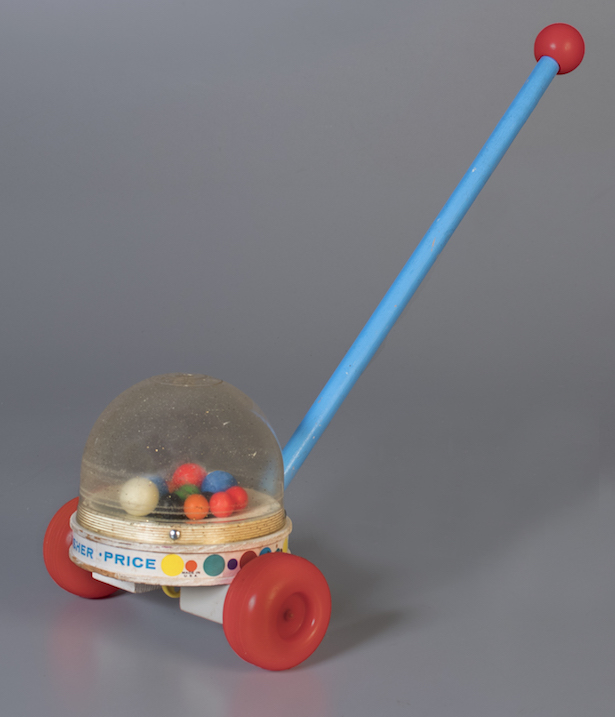 Hell yeah; a Corn Popper! It combines everything you’d want in a toddler’s toy: movement, bright colors, popping sounds, and ease of use. Question though–did every kid have their very own, or are there just like 200 that constantly get passed around? Because for as beloved and popular as the Fisher-Price Corn Popper has proven to be since 1957, its appeal is to a very limited age range. 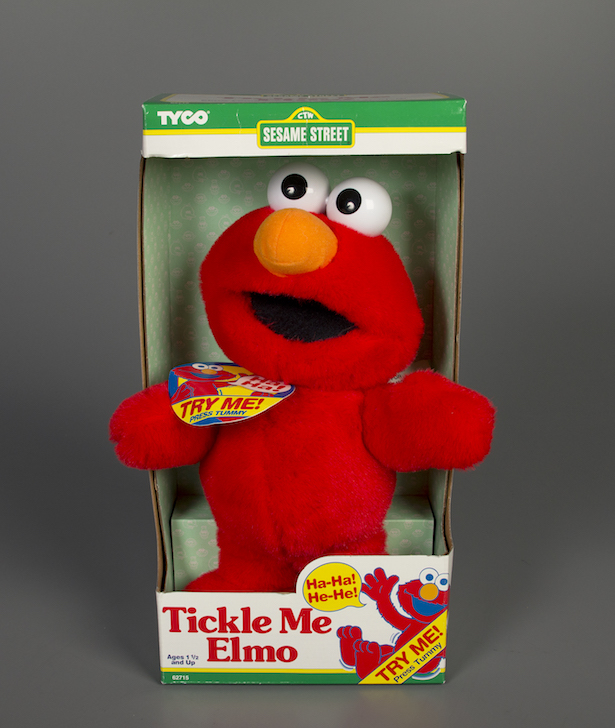 Pros: Tickle Me Elmo is a genuinely great toy with wide appeal to all kids. It’s funny, featuring an all-time great character who makes noise, and it vibrates. Cons: It only came out in 1996, and we might not even remember it had it not become one of the all-time legendary “must-have” Christmas toys. That holiday season was insane; people were going nuts to get one of these. But there are dozens of amazing toys every year that don’t hit the seemingly random “gotta-have-it” jackpot. The Toy Hall of Fame should be about sustained excellence, not honoring a brief mania.

Tied 6. Masters of the Universe and American Girl Dolls 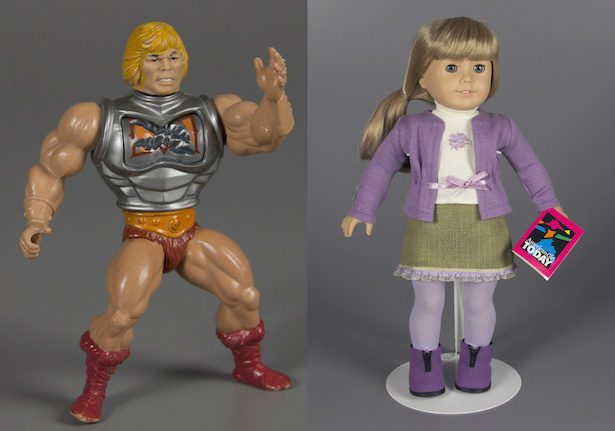 These two classic toys, both introduced in the ’80s, share similar strengths and weaknesses. They were massively popular, they both exemplified the best of their specific subset of toys (action figures and dolls), they inspired other collectibles, and they are instantly recognizable. The issue is that both were geared specifically to one gender, so large portions of multiple generations never played with them. We might have a better concept in 2018 of how uninformed it is to label toys as being “just” for boys and girls, but there are other, stronger finalists on this list that were also popular with everyone. 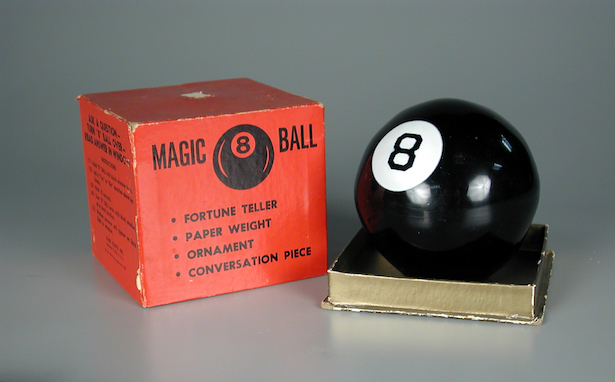 Once again another finalist poses an existential debate: is this a novelty item or a toy? Toys usually require some kind of physical movement to use them, and you have to slightly shake a Magic 8 Ball, but asking a random answer generator a question to get one of a handful of predetermined replies isn’t “interactive” so much as a goofy way to pass the time. We understand why such a famous item that has been popular with kids and adults for over 70 years was worthy of making this list, but the lack of clear toy qualities keeps it from being enshrined over better candidates. 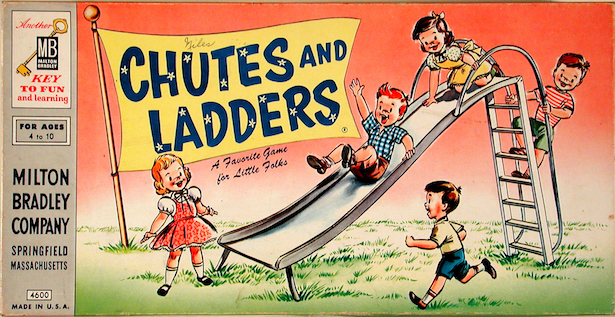 You know how you know Chutes and Ladders is a great game? Because if you were to rent a summer home and you found a copy of it in some closet, you’d still play it even without any kids around. It might not involve any real skill, but it’s simple and exciting. No wonder its origins date back over 100 years to an ancient Indian game called snakes and ladders. Actually, “snakes” sounds way better than “chutes.” That slides this down a spot. 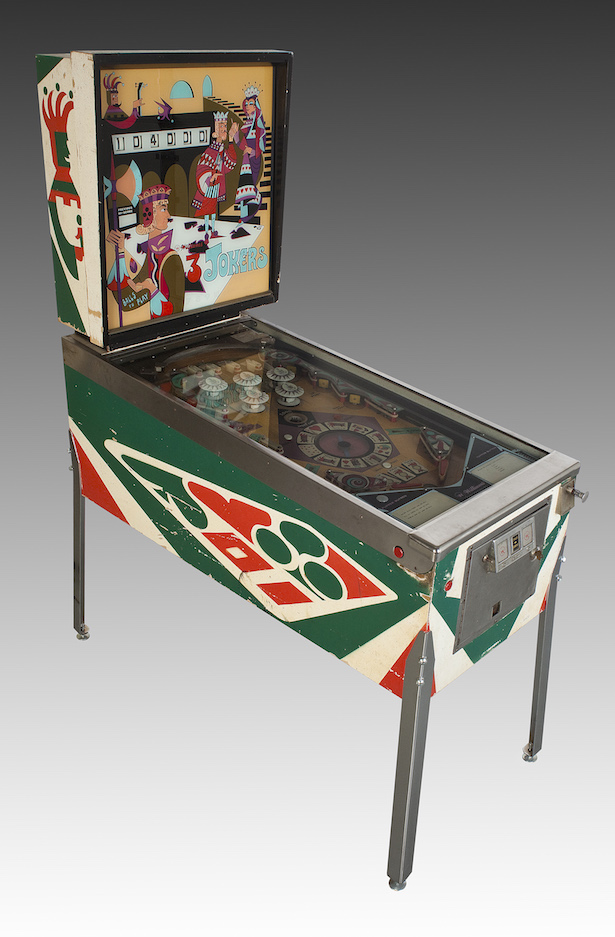 Few games have ever been more ubiquitous, and few have ever been designed to be enjoyed by kids and adults alike. You can find pinball machines in arcades, family restaurants, amusement parks, and bars. It’s a very simple game that’s almost impossible to master (at least that’s what I like to tell myself, as the worst pinball player alive). And because they can be designed with any theme, event, or property, you can always find a new machine to spend some quarters on. Pinball has always been fun and will always be fun, no matter where you are or how old you are. 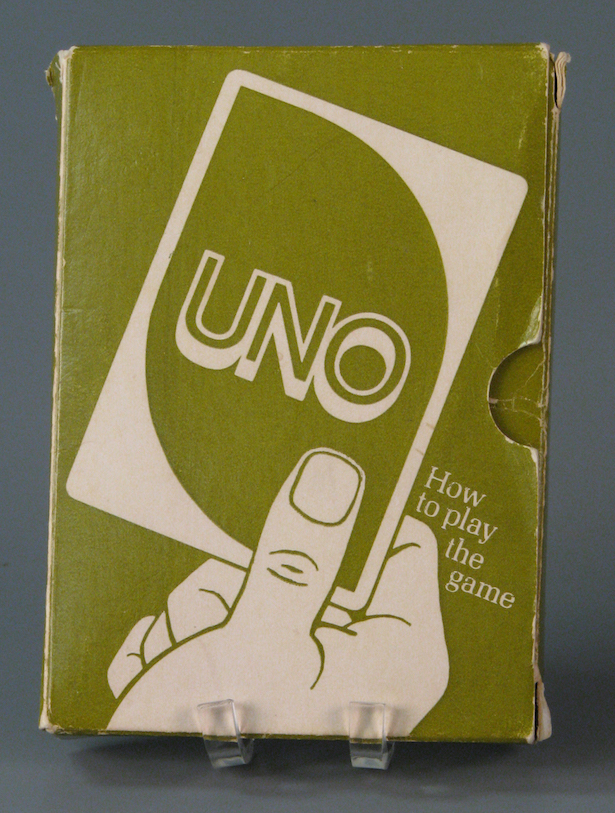 Uno might be the single greatest kid’s card game ever. It’s more exciting than Go Fish, requires actual strategy unlike War, and everyone and anyone knows how to play it, unlike Spades, Hearts, Old Maid, and Crazy 8s. (Yes, you might know how to play those games, but how often do you have to teach them to others?) Uno has an easy to understand goal–get rid of all of your cards first–but with some wonderful pitfalls. You have to pay attention and use some actual game theory to win, or you can end up with half the deck in your hand. Also extra points to throwing down a Draw Four on your smug friend who thinks they are about to win. That moment should be in the “Best Feelings in the World” Hall of Fame. 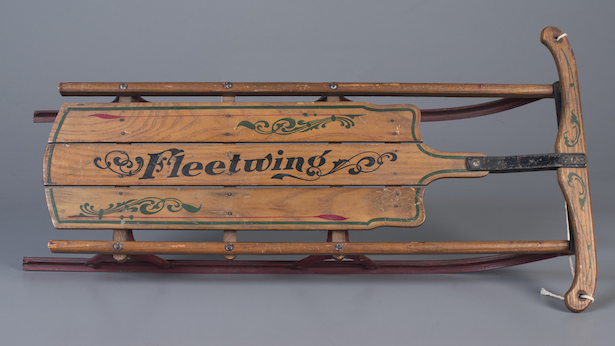 A sled’s design is so elegant, and its purpose so pure that you can craft one from a trashcan lid or a thin piece of sheet metal, for a sled’s appeal knows no boundaries of class or economics. For as long as there have been hills of snow, both children and adults alike have enjoyed the joy of speeding down them. You could not craft a better, more enjoyable item for play, one that beckons you outdoors to savor the simplest and sweetest pleasures life has to offer. A sled is a perfect toy, and it should glide right into the Toy Hall of Fame.Just as long as it doesn’t hit a tree on the way there.But what do you think? What did we get right and what did we get wrong? Which classic toy do you think deserves the ultimate honor? Play around in the toy chest of our comments section below and let us know which one you’d vote for.The Strong will announce which finalists have earned induction into the National Toy Hall of Fame on Thursday, November 8, at 10:30 a.m.