SMALLVILLE: The Blueprint for the DC TV Universe - Nerdist

SMALLVILLE: The Blueprint for the DC TV Universe

On October 10, 2012, the CW started what would be an influx of DC Comics-inspired programming with the premiere of Arrow. Two years later, The Flash and Gotham (on Fox) would join it. In 2015 CBS had Supergirl fly into our screens and this January we will look the future with the Legends of Tomorrow.

These series would not have the popularity that they currently celebrate if there wasn’t a blueprint to show how they can be successful. For 10 years, the CW had that blueprint in the form of Smallville. Smallville is the story of Clark Kent (Tom Welling) as he grew from a high school freshman into the Man of Steel. Comparing this “old guard” of DC programming to the current shows, there are many ways Smallville showed what would work and what to change. Let’s take a look at Smallville’s influence on today’s DC shows.

The Act of Betrayal 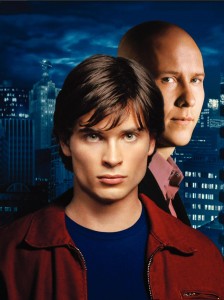 The very first episode of Smallville introduced Clark to a new friend…Lex Luthor? That’s right, for the first few years of the show’s run, Lex and Clark were best friends. Yes, there were moments that hinted at their eventual rivalry, but Lex was originally interested in gaining Clark’s trust rather than destroying him. Overtime, wanting to be a part of Clark’s life slowly turned to jealousy, and it was if Lex just wanted to HAVE Clark’s life, rather than just be a part of it. It wasn’t until the season 7 finale “Arctic” that Lex learned of Clark’s secret. Lex’s jealousy clouded his mind and saw this as a betrayal one can’t come back from, that necessitated Clark’s destruction. Continuing to proving himself the hero, Clark’s last words to his now nemesis and former friend: “I’m sorry I couldn’t save you, Lex.” Those words were so strong for viewers because they had spent the last 10 years hoping history would be changed, even though you can’t escape fate, with Clark being the hero and Lex his arch-enemy. 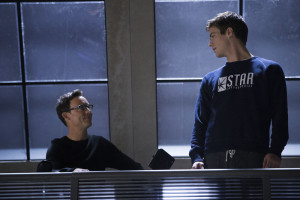 The season one arc of The Flash mirrored this “friendship turned rivalry” with Barry Allen and Harrison Wells. Dr. Wells appeared to want to help Barry become a hero and fight evil-doers, like the man who had murdered Barry’s mother, the Reverse-Flash. When it’s revealed that Wells HIMSELF was the Reverse-Flash, Barry’s world crumbled. However, just like Clark rose to become Superman despite the betrayal of his friend, Barry was also able to push past betrayal as heroes must. Arrow did something similar with its season 2 arc featuring Oliver and Slade Wilson. They began as friends on Lian Yu (the island Oliver was trapped on), but the combination of the Mirakuru serum and the death of Slade’s love Shado turned them into bitter enemies, eventually resulting in the death of Oliver’s mother. Just like Barry, it was how Oliver was able to push past this tragedy and stop Slade that helped form him into a better hero. 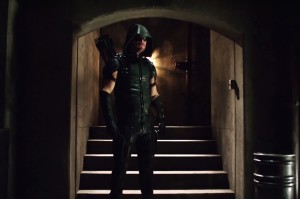 The image at the top of the page is the last shot of the last episode of Smallville. Clark takes off his glasses and rips open his shirt to reveal the classic “S” shield. It was a moment fans had been waiting a decade to see. It made sense for it to be that last moment because as I said before, Smallville was about Clark’s journey to Superman. Most of the viewers were also comic book fans so that last shot was something already ingrained in their minds. For Arrow, it wasn’t until the season 4 premiere that Oliver was able to shed the identity of the vengeful “Starling City Vigilante” and embrace his destiny as the heroic Green Arrow. 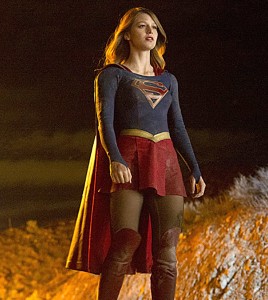 Thankfully, a good portion of our DC shows BEGIN with them becoming the hero, so we get to see those iconic “hero reveals” a little early. With Supergirl and The Flash, it was in their respective pilots. That’s because their stories revolve around their role as a hero, rather than their journey to become one. What these shows gained from Smallville was to make sure the reveal, or “Hero Shot” is shown to the viewers when it’s right, so the impact is at its greatest.

A blueprint not only shows the exact places to build, but it also warns you of things to avoid. You don’t want to break ground on top of a gas main, or even worse, an ancient burial ground. Let’s look at how Smallville provided us with one of those spots to avoid. 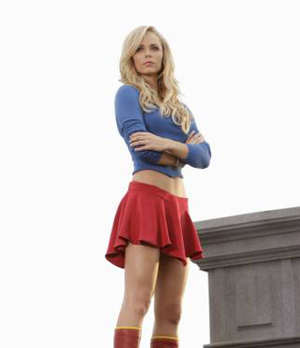 Season 7 of Smallville brought another refugee from the planet Krypton in the form of Clark’s cousin, Kara. Although she was sent to Earth like Clark, she was trapped in suspended animation for 18 years due to a ship malfunction. This version of Kara is the same age as Clark, whereas in the comics she is years younger. In Smallville, this led to conflicts with Clark in regards to trust as well as using their powers because Kara did not look up to him in the same way she does Superman. Supergirl has always wanted to live up to her cousin’s legacy, not argue with him constantly. On Smallville, they seemed more like reluctant acquaintances rather than close relatives. Turning this character into more of an antagonist rather than one of Clark’s closest allies does not make her the hero people should be inspired by.

The CBS Supergirl is everything she should be and more. She searches for her own place in the world while following and upholding the values that make Superman a hero. Because of this, the CBS Supergirl knows the difference between standing up for yourself and starting conflict for no reason. This is the Supergirl people aspire to be like. So how did Smallville help with this? Easy. They showed what NOT to do with this iconic character.

With the premiere of Legends of Tomorrow just weeks away, DC Comics doesn’t look like it’s slowing down when it comes to creating amazing television. Thanks to Smallville, they have a resource to pull inspiration from.

So what do you think? Is there anything else Smallville helped to influence with these current shows? Let me know on Twitter or sound of in the comments below.