Ra and the Importance of Reprinting Tabletop Games - Nerdist

Ra and the Importance of Reprinting Tabletop Games

Last year, Fantasy Flight Games introduced their new Euro Classics line and under it, reprinted Tigris & Euphrates and Samurai. If you are an old timey game player like myself, these releases were a welcome reminder that some pretty awesome games were released in the late 1990s. Those were days when you had to pay a premium for German imports and then print off paste-on translations for the cards so that you could play them in English. Later this year, we’re getting another Euro Classic as part of this line and it is yet another timeless gem: Ra. 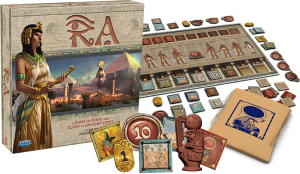 Fundamentally, Ra is a simple auction game with an Egyptian civilization-building setting and themes related to the value of culture, religion, geography, and leadership over time. There’s always a tough decision to bid on a bad lot to get a more valuable bidding stone for the next round or a quandary as to whether or not you should call for an auction on a lot that you know will be contested. It’s never been less than a compelling, surprising game and I haven’t stopped playing Ra, either with friends or with the reasonably well done iOS app.

When I’ve introduced the game to others, I’ve often had to deliver the crushing news to an impressed player that no, you can’t order a copy online. Like a lot of games from its time, over the years Ra has either been in between editions (including a poorly conceived edition that re-set it as a gangster game) or just plain out of print, with aftermarket prices spiking in response. A couple of summers ago, I went through a period of rediscovering many of the post-Catan Euro games from the late 1990s and early 2000s and I was shocked at how many were simply gone or only available from an Amazon Marketplace seller with a very optimistic price tag of $199.99. 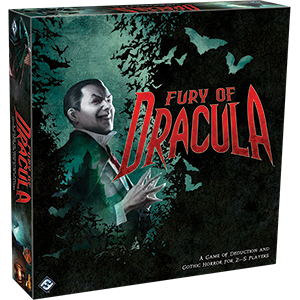 We’ve been through this before with the great American and British games of the 1970s and 1980s. There was a long period where you couldn’t just walk into a shop and buy a copy of Arkham Horror, Talisman, or Fury of Dracula. But then a cycle of reprints washed through and, suddenly, titles like these were back on the market and attracting new players to games with long, storied histories.

As a critic that has always valued games as an artistic, authorial medium, I’ve been the guy trying to get somebody to play a forgotten 20 year old classic over whatever is hot out of the Kickstarter mill this week. You’ve got to have a sense of where all of this stuff comes from. I embrace the modern and the forward-thinking in every medium, but I also highly value nurturing a sense of lineage, heritage and legacy. Much of my gaming experience is informed not just by what I played last week, but what I played last century. 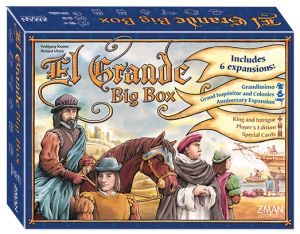 While some may look at reprints like the upcoming edition of Ra as unnecessary, atavistic, or even as lazy cash-grabs, I completely embrace them. I love picking up a new edition of a favorite game, as long as it hasn’t been fouled by “redevelopment.” Fortunately, companies like Fantasy Flight Games have learned the best way is almost always to preserve the past rather than bowdlerize it. I’m looking forward to a new edition of Ra with updated, modern production values and timeless gameplay that will never go out of style or off trend.

Recent reissues of El Grande; a very nice update of Mexica; the classic family game, Transamerica; and other titles from Ra‘s designer, Reiner Knizia, such as Medici and the tremendously underappreciated Amun Re seem to suggest that this current reprint cycle is in full flower. I’m very happy to see these games available to new players, who I think may be surprised at the simplicity and directness of designs from this period. 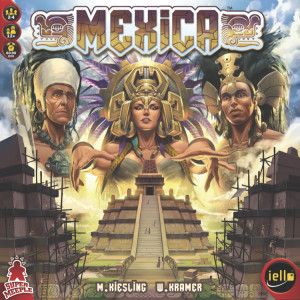 There are no traitors sabotaging the threat dials, no wacky real-time elements requiring that you play a CD, and no beautifully sculpted bubblegum machine figures. Just time-tested gameplay that is still strikingly relevant and modern.

Reprints matter, just as a new reissue of a classic novel or a remastered version of a classic film does. They keep vintage games in the conversation. It gives the medium a sense of scope and history. But most importantly, they can get those of us who played these games in the past an opportunity to revisit them and those that missed out a chance to discover the great, foundational games upon which the hobby stands today.

Check out an interview I did last year with Ra’s designer, Dr. Knizia, for Steve “The Mad Gamer” Week’s podcast here.