It’s still only August, which means we should all enjoy the last few weeks of summer as best as we can before the days get shorter and the weather makes a turn for the worse. But nooooo, some of you refuse to let us do that. August is when stores start stocking up on autumn flavors, lining their shelves with pumpkin spice everything. And this year we do mean everything, because you fall-obsessed piranhas have finally pushed things too far. Get ready for Pumpkin Spice Spam, a very real product that will be available soon. 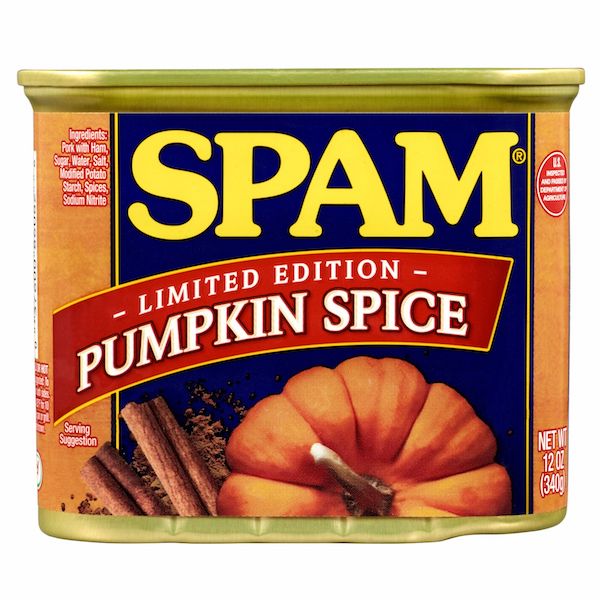 That’s right. Spam, the iconic canned pork and ham product that has been defying the odds since 1937, will release a limited edition flavor (which we first heard about at Delish) for this year’s fall season. If this sounds like a a bad joke gone wrong, well, that’s because that’s exactly what it is. In 2017, the company’s Facebook page posted a fake image of a pumpkin spice version of the foodstuff, but this year they are making it a reality on September 23 (only online from Spam.com and Walmart.com). So who’s laughing now? No one. No one is laughing. 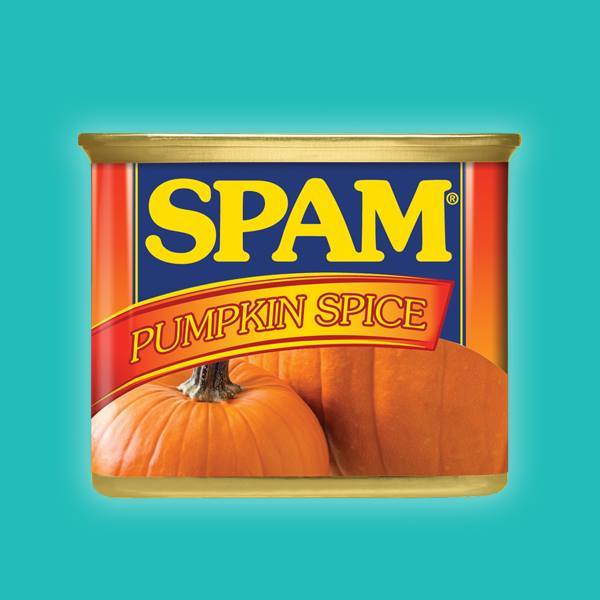 What’s even weirder though is the first reviews for it are pretty good! The Daily Meal was sent a sample to taste test, and they mostly gave it a thumbs up. While they said the “combined scent of heavily processed ham and sweet pumpkin spice was a bit off-putting” as they cooked it, “the general consensus was that the flavor really wasn’t bad” because the salty pork went well with the cinnamon, clove, allspice, and nutmeg of the pumpkin spice. They liken it to a breakfast sausage and recommend having it with eggs and waffles.

We’ll get right on that.

Pumpkin Spice Spam exists, and we tried it https://t.co/2q7eecuTwY

Eh, who are we kidding? We probably will. Pumpkin spice does taste pretty good. It’s just we’d prefer to start thinking about in mid-September, not August. That is unless someone wants to make us a Pumpkin Spice Piña Colada. How do you think that would pair with Spam?