Pugmire Is a Post-Apocalyptic Fantasy RPG With Dogs - Nerdist

Pugmire Is a Post-Apocalyptic Fantasy RPG With Dogs

Right now, you can get a copy of a game where you play a dog in a fantasy RPG called Pugmire. While at its simplest it seems like a game with a schtick, delve deeper and you will find a post-apocalyptic universe where humans once existed but no longer roam the planet. The world that now exists has been one shaped by those left behind; dogs, cats, and other creatures. They all know Man (or as they also refer to humans, “The Old Ones”) once existed and many adventurers wander the land seeking relics, treasure, and knowledge left by these creatures that once roamed the world.

The universe is remarkably compelling despite feeling initially campy. Admittedly, part of the appeal is its camp: there are playful puns (where dogs hail from Pugmire, cats come from The Monarchies of Mau) as well as some fantastically thematic gameplay and lore; powers used by canine player characters are referred to as tricks.  Dogs barking at nothing isn’t what it appears to be in Pugmire – invisible demons roam the land and one of the 7 edicts of the Code of Man (a spiritual path for dogs seeking to be a good dog) includes protecting all from the unseen. 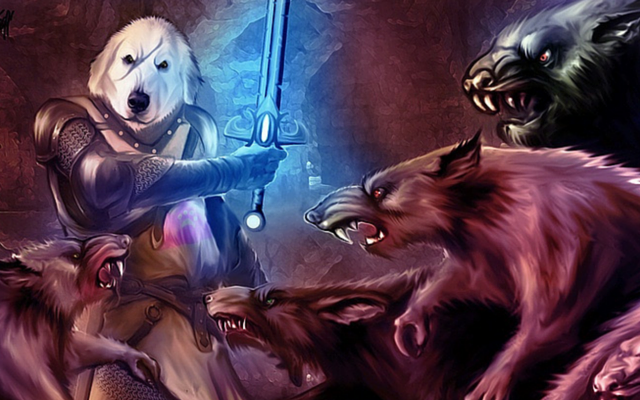 As a matter of fact, dogs barking at nothing helped inspire the game, according to Eddy Webb, the game’s creator. “I’ve been developing the world off and on for a few years now. It all started over a Thanksgiving break. I had ruined my normal laptop, and was stuck in a small apartment with my two pugs and a Chromebook. The dogs were driving me nuts barking at invisible things, so I started writing down notes for a fantasy world in which dogs barked at invisible demons.”

Players create their characters, taking into account breed (race), calling (class), and backgrounds. Take for example one of the of the characters, Pan Dachshund, who adds commentary to the Kickstarter. He’s a dachshund (a Herder breed) of the Hunter class (most closely identifiable to a ranger-type class) with a Free Dog background. 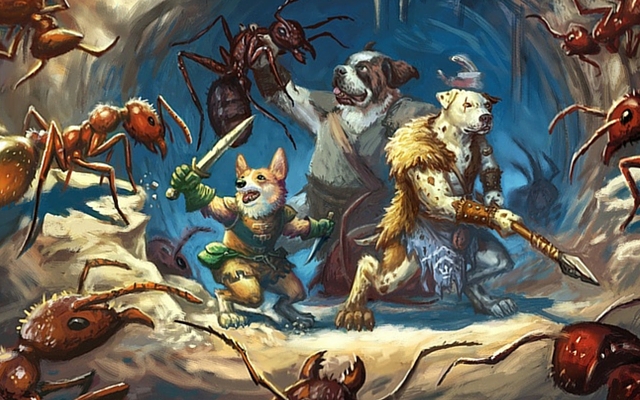 If you’re a D&D player, you might find the above information somewhat familiar, as Webb describes: “I started working on the system for Pugmire before D&D 5th Edition came out. When I got a chance to read it, however, I realized that a lot of where I wanted to take the system was already addressed in those rules. But the OGL for that edition wasn’t out until just a couple of weeks before we were ready to launch, so I rewrote the original (3rd edition) version of the rules to get closer to that.”

The game is being crowdfunded on Kickstarter to help publish physical copies of the book and get them out to retailers, but backers will have immediate access to Pugmire Early Access, an electronic version of the rules to download and play right away. We’ve had a peak at them, and Man damn, does it look fun (yes, the word god is replaced in Pugmire by man in expressive sayings including for Man Sake’s, Man Bless You, and Manforsaken.) 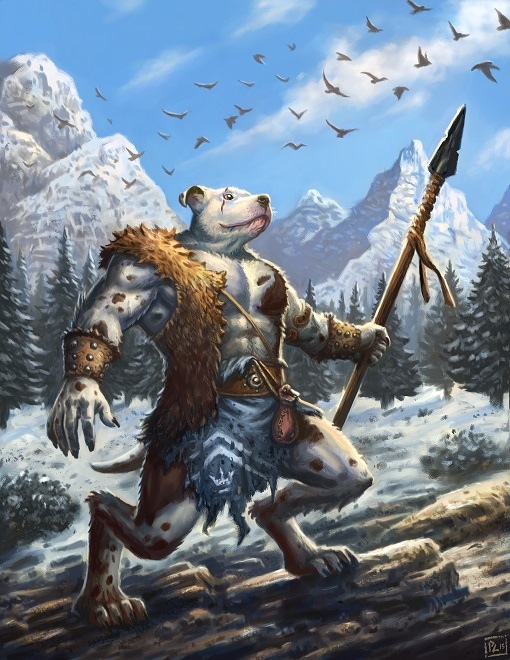 And for you cat lovers, have no fear. Webb also talked about the future of the Pugmire universe: “If things go well, I’d like to do a completely new game, tentatively called Monarchies of Mau. I could rewrite the rules a little so that the nuances of cat play could be emphasized, but in a way that would still be compatible with Pugmire if people wanted to have cats and dogs in the game group. Because in Pugmire you want to be a good dog, but in Monarchies of Mau you want to be the best cat.”

What do you think? What kind of dog would you be in the world of Pugmire? Let us know in the comments below!