Progressive Movements in Comics: The Ever-Adapting, Ever-Topical World of Superheroes

Comic books are a staple of literature and modern culture. They have stayed relevant throughout the ages, never being afraid to tackle the controversial and meaningful events at hand. That’s part of what makes comic book reading relevant and so lovable. Our favorite heroes deal with the same issues that we do, otherwise our worlds start to seem a little further apart. The biggest comic book news this week was Marvel’s announcement that Bobby Drake, a.k.a. Iceman, was gay. It’s not an entirely new concept (others have done it before), but it is notable in mentioning that more and more of our heroes are beginning to come to grips with these current, modern issues. In recent years, we have seen several characters embrace their sexualities, becoming a more diverse and well-represented group in the LBGT community and the rest of the world in general. Comic book characters are always adapting and dealing with our real world issues. Sometimes new characters are created, other times characters who are already well-established make life changes or deal with pain and loss in a very real and relatable way. In short, our heroes are evolving. In fact, we can go back through time and pinpoint specific events that helped shape and change the world of comics, and made our heroes’ stories just a little more relatable. 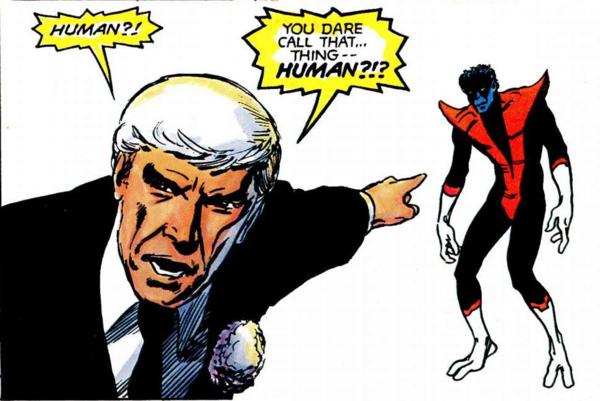 One of the most notable and arguably most successful of these progressive movements in comics was Marvel’s introduction of a brand new team: the X-Men. You might not have realized it, but Marvel’s band of mutants was actually created in order to parallel the Civil Rights Movement of the 1960s. When African-Americans fought for equality and desegregation in our world, the X-Men and mutants fought for acceptance and equality in theirs. The result…people sympathized with these new characters. They had first-hand experience of the injustice and the wrongfulness of what the X-Men were enduring. Stan Lee and his team had created one of the greatest parallel struggles in comic book history. 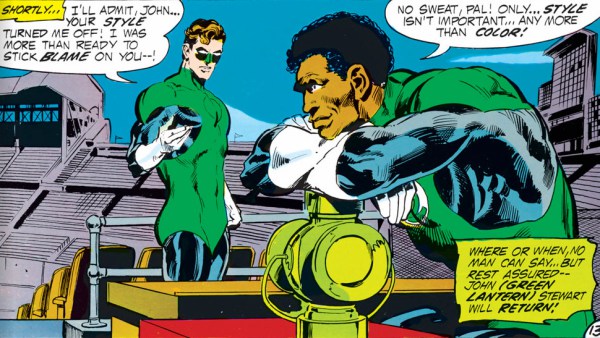 As Civil Rights continue to develop and embrace diversity and all ethnicities, our heroes have been represented by many different races and cultures. Perhaps one of the most notable of these representatives, is John Stewart, the Green Lantern. His introduction to the DC Universe was groundbreaking in many ways. We’ve seen several races, nationalities, and ethnicities in comics, and that groundbreaking movement continues to grow and develop to this day. 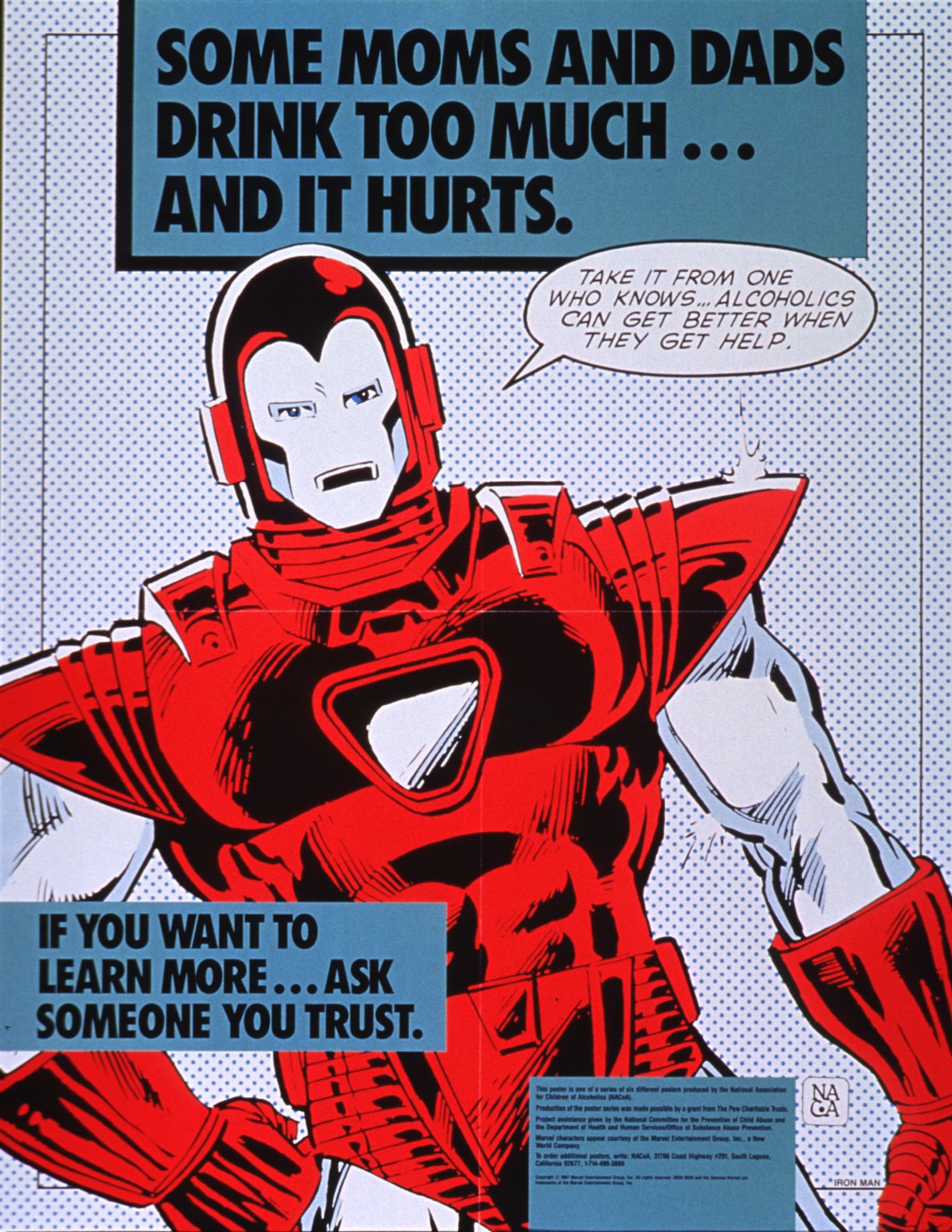 Sometimes, our heroes must deal with struggles both physical and personal. Tony Stark has always been associated with the billionaire, playboy lifestyle…but he is also renowned in comics for his personal struggles with alcoholism. By giving one of their flagship characters a very real, deadly disease, Marvel brought us, as readers, closer to the world of Iron Man. We watched him deal with his addiction in his own difficult way, and it was one of the first times that a character had to stand back from the huge battles taking place across the globe, and take time to fight a personal battle within himself. Alcoholism is a very real, very deadly and destructive disease. It can take its toll on us and our loved ones. But to see a beloved, fictional character struggle and ultimately overcome his battle with alcoholism gave readers a chance to view Tony Stark in a different, more connected light. 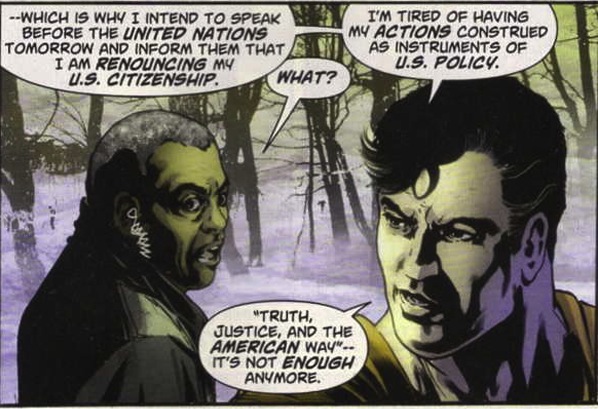 You might think of Superman as a symbol of truth, justice, and the American way…but did you know that Superman renounced his United States Citizenship? At a time where immigration concerns, diplomatic relations, and global protection were at the forefront of real-world attention, Superman was viewed as an American representative, despite his protection and dedication to the rest of the world. When countries began distrusting Superman because of his assumed connection to the U.S. government, he announced that he would be renouncing his citizenship in order to be taken seriously as a global representative. This controversial decision was made at a time when diplomatic relations were being strained, so readers could relate and understand with Superman’s difficult decision. 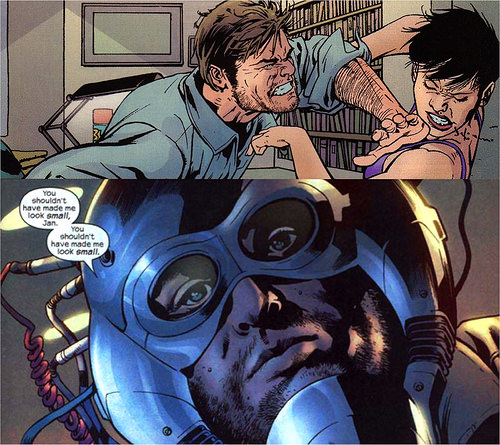 Sometimes these progressive decisions are more controversial than others. When Marvel introduced a new storyline where Hank Pym physically and verbally abused his wife, Janet Van Dyne, readers were shocked, and the reaction was all over the board. By tackling such a heavy issue, Marvel set itself up for controversy. But the decision was ultimately groundbreaking in many ways. It helped bring spousal abuse awareness to a new medium. Now, kids, adults, and all fans of comic books were getting a new look into the life of a very private and destructive issue, and it stirred talks and debates that might not have happened before. 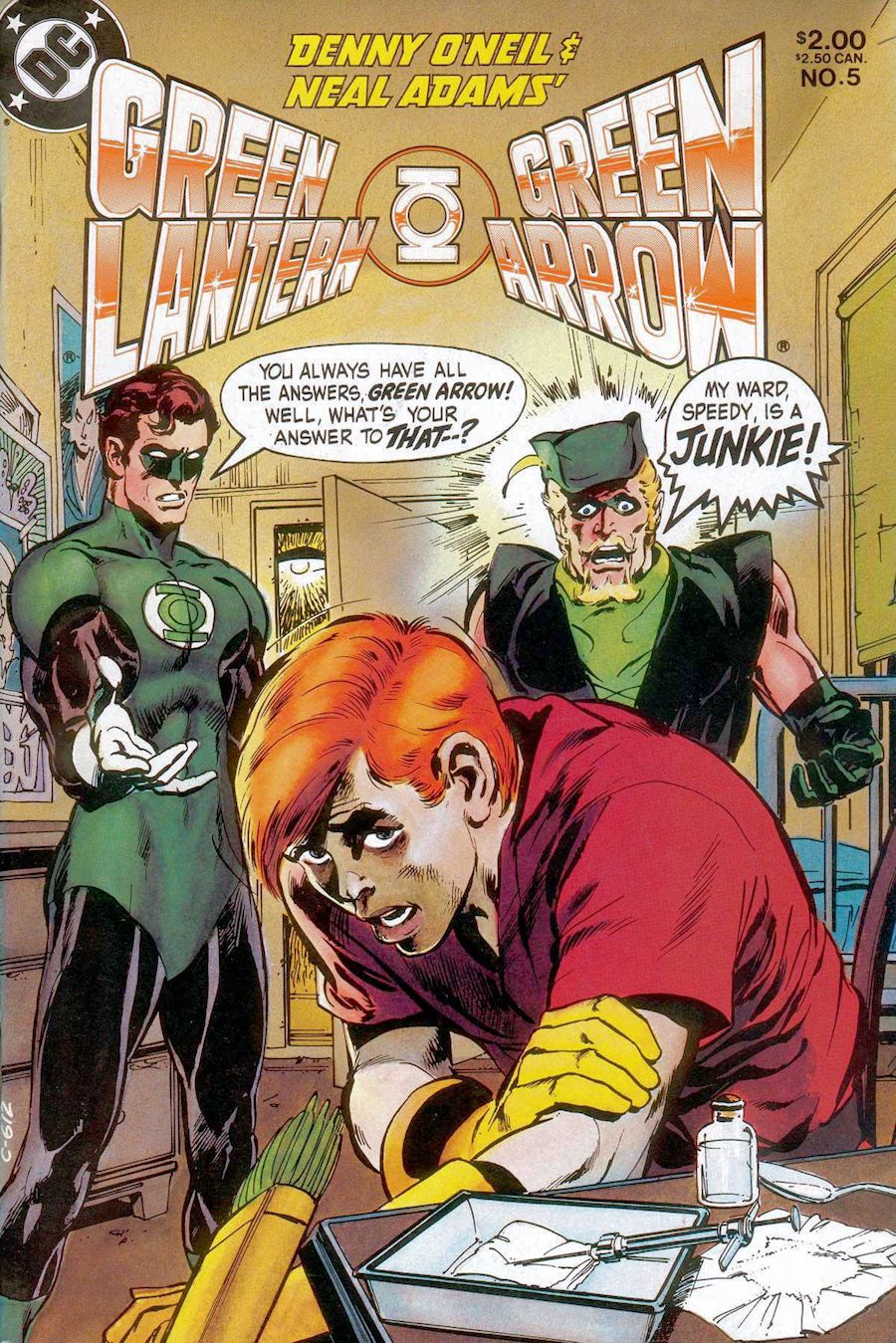 In DC comics, Green Arrow’s sidekicks have often dealt with many controversial issues. Roy Harper started using drugs, and readers were there as he struggled to overcome his addiction. They watched as Mia Dearden received the news that she was HIV positive, and read along as she dealt with this new and terrifying diagnosis. In a recent X-Men storyline, the team dealt with the repercussions of using performance enhancing drugs and steroids. In a time where steroid use in sports is still fresh and controversial, the X-Men struggled with the negative effects of steroids and medical enhancements to show readers just how destructive they can be. Comic books are never afraid to bring important issues to the forefront, and this is what ultimately makes reading topical and relatable. 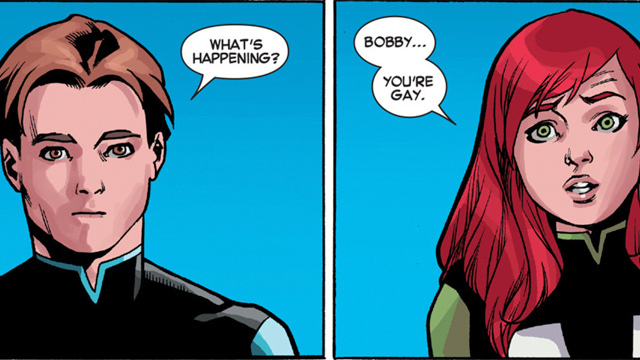 Comics, as we’ve seen time and time again, have also never shied away from the topic of love. We watched as Wolverine and Storm developed one of the comic book world’s first interracial relationships. We also watched as Scarlet Witch fell in love with the inhuman robot, The Vision. Various characters, like Hulkling, Wiccan, Enigma, Obsidian, Batwoman, Northstar, Apollo, Midnighter, The Question, Shatterstar, Rictor, Catwoman, Iceman and several others have announced their sexual orientation as either gay or bisexual. As comic books continue to give us a more modern take on love and our beloved heroes, we must come to expect that these progressive changes are a given.

The nice part about comic books is that they are a window into the world at the time that they were written. We as readers should know by now that change is inevitable and that our favorite characters are always going to be there to deal with the very same struggles that we are. We should find comfort in knowing that even the best still have to deal with very real problems and issues. Embrace and applaud these progressive decisions. The truth is, when it comes to us and our favorite comic book heroes…we aren’t so different after all.